ESPN’s Bill Barnwell wrote a great piece recently about the first round quarterback boom engulfing the NFL over the last decade. He found that highly drafted quarterbacks from this span are generally getting more time to prove themselves on the field than QBs of eras past. Occasionally, the same logic should be applied in Hollywood, where concepts and strategies can often be discarded prematurely after early stumbles.

One recent example is Legendary’s 2019 live-action feature film Pokémon Detective Pikachu. The goal, according to Legendary Entertainment producer Ali Mendes, was for the film starring Ryan Reynolds and Justice Smith to spark Hollywood’s next successful shared cinematic universe. The $150 million budgeted film earned a solid $433 million worldwide (making it the highest-grossing video game movie adaptation ever) while scoring a so-so Rotten Tomatoes score of 67%. However, it does not look as if a sequel will be getting made.

But that doesn’t mean Legendary should give up on the Pokémon property as a whole. The potential is there.

This year marks the 25th anniversary for the Pokémon property, which remains popular to this day. What began as a game has since expanded into several different facets of media and entertainment, maintaining user interest in a multitude of ways. Though The Pokémon Company no longer reports gross revenue as of May 2019, it is estimated that the IP has generated upwards of $100 billion in total revenue, making it the highest-grossing multimedia franchise in history.

The Pokémon video game division has released 70 titles since the original game launched on Nintendo’s GameBoy in 1996, selling more than 350 million copies worldwide in the process. Fourteen different Pokémon titles have sold at least 10 million copies. Including all films, the cinematic Pokémon output has garnered more than $1 billion at the global box office. The IP has also expanded into manga and anime series, trading cards, console video games, merchandise, animated feature films and app-based games since its inception.

Pokémon Go, developed in 2016 by Niantic in partnership with Nintendo and the Pokemon Company, drew a record 500 million downloads in its first month of release. In 2020, the app was downloaded 120 million times. It is the third-highest grossing mobile game worldwide with $1.2 billion in estimated player spend, jumping 40% year-over-year as compared to 2019. While the pandemic helped to revitalize interest in the app after enthusiasm cooled following an explosive release year, it remains popular in key box office regions such as the Americas and the Asia Pacific markets.

Pokemon Home was launched in February 2020 and allowed cloud-based storage for users and their items from the Pokémon universe. The app was downloaded almost 12.3 million times in 2020 making it the most downloaded Pokémon game that was published in 2020.

It’s obvious that there is still immense interest, engagement, and earnings potential for the Pokémon property. People love it in all its many forms. It’s a familiar concept that doesn’t run the risk of new-to-screen titles without any consumer familiarity. Legendary just needs to choose the right story.

Translating Pokémon to the big screen in live-action

Detective Pikachu is a loose adaptation of the obscure 2016 video game of the same name. Importantly, it does not resemble the storyline or structure of any of the core video games that launched the franchise. The first live-action Pokémon film instead revolved around the disappearance of private eye Harry Goodman and his 21-year-old son’s attempt to find him with the help of a talking Pikachu.

But the multigenerational popularity of the franchise is built around the more traditional story of a young Pokémon trainer setting out to “catch ’em all.” His journey is filled with epic Pokémon battles against various trainers, high-profile Gym leaders, childhood rivals and the notorious criminal enterprise Team Rocket. It’s more action-packed than the enjoyable but loosely stitched together shenanigans of Detective Pikachu.

As we’re seeing with the immense success of Godzilla vs. Kong (also a Legendary property), audiences love big budget kaiju action. Pokémon may not be on the same scale as beasts as big as skyscrapers, but even the English translation of the very name (Pocket Monsters) hints at fun mythological battles between powerful and inventive creatures. A film that more closely aligns with the original storyline will likely have a better chance at sparking more far-ranging interest in a new franchise. It’s a coming-of-age tale that blends elements of crime drama, sports underdog stories, and movie monster magic. Gareth Edwards’ (Godzilla) sense of scope, Ilya Naishuller’s (Nobody) knack for action, or Cathy Yan’s (Birds of Prey) kinetic playfulness would all be interesting fits for a big screen adaptation.

Legendary opted for a less straightforward adaptation of the Pokémon property and the lukewarm reception reflected that. But Detective Pikachu‘s performance wasn’t poor enough to give up on the IP. Pokémon still has the potential to become a Hollywood franchise thanks to worldwide audience interest in the multimedia property. 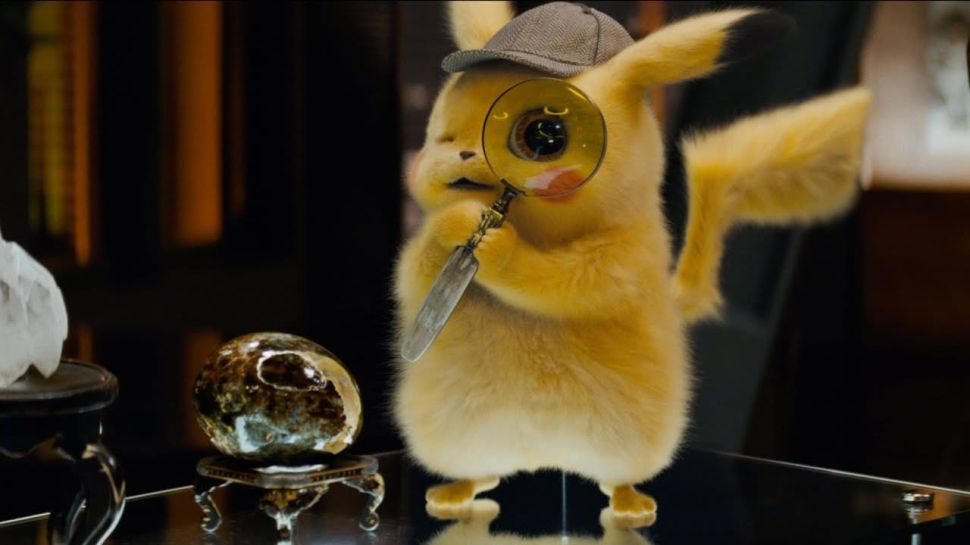