When it comes to famous bear depictions in art, there are countless options to choose from in terms of furry mammalian representation: Onikuma the Japanese demon bear, William Holbrook Beard’s paintings of dancing bears; the list goes on. In July, however, Christie’s in London is offering up a vision of a bear produced by none other than Leonardo da Vinci, perhaps the most legendary polymath in the history of artistic creation, as part of the auction house’s Exceptional Sale auction. The drawing was once part of the collection of Sir Thomas Lawrence, a British painter with a formidable collection of old master drawings, and this one lives up to the hype.

Head of a Bear is part of a number of small-scale studies of animals that da Vinci did, and the drawing has previously been exhibited at institutions such as the National Gallery in London, the Louvre Abu Dhabi and the Pushkin State Museum of Fine Arts. The bear drawing measures in at less than 8 square inches in size, and it was produced on pale pink and beige paper using a silverpoint. It’s also expected by Christie’s to be one of the last da Vinci drawings to come to market, given their extreme rarity. In particular, Head of a Bear portrays not a vicious carnivore but a vulnerable-seeming, gentle spirit who gazes out at you from the page. It’s expected to sell for over $16 million.

“After having sold Leonardo da Vinci’s drawing Horse and Rider in 2001 for over £8m ($11m), still the world record for a drawing by the artist today, Christie’s is proud to offer another work by arguably the greatest draughtsman the world has ever known,” Stijn Alsteens, the International Head of Department at the Old Masters Group at Christie’s Paris said in a statement. “I have every reason to believe we will achieve a new record in July for Head of a Bear.” 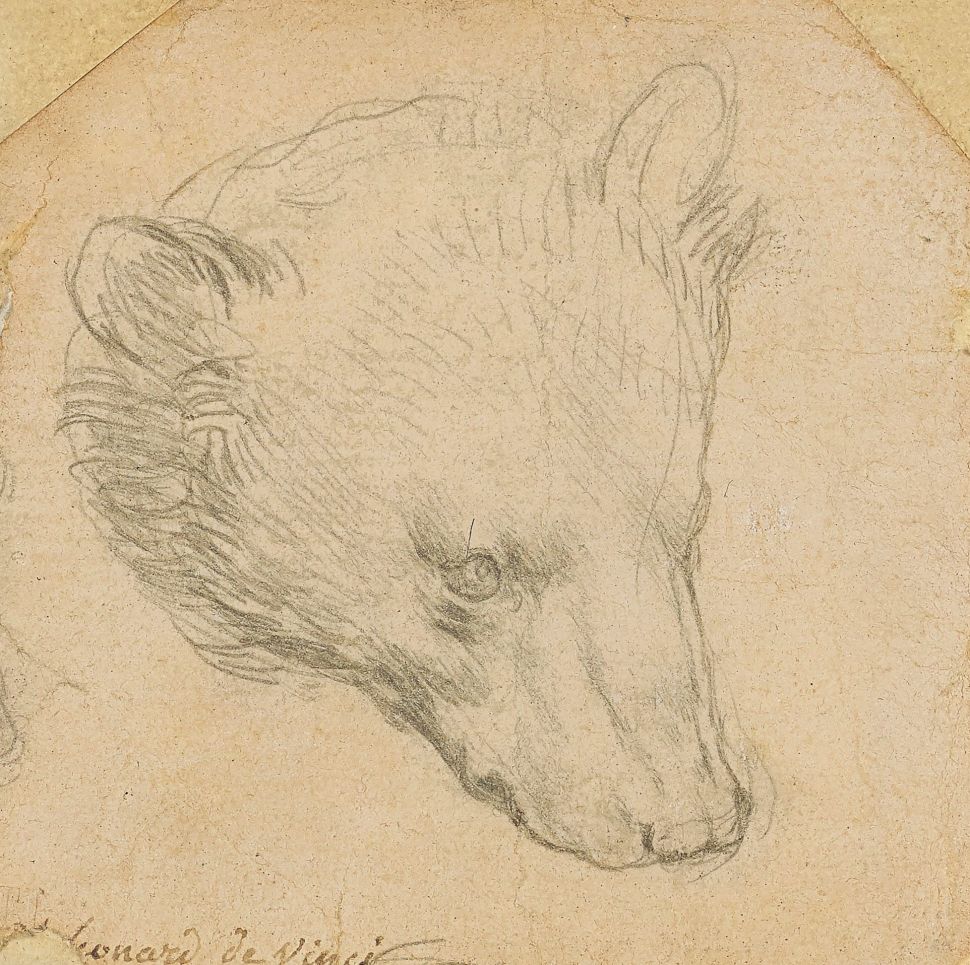