We’ve reached an interesting flash point in pop culture. In the aftermath of the Me Too movement, it seems that everyone is more acutely attuned to the structural inequities that continue to complicate and unnecessarily ruin women’s lives; nevertheless, there remain certain issues around depicting overt sexuality that seem to send people into a tailspin. From 2012 to 2014, Forever Marilyn, sculptor Seward Johnson’s 26-foot-tall statue of Marilyn Monroe in The Seven Year Itch, acted as a huge tourist draw in Palm Springs; now, the statue has found a “forever home” in the Coachella valley by the Palm Springs Art Museum. However, not everyone is happy about this.

According to NPR, Louis Grachos, the director of the Palm Springs Art Museum, expressed to the local city council that he was uncomfortable with the notion of the statue being situated with Marilyn’s posterior facing the museum’s entrance. “The thought of those kids leaving our museum and having the first thing they see is the undergarments and underwear of this enormous Marilyn sculpture would be highly offensive,” Grachos apparently said to the council.

Furthermore, a Change.org petition with over 40,000 signatures to date has sprung up in protest of the statue; the petition refers to it as “a hyper-sexualized, misogynist” depiction of the actress, whose real name was Norma Jean Baker. “She wanted to be taken seriously as an artist and not just a sexual icon,” the petition reads in part. “We join others in asking the City of Palm Springs to venerate—not defile—her memory.”

The pearl-clutching notwithstanding, it’s evident to anyone that the scene in The Seven Year Itch represents cinematic iconography at its peak, whether or not you agree with how its star was depicted in the moment. Furthermore, Monroe’s sensuality and playfulness were some of the defining guardrails of her persona as a star; to not include those attributes in a sculpture of her just seems ridiculous. 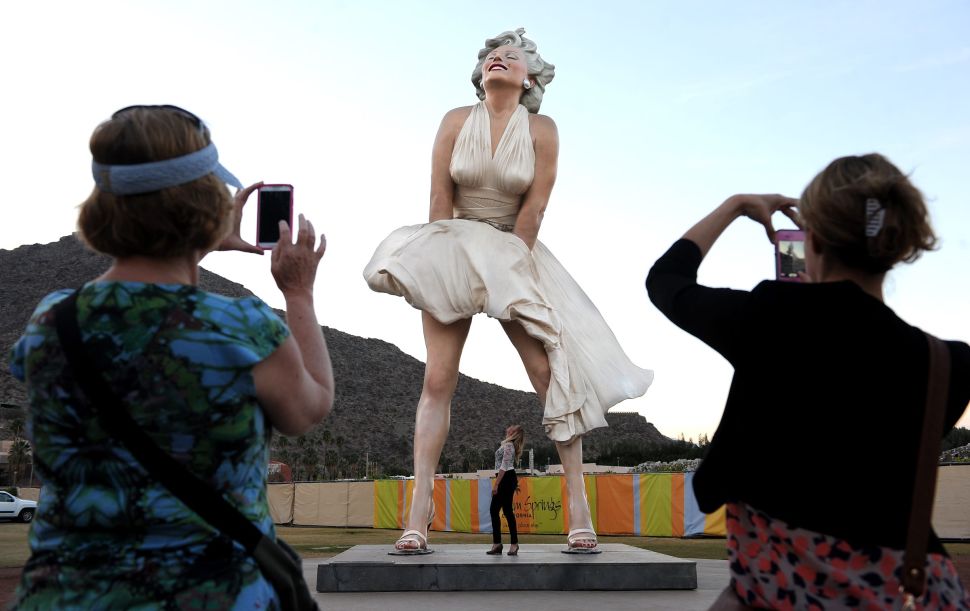