From this point on, Marvel has 22 scheduled entries in the Marvel Cinematic Universe’s Phase IV slate across film and television. That is a lot of blockbuster superhero content to keep track off. So following Marvel Studio’s massive film announcement earlier this week, we thought we’d lend a helping hand.

Below is the full Phase IV slate with publicly announced release dates and projects that are still to be determined. You can now use this as your handy dandy MCU navigation tool. You’re welcome.

The trickster god who has been a Marvel mainstay since 2011’s Thor finally gets his star vehicle a decade later. Disney+’s Loki looks like an overload of fun with quippy dialogue, kinetic set pieces, and an Adderall equivalent level of energy. But most interestingly, the series is likely to introduce a new version of a fan-favorite character that could have far-reaching implications for the MCU.

The long-delayed blockbuster starring Scarlett Johansson in what is presumably her final MCU appearance will finally arrive this summer. Thanks to the pandemic, it will be made available via Disney+ Premier Access for $30 as well as in movie theaters simultaneously. Will The Falcon and the Winter Soldier‘s Val (Julia Louis-Dreyfus) show up? Stay tuned.

Marvel’s version of DC’s Elseworlds is an upcoming animated anthology Disney+ series that explores alternative realities based on the MCU. What if Peggy Carter became Captain Britain and Steve Rogers operated an Iron Man-esque mech suit? What if Yondu abducted a young T’Challa instead of Peter Quill? The possibilities are endless.

Shang-Chi and the Legend of the Ten Rings (September 3)

In September, Marvel Studios will deliver its first feature film with an Asian lead. Director Destin Daniel Cretton previously told Observer he hopes to break down stereotypes with Shang-Chi. The film will also introduce true martial arts to the MCU proper and a mystic element expected to carry over into future projects.

After winning Best Director and Best Picture for Nomadland, filmmaker Chloé Zhao will make the leap into blockbuster franchise territory with Marvel’s Eternals. Filming on the project actually finished in February 2020, but its release was delayed several times due to the pandemic. The movie will revolve around the Eternals, an immortal alien race created by the Celestials, and span thousands of years. 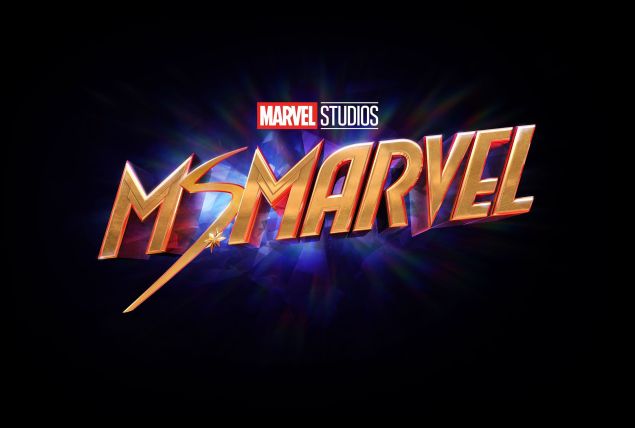 The upcoming Disney+ series will follow lead Kamala Khan (Iman Vellani), a young teenager who becomes the hero Ms. Marvel. The film will then connect to the Captain Marvel sequel that is positioned further down this list.

Jeremy Renner’s Clint Barton has always been a role player in the MCU and never the captain. Now, after years on the periphery, he gets his chance to lead his own project. Joining him will be Hailee Steinfeld’s Kate Bishop in what we assume to be further set-up for a potential Young Avengers project.

Tom Holland’s third “standalone” Spider-Man feature and fifth MCU appearance swings into theaters during the holiday season. Rumors continue to abound that the film will deeply explore the multiverse with potential appearances from Tobey Maguire and Andrew Garfield’s Peter Parkers, though that remains unconfirmed. One theory also posits that the movie will serve as an exit for Holland’s Spidey from the MCU and an entrance into Sony’s fledgling Marvel universe. Fingers crossed that isn’t the case.

Doctor Strange in the Multiverse of Madness (March 25, 2022)

Disney’s golden boy Taika Waititi returns to the MCU to deliver the franchise’s first-ever fourquel in a singular film series. The film will include members of the Guardians of the Galaxy such as Chris Pratt’s Star-Lord and Karen Gillan’s Nebula. Christian Bale has signed on to play the villain Gorr the God Butcher. Most importantly, however, is the return of Natalie Portman’s Jane Foster, who will assume the mantle of Mighty Thor during the course of the film. 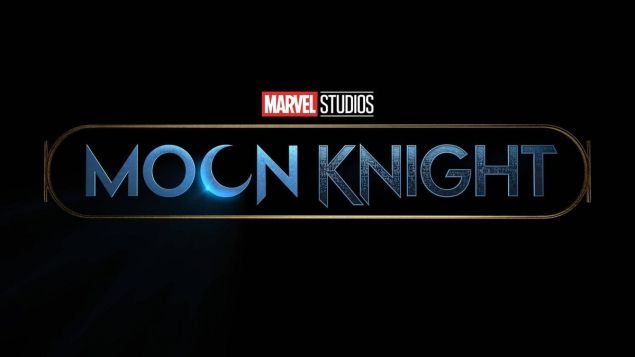 Oscar Isaac as the deranged central character, Ethan Hawke as the villain, and a series of badass action training videos? Yep, we’re all the way in on Disney+’s most eccentric Marvel project yet. 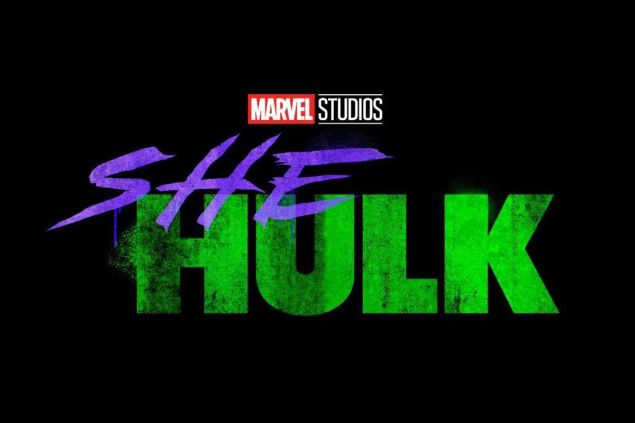 Tatiana Maslany stars as lawyer Jennifer Walters who becomes the titular hero She-Hulk. Mark Ruffalo’s Bruce Banner will be appearing in the series. Also appearing will be Tim Roth, who played Emil Blonsky/Abomination in Edward Norton’s 2008 film The Incredible Hulk. His appearance, along with the return of Daniel Bruhl’s Zemo and the introduction of Wyatt Russell’s U.S. Agent in The Falcon and the Winter Soldier, hints at a future Thunderbolts project for Marvel.

Following the tragic passing of Chadwick Boseman, filmmaker Ryan Coogler has reworked the story for the Black Panther sequel without recasting the role. Recently, Oscar-winning co-star Lupita Nyong’o described the way in which Coogler reshaped the story as “spiritually and emotionally correct.”

Captain Marvel may have earned a supersized $1.12 billion at the box office, but it’s clear that Marvel Studios wasn’t overly pleased with the final product. Out of 23 MCU feature films, it ranks 18th with a 79% on Rotten Tomatoes. As such, writers and directors Anna Boden and Ryan Fleck are out; scribe Megan McDonnell (WandaVision) and director Nia DaCosta (Candyman) are in. Iman Vellani’s Ms. Marvel and Teynoah Parris’ Monica Rambeau are confirmed to be appearing.

The Guardians of the Galaxy: Holiday Special (Late 2022)

In December, Marvel Studios announced that filmmaker James Gunn would write and direct a TV holiday special with the main cast returning. The surprise Disney+ special will take place in between the events of Thor: Love and Thunder and Guardians of the Galaxy Vol. 3.

The third film in the Ant-Man franchise will likely connect to Loki as it has cast Jonathan Majors as fan-favorite comics character Kang the Conquerer. Unfortunately, plot details are pint sized outside of that.

This trilogy-capper was originally meant to hit theaters years ago, but Disney fired Gunn in July 2019 after the resurfacing of polarizing tweets, before rehiring him in October. In the interim, Gunn was hired by DC to make The Suicide Squad and its spinoff series Peacemaker, throwing off the MCU schedule. Now Guardians of the Galaxy Vol. 3 will arrive six years after the second entry in the franchise.

MCU Spider-Man trilogy director Jon Watts will hop over to Fantastic Four, which has not yet received an official release date from Marvel. However, as it was included in Marvel’s recent sizzle reel for Phase IV, we can safely assume it will arrive sometime mid-to-late 2023 or early 2024. We humbly fancast Steven Yeun as Reed Richards, Sonequa Martin-Green as Sue Storm, John Boyega as Johnny Storm and either Seth Rogen or Daveed Diggs as Ben Grimm. 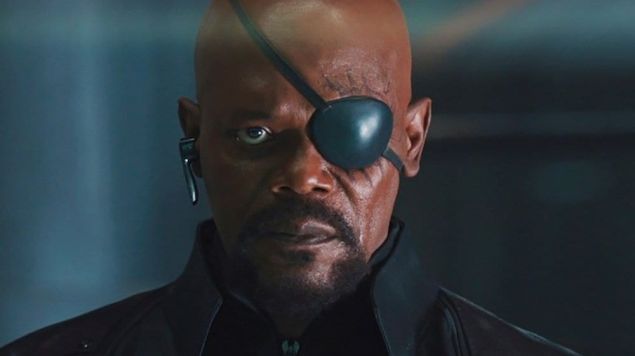 This Disney+ series is shaping up to be quite the event. Samuel L. Jackson’s Nick Fury and Ben Mendelsohn’s Talos will star. They’ll be joined by Oscar-winner Olivia Colman and Game of Thrones star Emilia Clarke. 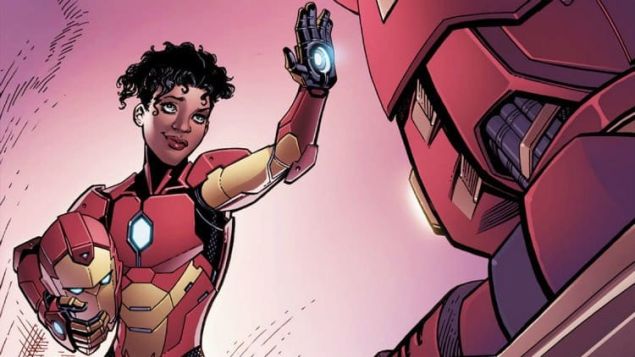 In December, Marvel Studios announced that a Disney+ series revolving around comics character Riri Williams was in development. The character is a genius from Chicago who constructs her own version of Iron Man’s suit to protect her neighborhood. Dominique Thorne (Judas and the Black Messiah) will star. 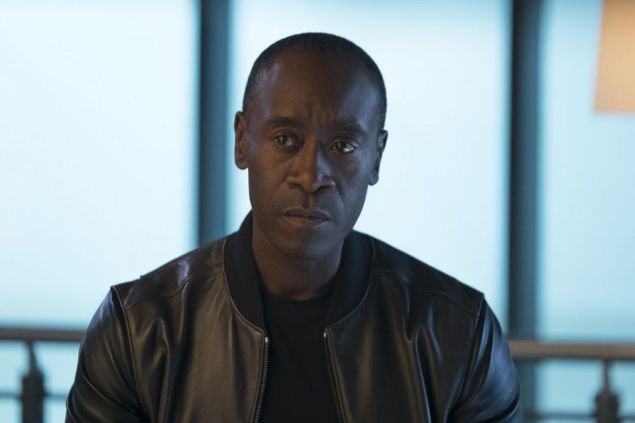 Don Cheadle’s Rhodey will level up to his own Disney+ series in Armor Wars, in which Tony Stark’s technology has fallen into the wrong hands. The death of Stark will play a role in the series as Rhodey/War Machine attempts to reclaim the stolen weapons. 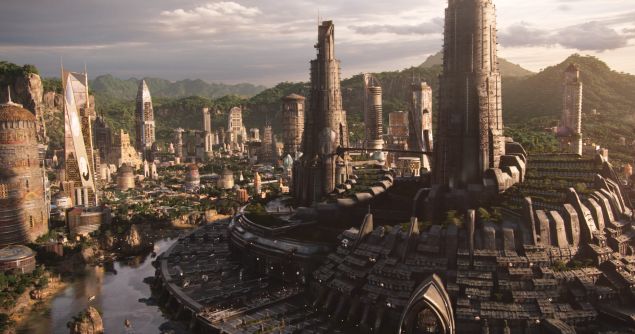 In February, Marvel Studios announced that Ryan Coogler’s production company Proximity Media had set an exclusive TV deal with the Walt Disney Company. The first project in the new pack is a Disney+ series based in the Kingdom of Wakanda. 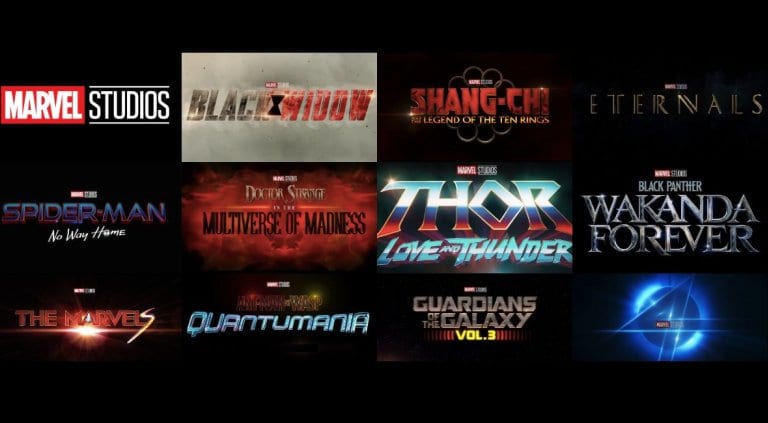