To state the obvious, the world of social media influencers is unlike just about any other; image is everything and the number of likes and followers translates into billions of dollars of ad spend. However, one of the more recent bizarro episodes in the influencer space was when social media maven Lil Miquela Sousa, an L.A.-based Brazilian model with some three million followers on Instagram, was forced to announce that she was, in fact, not real.

After a short period in which the normally pro-BLM, DACA and generally woke Gen Z Angelino suddenly began pushing pro-Trump memes across social media, Miquela was forced to admit to her fans that she had been ‘hacked’ by her nemesis, Bermuda, a virtual right-leaning blonde bombshell whose look seems to channel a Barbie doll, perhaps the original non-human influencer. In the end, it turned out that all the fuss was just an elaborate ruse, orchestrated by Brud, a Los Angeles digital design company that had created both characters and then moved to stir up a faux controversy.

But unlike Brud’s milquetoast digital creations, which are purposely shrouded in mystery to keep their digital origins a secret as long as possible, many of the most popular and beloved virtual humans proudly wear their non-human status as a badge of honor. Shudu, for example, is a digital supermodel hailing from South Africa. She is the creation of former fashion photographer Cameron-James Wilson, and since her arrival on the fashion scene in 2017, she has participated in photo shoots for Cosmo, Elle, Vogue, and countless other top fashion magazines. Shudu’s editorial success has enabled her to ink a score of deals with top brands eager to have the head-turner headline their ad campaigns.

If all this seems a bit weird or even a tad Westworld, well then, welcome to the next generation of social media influencers – virtual influencers. Move over Kardashians, you are being replaced by 1s and 0s.

Although most Americans have probably never heard of her, in this new world of Instagram avatars and CGI influencers there is one name on the virtual scene that is a very big deal on the global stage – a Brazilian non-human named Lu. With nearly 25 million followers on social media – over five million on Instagram alone – she is far and wide the world’s most famous non-human influencer. In her home country of Brazil, she is one of the country’s ten most followed influencers – the other nine all being of flesh and blood. Her TikTok account, where she picks up on the latest memes – viral dance moves and all, gained over a million followers in her first month, giving her the distinction of having the fastest-growing TikTok account in the world.

Lu is the brainchild of Frederico Trajano, the CEO of Magazine Luiza, a diversified Brazilian conglomerate of a dozen or so consumer-facing brands including Magalu, one of the country’s largest big-box retailers with over 1,300 physical stores spread across the country. Lu came to life back in 2003 just as the e-commerce space was beginning to show signs that it might eventually become a viable option to traditional brick-and-mortar sales; Trajano sensed that company’s online store needed someone – or something – to fill the void normally occupied by the in-store salesperson.

It was in that way that Lu was initially conceived as equal parts sales associate and tech expert for Magalu’s online store, but over time her role continually expanded; she now gets her own write-up in the company’s annual report, gives interviews, and photobombs some of the country’s top celebs’ selfies; company insiders told Observer they consider her one of the brand’s most valuable assets. Even major third-party brands like Adidas look to hire Lu for help in driving their own consumer engagement.

But if Trajano is Lu’s father, then one might think of Aline Izo as something akin to her adoptive mother. Izo guides a team of 3D designers, programmers, and marketers that meticulously cares for every aspect of this in-demand influencer. From periodically updating the grooming style of Lu’s eyebrows to keep up with the latest beauty trends to curating her Twitter feed, Izo and team are the brains and personality behind Brazil’s most famous non-human.

“We’re responsible for the humanization of Lu,” remarked the thirty-something Izo in an interview with Observer. “Lu has millions of fans and when she takes a stand on something – for example on bringing awareness to domestic abuse or standing up and advocating for LGBT rights – people pay attention. Here in Brazil, Lu is not a sales gimmick; Lu is an influencer in the true sense of the word; Lu can move the needle on important issues in society.”

Case in point: last year, in the early days of the pandemic, Lu came out with a series of YouTube videos and posts about the dangers of fake news, and where one should turn if they were concerned about the quality of the information they were receiving about the virus. The famous non-human has been equally outspoken on issues of racial equity, climate change, and a host of other progressive issues that mirror the company leadership’s cultural mores.

And this is perhaps why Lu is considered by many to be a glimpse into the future of social influence; not only has she successfully embodied a corporate ethos, but she has brought a sprawling brand down to a human scale. And although Brazilians are perfectly aware that Lu is not a real person, she has become one of the most beloved and trusted voices.

Virtual brand ambassadors seem to be an all but inevitable trend in the world of advertising. Unlike a Paris Hilton, Charli D’Amelio, or Saweetie, brands will never have to worry about a virtual influencer’s off-field antics or embarrassing moments on TMZ. Non-humans will also never gain weight or get old – unless of course its creators so desire.

Lu’s success has not only inspired other major Brazilian brands to experiment with their own avatars, but international brand marketers around the globe have been paying attention as well. And that Lu is a product of Brazil is proof positive that although the first generation of social media was solidly an American invention, exported across the globe, the next generation – the non-human generation – may very be born abroad.

With Lu, some say it already has. 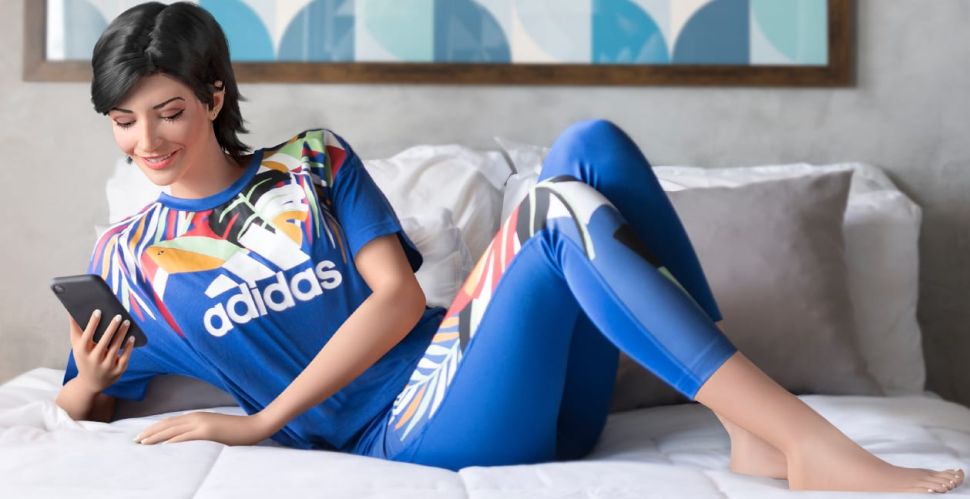