It’s been almost a year since Prince Harry and Meghan made the move to Montecito. The Duke and Duchess of Sussex purchased their $14.65 million Santa Barbara mansion, and relocated to the ritzy California beach town after spending a few months in Los Angeles.

While Montecito has long been a favorite spot for famous faces, Prince Harry and Meghan apparently brought a bit more recognition to the town, at least according to fellow Santa Barbara resident Rob Lowe.

Lowe, who sold his custom-built Montecito mansion for $45.5 million last year, only to then purchase not one, but two additional homes in the area, told E! News’ Daily Pop that Prince Harry and Meghan definitely have brought a lot of attention to my sleepy little town.” He added, “Let me tell you something, once the royals move into your neighborhood, the neighborhood is never going to be the same.”

Prince Harry and Meghan’s nine-bedroom home, where they live with two-year-old Archie, is super close to Lowe’s aforementioned recently sold home in the enclave. The Sussexes “keep a low profile,” Lowe said, though he “saw Harry once driving.”

Lowe also shot down all those rumors that Prince Harry and Meghan’s big interview with Oprah Winfrey was filmed at his home. While the rumor mill went wild trying to figure out the picturesque locale where the bombshell-filled interview took place, Lowe said it wasn’t shot at his house, nor was it filmed at Netflix CEO Ted Sarandos’ home. Lowe suggested that despite all the fanfare around the “mystery location,” perhaps it was just “plain old shot at Oprah’s.”

Oprah’s famed Promised Land estate spans over 70 acres, it might be one of the (if not the!) most luxe of all of the fancy properties in the area. She’s not the only big name to own a palatial home in Montecito, though, as other celeb residents include Ellen DeGeneres and Portia de Rossi, Orlando Bloom and Katy Perry, Adam Levine and Behati Prinsloo, as well as Ariana Grande (who recently tied the knot in a surprise outdoor ceremony at her Montecito retreat), to name just a few.

Prince Harry and Meghan, who are expecting their second child in the very near future, have already made friends with a few of their well-known neighbors. Aside from Oprah, the Duke of Sussex recently revealed that he and Orlando Bloom often text to check in with each other about paparazzi issues in the area. 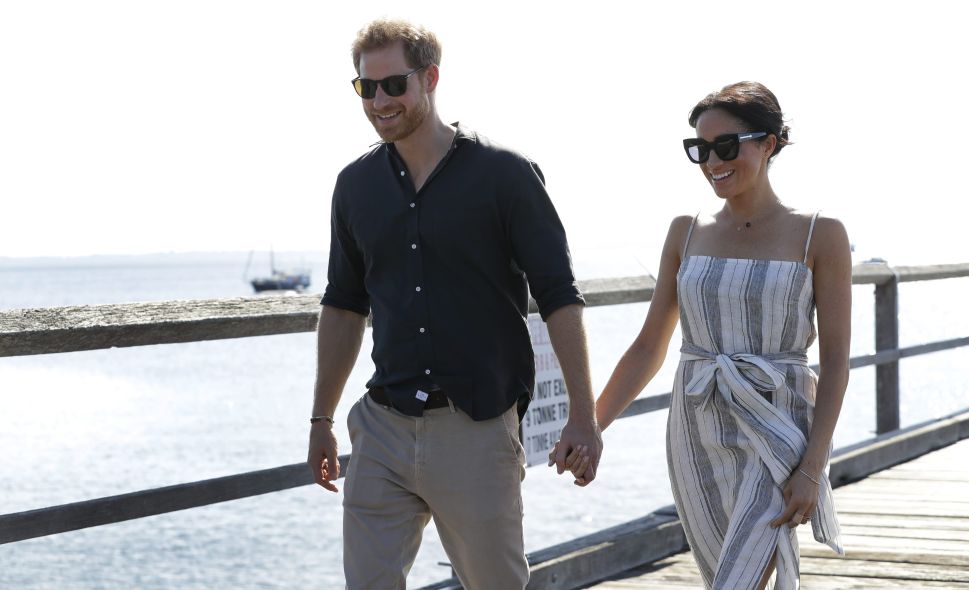