Introducing Saturday’s “Three Divas” livestream from Versailles, General Manager of the Metropolitan Opera Peter Gelb, in his own inimitably awkward way, suggested that this would likely be the final Met Stars Live in Concert. The series which began last July has been the Metropolitan Opera’s deluxe live pay-per-view initiative to remain a player in the international opera world while its Lincoln Center theater remained closed. While the lovely trio of American singers featured—Ailyn Pérez, Nadine Sierra and Isabel Leonard—delivered an enjoyable 90 minutes, they didn’t quite live up to the vaunted “diva” label, at least not in a series that has previously featured Renée Fleming, Sondra Radvanovsky and Anna Netrebko.

A notable aspect of the afternoon arose from the trio’s shared Latinx heritage which came to the fore in a bewitching mix of Spanish and Latin American music (plus Spanish-influenced works by Rossini and Bizet) that concluded the concert. In these pieces, the sopranos and mezzo were notably more relaxed than during the earlier, more uneven operatic selections. In introducing the final segment, Leonard spoke movingly of their intense friendship, a bond which was palpable throughout: surfacing in spontaneous giggles and murmured words of encouragement and mutual appreciation.

While some had expressed surprise at Leonard’s plan to take on Carmen last fall in Houston (a new role now scheduled for spring 2022 at the Kennedy Center), her beguiling “Seguidilla” suggested that she’ll be a persuasive Carmen at the beginning; however, questions remain about her suitability for the more dramatic final acts. The subsequent Rossini “Canzonetta spagnuola” began very deliberately (throughout the afternoon tempi were consistently quite slow) and ended with a bit of a scream but otherwise she cast a hypnotic spell.

Sierra appeared next with an authentically Spanish work: the delightful aria “Me llaman la primorosa” from Gerónimo Giménez’s zarzuela El Barbero de Sevilla. The soprano delighted in its rollicking fireworks and teasing interplay with hard-working pianist Vlad Iftinca. Pérez followed her with an intense rendition of Manuel Ponce’s “Estrellita,” the afternoon’s spellbinding highlight.

After it, Pérez made an inadvertently amusing remark when introducing the afternoon’s Mexican final numbers, “Bésame Mucho” and “Cielito Lindo,” accompanied by Iftinca and stylish guitarist Pablo Sáinz-Villegas. As she was inviting viewers to sing along at home with these very well-known songs, two stagehands placed music stands in front of the performers! I chuckled at the verbal-visual disconnect but realized that although both are quite familiar, especially the latter’s refrain, the special arrangements by Jim Lowe must have required the singers to refer to scores.

The infectious ebullience of those final twenty or so minutes only served to point up the earlier operatic misfires. Sierra’s two arias, Juliette’s waltz from Gounod’s Roméo et Juliette and Donna Anna’s “Non mi dir” from Don Giovanni, displayed an efficient rather than dazzling florid technique. One wondered just how Sierra will fare in the iconic coloratura role of Lucia di Lammermoor when she opens the new Met production of Donizetti’s opera next spring.

While Leonard’s trademark “Voi che sapete” from Le Nozze di Figaro was expectedly pleasing, her strenuous traversal of Vivaldi’s stupendous bravura aria “Agitato da due venti” fell flat. It was evident how hard she was working, and one was relieved she got through it instead of being blown away by her virtuosity.

Since the three women appeared together at the Met in Mozart’s Figaro in 2018, Pérez has begun to slowly move into heavier repertoire. Her first aria, “Ebben? Ne andrò lontana” from La Wally, sounded alarmingly worn and failed to soar with verismo emotion. However, the “Ballatella” from Pagliacci found her in stronger vocal form and she persuasively embodied Nedda’s romantic yearnings.

The program’s central section featuring four ensembles—three duets and a trio—provided several of the afternoon’s more satisfying moments. Online advertisements for the “Three Divas” featured music from Offenbach’s Les Contes d’Hoffmann and that opera’s famous “Barcarolle” was gorgeously sung by Sierra and Leonard. Pérez then joined the mezzo for a deliciously sly “Prenderò quel brunettino” from Così fan Tutte.

Perhaps the biggest surprise of the afternoon was the inclusion of the great second-act duet from Bellini’s Norma. As Leonard has previously sung Adalgisa, expectations were that she’d share the platform with Pérez. But it was instead Sierra who sang the confused virgin giving viewers the rare opportunity to experience a two-soprano “Mira, o Norma.”

When these singers were announced, many wisely predicted that the sublime trio from Der Rosenkavalier would be offered although only Sierra has done her role on stage. Strauss’s gloriously lush outpouring of love and regret may have suffered from being accompanied only by piano, but the somewhat earthbound performance did allow us for a change to more clearly hear the three individual vocal lines. While it’s doubtful Pérez will ever take on the Marschallin, Leonard likely plans an Octavian, especially as she is scheduled for another Strauss trouser role, the Composer in Ariadne auf Naxos, at the Met next spring.

But will the 2021-22 season open on September 27th at Lincoln Center? When Met Stars in Concert Live began with Jonas Kaufmann’s recital in July, its opulently filmed offerings were greeted with near universal praise, and the Met claims more than a quarter-million views of the thirteen programs. However, as the pandemic dragged on and stories of the financial hardships faced by the Met’s furloughed forces, especially the orchestra, an increasingly noisy online campaign objected to Met Stars and its use of almost exclusively European locations and occasionally local musicians.

Simultaneously Gelb locked out stagehands and made demands for salary reductions leading to ever-increasing labor tensions that many fear will short-circuit a September reopening as Broadway theaters resume performances at 100% capacity. At this point, opera lovers can only wait and see.

In the meantime, past Met Stars Live in Concert presentations have begun showing on PBS stations nationwide; the next, on June 4th, will feature husband and wife Roberto Alagna and Aleksandra Kurzak. Netrebko follows on June 18th with “Yankee Diva” Joyce DiDonato’s marvelous concert arriving on the Friday before Independence Day. 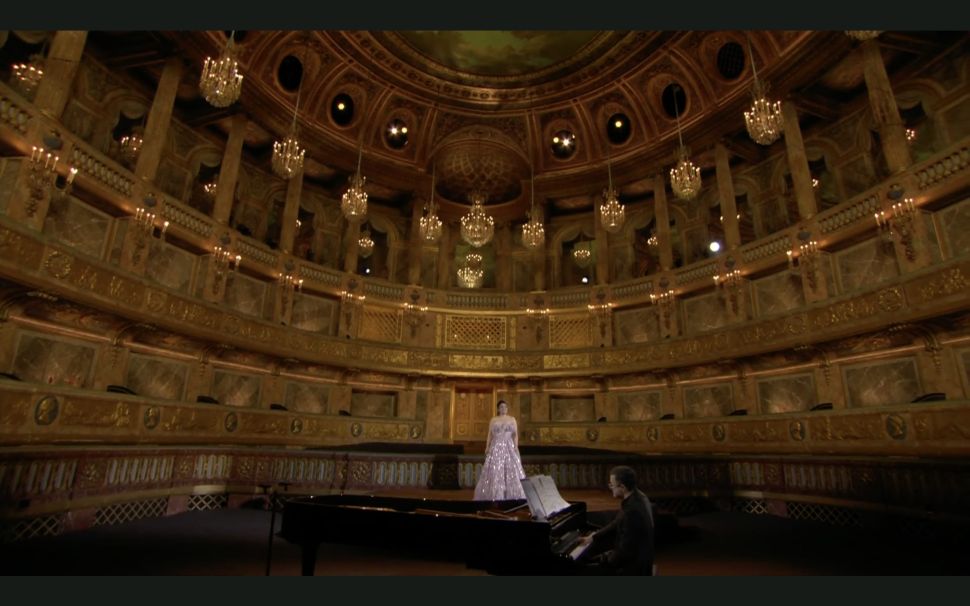