In Mike Shinoda’s latest single “Happy Endings,” the rapper/producer comments that “this past year has been a shit show.” The single speaks to the self-doubt that listeners have felt since the start of the pandemic.

Bored and locked down, Shinoda started live-streaming through his own Twitch channel, interacting with fans while drawing and creating music. Today, the musician still live-streams several times a week, and collaborates with select vocalists and songwriters through a campaign called “#ShinodaProduceMe” while maintaining his own music career. To add, he has become the go-to voice for explaining the connection between the buzzworthy NFTs (non-fungible tokens) and music—a comment that makes Shinoda laugh.

“I have a unique knack for dumbing (the subject of NFTs) down just enough,” Shinoda says.

It’s no surprise that the co-founder of Linkin Park has championed NFTs, or limited edition, mixed-media pieces put on auction through select websites that are backed by blockchain technology and bought with cryptocurrency. Shinoda found success launching the release of “Happy Endings” with an NFT auction on Zora. The 10 exclusive pieces were auctioned, with some going for more than $6,000. Proceeds from the auction were donated to ArtCollege of Design. Those who won an auction of the digital collectibles also received an original print signed by Shinoda and contemporary artist Cain Caser.

Over Zoom, Shinoda discussed this last year of creativity, the buzz surrounding NFTs and music, and how he doesn’t want to become a label president (even though he could easily run one). Answers below have been edited for brevity and clarity.

Observer: For the past year, as you’ve been engaging with your fans in more direct ways, was the NFT a natural evolution of what you’ve done with Twitch?

Mike Shinoda: Not really. In my case, I go on Twitch five days a week and make something new from scratch. It’s usually music and sometimes art. This year, I’ve also been doing production where I produce a fan’s song from scratch.

Sometimes when I make those, I go, “What do I do with this now that I made it?” I’ve put songs out on compilations. I’ve given them away to subscribers, or given them away for free.

At a certain point, with this NFT thing, publishing the songs and art pieces that way is kind of nice. It helps fund the Twitch channel. I bought a very nice camera for my Twitch stream. It helps pay for stuff like that. It’s also a great experiment. I really, truly believe this space is so vibrant and new, and there’s so much going on.

Was there a specific event or sale that made you say, “OK, let’s try using NFTs now”?

No. It wasn’t that. My first NFTs came I’m not sure how long before the Beeple drop. It was this year, but the news hadn’t blown up about NFT auctions. I was seeing it from a couple of friends, and I had some money in crypto over the years.

This stuff is not new to me, but I didn’t understand it very well; so, I wanted to jump in and start playing around with it in order to try and understand it better.

We’ve spent all of this time with the idea that music has no value. That’s not just coming from people who listen to it.

This seems like it goes against everything I was brought up to love about music, owning something physical like a CD, vinyl…

I disagree. The NFT auction model actually doesn’t (go against that idea). If you look back to, let’s say, the ‘60s and ‘70s, music was much more of an experience first. The idea of making a record started with a band was performing all this new music live, onstage. Finally, someone would sign them and say, “Play your music in the studio, and we’ll record it, and we’ll sell that recording to people.” The idea of having one of those records—where you heard this band play at this club, and now, you can take it home and listen to it over and over—that was wonderful, special and unique.

Then, it went from that to the mp3, which is like, “Why would anybody pay for this?” It’s free. We just swap it.

Fast-forward to now, and we’ve spent all of this time with the idea that music has no value. That’s not just coming from people who listen to it. Artists who, for example, write and produce a song, release that song, then Spotify tells them, “This is worth portions of pennies per stream. We’re gonna go pay these guys first, because their music gets streamed a lot, and then eventually we’ll work our way down to you.” Then, you’ll get your check for $3 because your thing streamed like 3 million times. [Laughs.] And that’s the value of your art. That’s your value. As an artist, if you grew up in that, you’re like, “Oh, that’s better than free. OK great.”

The truth is it’s not actually the value of your art or song. That has been proven in some of the NFT examples. If you present your art in a way that fans perceive to be valuable, and you create the right format of your release, all of the sudden, you get an album being sold as an NFT for quite a bit more money than pennies on the stream, or whatever it is.

If you present your art in a way that fans perceive to be valuable, all of the sudden, you get an album being sold as an NFT for quite a bit more money than pennies on the stream.

What do you say to the artist who transitions towards NFTs with an expectation of instant success?

What I’d say to those artists is: Number one, don’t be the artist that just goes in for a cash grab and assumes that because you release an album as an NFT that it’s automatically worth more. That’s not the case. You’ve gotta impress the audience with more than that. Show me you can be creative and create a universe—an entire experience around your art that is consistent with the universe of your art.

Second, NFTs aren’t the only way to do it. Somebody just posted the other day, “FYI, I’m still selling physical albums on Bandcamp and making a lot more than my friend who has just put out his song as an NFT.” That’s another version of finding the value. As an artist, you have to ask yourself, “Where does the value lie? Where do your fans want to buy your music and support you?”

If you’re making music in your apartment, and you have four roommates, you’ve got to look at yourself and the people who are currently listening to music and say, “OK, how do I super-serve those guys? How do I make myself happy as an artist? How do I make them happy as fans? And how do I do it so well that they all tell 100 people each so more people come to the table?”

I think the key with NFT auctions is the idea that a verified 1 of 1 can exist. You can truly own a digital file. I heard someone say this week. It was really poignant, and if you take one thing away from this conversation it’s this: “The beginning of the internet was all about the transfer of data. This movement is all about the transfer of value.”

That can mean money, cryptocurrency, and social tokens. It could also mean the value of a creation, song, story, movie, video, or art. All of those things have a brand new way of being discovered with fans that you can participate in.

And you can create without anybody’s help in some cases. You don’t need Netflix in between you. You don’t need Spotify. You can use those tools and their services, but be creative. The main question you should ask if you’re an artist is, “How do you want to present your art?”

Been on a remix kick lately. This is a vocal of mine from years ago with a new instrumental. Putting my @mikeshinoda teachings to good use 😁 #shinodaproduceme pic.twitter.com/9Mn2rFaEhi

You sound like you could run your own label.

I appreciate that. I had somebody come to me because I’m on Twitch all the time, producing songs for fans. I have this campaign where fans use the hashtag “#ShinodaProduceMe,” and (the artists) put up original songs. If I find one, I will reach out to them and produce their song on my stream on Twitch. I’ll send them back a mix, master, a cappella, instrumental and stems. I’ve done about 30. Nine or 10 of those songs have come out so far.

With that said, I did have somebody reach out to me and ask, “Do you want to do a management thing, label thing with all these artists under one roof?” And that’s not really where my heart’s at. I don’t want to be in that business. I love being an artist. I love being a producer.

Getting back to NFTs, do you feel like this could have a determining effect on that debate about the price and value of a song?

Value can mean a lot of things. I don’t know if at the end of the day that we will establish some new high priced value for songs across the board. It’s not going to be like going from paying $9.99 a month and streaming as much music as I want to songs are now worth $100.

The idea that someone can say, “These things over here are for everybody,” but the special thing about this one over here is that it is a one of one and only one person can own it. Imagine the day where you’ve got your designated NFT space to show off your collection, that’s going to matter. That’s going to be cool for people. The guy who spent $69 million on the Beeple, you’re going to go on his page and be like, “He’s the only one who’s allowed to have the Beeple in that space on his page.”

Is it accurate to say we’re past the experiment-phase with NFTs?

Yeah, I think we’re in round one. I feel like so much cool experimenting has gone on. Right now, there was a rush of attention, and that has gone away which is a good thing, because it allows the people who are making and developing good stuff to get back to business. The chaos has died down.

This month, I’ve talked to no fewer than two-dozen founders of companies that have their angle on this marketplace, and are doing their own thing that’s completely different from each other.

Are NFTs going to change the music industry as we know it? No, it’s not going to change everything. But, I think there are going to be fans who will think, “That’s definitely the coolest thing I’ve seen in NFT land, and I want to be a part of that one.” 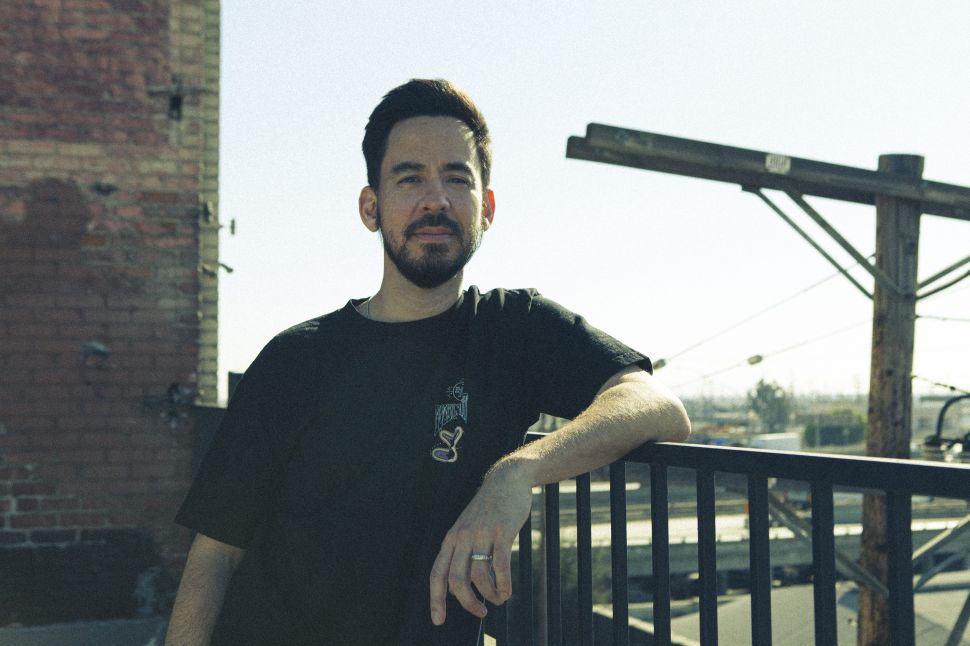