From comic-book tie-ins to TV serials and show continuations of radio plays, telling one story across multiple installments or even media is nothing new. In the era of rapidly franchising IP and cinematic universes, however, what was once a curiosity or a reward for fans who wanted to go the extra mile—maybe pick up a supplementary comic or listen to a side-podcast—has become the movie and TV equivalent of day-one DLCs taking up a big and important chunk of the main story and forcing you to pay extra for it.

This, of course, is nothing new to gamers, who have been complaining about the rise of mandatory downloadable content, or DLC, for years. Whether it’s Asura’s Wrath releasing its final boss battle against the game’s true antagonist as a DLC, or Mass Effect 3 releasing a key character with an important connection to the game’s lore and plot as a day-one DLC, video games of the past decade have been taking important content and saving it for later.

Two recent examples of this are Netflix’s Army of the Dead and Disney+’s The Bad Batch. Both titles were sold and even appear to be standalone stories at first. Even if you didn’t see the Clone Wars episodes that introduced the titular Bad Batch, the show’s premise and setting make it easy for audiences to just jump in. The 72-minute-long first episode spends a good amount of time exploring its fascinating place within the larger history of Star Wars by showing us the transition period when the Republic became the Empire and the change from a clone army into the conscripted human stormtroopers. The problem with the show lies in the new member of the Bad Batch, a clone named Omega. Not that she’s a bad character, on the contrary. The problem is that the show is dropping constant and distracting hints that there is something more going on with Omega aside from the fact that she is a “defective” female clone. For one, the show hasn’t confirmed whether or not she’s even a clone of Jango Fett like the rest of the Bad Batch, as either answer would mean a larger mystery.

In the five episodes now out on Disney+, Omega has been repeatedly described as being “special,” and we’ve seen her show better deduction, intuition and reflexes than her combat-weary and far more experienced comrades. At best, these qualities just mean she’s an unusually strong clone (though the show still hasn’t explained why), and at worse, they are traits of force sensitivity. The fact that The Bad Batch has been building Omega’s unusual traits and even her existence as some big secret brings to mind the mystery of The Mandalorian‘s 50-year-old baby star, Grogu, or even the whole thing with Rey in the sequel trilogy, which manufactured a mystery box seemingly just to force fan speculation and theorizing. Even if Omega just turns out to be a defective clone that happened to come be a girl — a fascinating concept for a Star Wars property nonetheless! — the fact that the show is treating her origin and the mystery around it as the most important part of her character feels like a disservice to the show.

Something similar happens on Army of the Dead from director Zack Snyder, the latest attempt to bring something new to the zombie genre. Ever since the first trailer hit and people got a look at the seemingly smarter zombies in the film’s version of Las Vegas, speculation began. The film does pick up some threads that maestro George A. Romero had been planting seeds for since Land of the Dead in 2005, itself influenced by the latter half of the I am Legend novel from 1954, which featured a society of intelligent zombie-like creatures. The actual movie plays with audiences expectations of these ideas by teasing a zombie film we have never seen before, with concepts like zombies with weird robotic blue eyes, zombies that dry up in the sun and revive with the rain, and also a zombie woman pregnant with another zombie’s child — something that would be pretty groundbreaking for the zombie mythos.

Like ‘The Bad Batch,’ ‘Army of the Dead’ wants its audience to speculate about where its zombie mythos will go, and never delivers.

Like The Bad Batch, Army of the Dead wants its audience to speculate about where its zombie mythos will go, and never delivers. All those zombie ideas? Never revisited. Even something as simple as a main character having a badass buzzsaw as his signature weapon is quickly dropped and the saw is never used outside of a quick credits sequence.

The thing is, we should have seen this coming. You see, Netflix not only has a live-action prequel, but even an entire animated series coming soon, which will likely expand on some of the dropped plot threads from the film. As Observer’s Brandon Katz wrote back in April, “The company loves to get in bed with big names—both talent and IP—and then milk it in multiple facets.”

Not that there’s something inherently wrong with having your story driven by speculation, or even with taking some parts of the story and expanding on them in another medium. After all, the godfather of the “mystery box,” Lost, did this all the time. Not only did the show purposely play into fan speculation and fuel the fires of fan theories, but it even launched a series of webisodes between seasons 3 and 4 titled Lost: Missing Pieces that explored some side characters and stories that the main show didn’t have time to cover, all while enhancing the overall story and mystery. Battlestar Galactica did the same thing with Blood & Chrome, a web series prequel to the main show. The main difference is that these were made after their main shows had already started, and were made with the intent of enhancing the main story without interfering with it.

As more networks, studios and streamers focus on franchising IP and making spin-offs of characters or side plots, it is likely we will continue to see the DLC-fication of movies and TV. Let’s just hope that these spin-offs and DLCs are treated as additional treats, rather than as mandatory pieces of the story that were cut and saved for a later product. 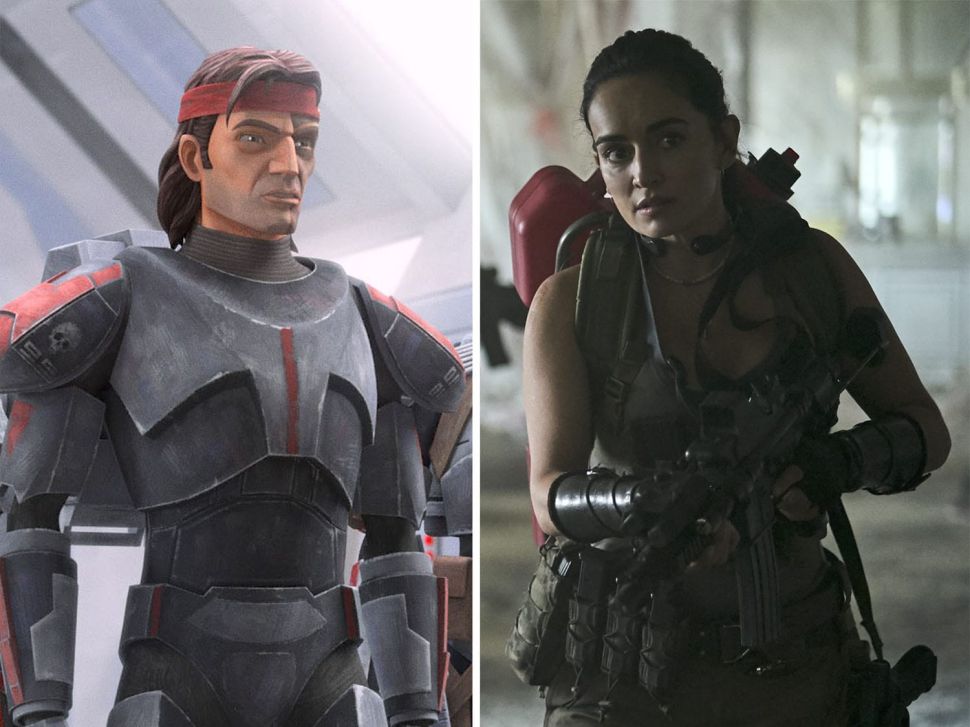