This week, NBC announced that it will not host the Golden Globes in 2022 as the Hollywood Foreign Press Association continues to fail in the eyes of major Hollywood players in its ability to reform membership and promote diversity. NBC’s decision came after WarnerMedia, Netflix and Amazon had already severed ties with the HFPA due to questions regarding its commitment to improvement. The HFPA has been a consistent source of controversy for decades ranging from sexual harassment claims, Time’s Up issues and lack of diversity.

Though the Golden Globes will likely continue to exist in one form or another, it has now lost its perch as one of the most prominent Hollywood awards shows. Its removal sends a ripple effect throughout awards season that may end up impacting the Academy Awards in a few different ways.

“The Golden Globes are a close second to the Oscars in terms of Hollywood awards shows,” Awards Ace Editor-in-Chief Erick Weber told Observer. “It’s one of NBC’s highest-rated shows of the year under normal circumstances. It’s a major precursor to the Oscars due to visibility so this is a big deal.”

Despite the disparity in size—the HFPA is composed of roughly 90 members while the Academy of Motion Picture Arts and Sciences has more than 9,000—there is often overlap in terms of nominees. Over the last three years, 82% percent of those that received a Golden Globe nomination in the Best Motion Picture (Drama), Best Actor (Drama), Best Actress (Drama) and Best Director (Drama) categories also received an Oscar nomination that same year.

“Precursors are like political primaries, and the more you take, the more momentum you build, and the better your odds for going all the way to the big one.”

As one of many pre-Oscars awards shows, the Golden Globes often helped to lay out a definitive roadmap to the Academy Awards. The abundance of predictability gathered throughout the exhausting awards circuits often smothers intrigue for Hollywood’s biggest night.

“In recent years, the sheer number of precursor awards has resulted in a sort of groupthink where the nominations and winners from the various awards shows largely end up all being the same,” Next Best Picture awards writer Will Mavity told Observer. “Precursors are like political primaries, and the more you take, the more momentum you build, and the better your odds for going all the way to the big one.”

For the last decade, by the time the SAG, BAFTA, Golden Globe, Critics Choice and regional critic awards have come and gone, the Oscar nominations are often left with few surprises. Academy Award victories are even less unpredictable, sapping some of the excitement for the live ceremony. For example, the four major BAFTA wins matched the Oscars perfectly this year.

However, the BAFTA’s new jury voting system creates less predictive value for Oscars nominees overall. Couple that with the removal of the Golden Globes and we are left with the SAG awards and the critics awards to guide us, Mavity explains. Critic awards can be inconsistent in their predictive usefulness and even SAG might not be as reliable next year, as SAG-AFTRA announced it will be allowing internet influencers to join.

“That’s a broad range of voices joining the voting pool that will likely mirror Oscar taste less than in the past. Which means, next year for the first time in ages, we will effectively be flying blind into the Oscar nominations,” Mavity said.

“People want more than just Best Actor and Actress. The major categories are important, of course. But some people want Best Animated Film and Best Documentary. More general audience categories,” Weber said. “If you do win, it’s a prominent moment on a national stage that cements your status as a potential contender.”

As the second most-watched film awards ceremony, a Golden Globes victory didn’t necessarily hurt your Oscars chances. Despite declining ratings, high-profile live event programming remains important for linear television. Without the Globes, NBC will likely be looking to fill the vacated slot (though it’s not yet clear if NBC is still on the hook for annual $60 million payments to the HFPA after signing an eight-year deal in 2018). And with such a curveball thrown into traditional awards season, hopeful contenders will need to get creative to generate buzz.

“Actors and films will look to new ways to build momentum,” Mavity said. “And those of us who follow the race will have to look to new frames of reference for determining who has that momentum. It’s going to be an exciting new era for Oscar coverage.” 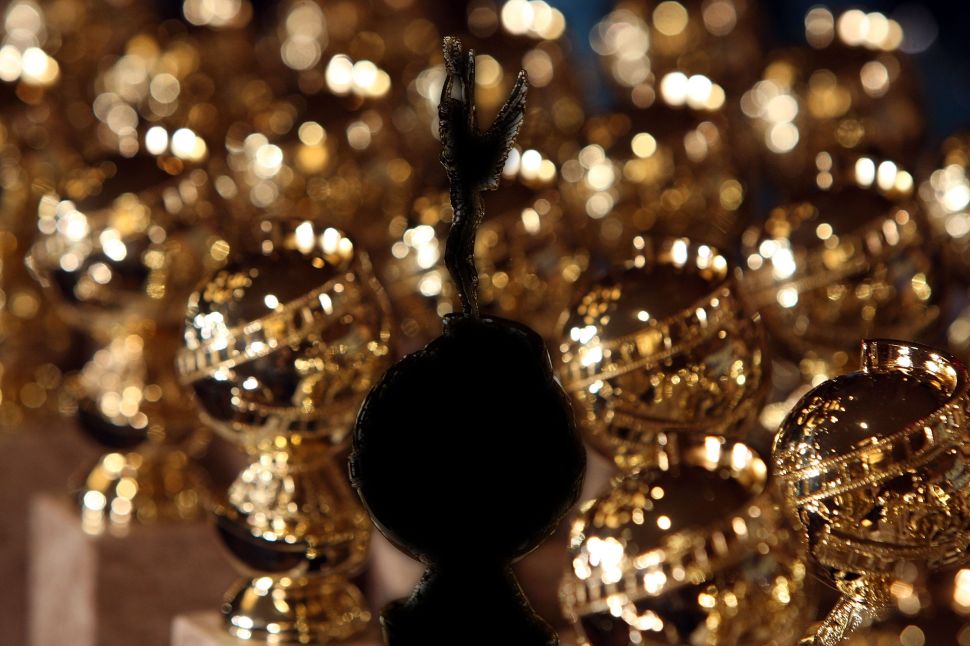