But much like Elon Musk hosting Saturday Night Live, controversy sells. Netflix is developing not one but two sequels to the racy drama, Deadline reports. Per the outlet, original cast members Michele Morrone and Anna-Maria Sieklucka will return along with Magdalena Lamparska. Model and actress Simone Susinna will join the cast. Original directors Barbara Białowąs and Tomasz Mandes are also returning.

The first film drew sizable interest as well as backlash as many claimed it supported abduction, sexual assault and Stockholm Syndrome. An online campaign calling for the removal of the film from Netflix’s platform drew 95,000 signatures, according to Deadline. Yet the film spent a whopping 47 days trending in Netflix’s U.S. Top 10 list. It cracked the Top 10 in upwards of 90 countries overall last year. The film even managed to generate more Google search traffic than Chris Hemsworth’s Extraction, which is Netflix’s most-watched original film, according to the streamer’s self-reported viewership data. 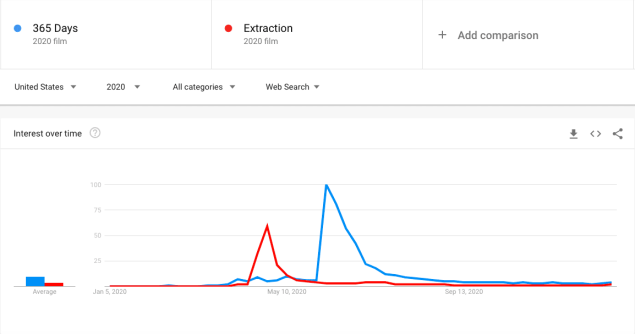 “365 Days was one of our most popular films for our members in 2020,” Netflix’s Łukasz Kluskiewicz, Content Acquisition Manager of films for CEE and Poland, told the outlet. “We’re working closely with Blanka Lipinska, the author of the 365 Days trilogy of books and writer of the film, to continue Laura and Massimo’s story on screen. Their journey together is full of many twists and turns as our characters continue to grow and learn more about themselves.”

The first film was an acquisition while the two sequels will be homegrown Netflix originals. This could lead to a more restrained follow-up, which may come as a disappointment to some viewers if that turns out to be the case. The sequels will be based on Lipinska’s novel trilogy, though are not considered direct page-to-screen adaptations. Production starts this month in Poland before moving to Italy as both films will shoot back-to-back. The first sequel is slated to debut in 2022.

“I’m hugely honoured that the remaining two parts of my 365 Days trilogy – This Day and Next 365 Days – will be brought to life on screen by Netflix,” author Blanka Lipińska said, per the outlet. “I’m so excited to show fans of my novels all over the world this fresh look at the characters and to continue Laura and Massimo’s story.”

It’s an open secret that Netflix is hungry for franchises. With 365 Days, the streamer has a steamy if polarizing new film series to flaunt.