The so-called streaming wars imply that conflicts are decided by battles and resources. Just as two opposing armies engage in smaller skirmishes for territory, the major streaming platforms trade blows to advance in the entertainment industry. Here, the libraries of shows and movies each platform collects serves as the powerful arsenals of artillery dictating victors and losers.

One year into the pandemic and subscription video on demand (SVOD) services have been forced to keep their library catalogs overflowing with a rotating collection of exciting programming lest they end up like their fallen comrade Quibi. The major battlegrounds that have emerged within this melee cover original and licensed TV shows and movies, family friendly entertainment, and reality television. These are high-growth areas where major streamers have focused the bulk of resources—it’s the small stakes TV equivalent to the Cold War’s Space Race.

After closing out the first quarter of 2021, it’s helpful to gain a tangible grasp of the emerging trends and changing hierarchy of the chaotic SVOD field. Reelgood’s Q1 2021 SVOD Catalog Insights report provides an assist in that quest for knowledge by ranking SVOD services in the United States for the past quarter based on original content growth, as well as the top production companies whose content is licensed by various streaming services. Exploring their findings paints a clearer picture of the streaming wars.

While streaming usage has tapered off since the pandemic highs of 12 months ago, it’s still going strong overall. Six million more U.S. customers cut the cord in 2020 and 59% of all TV consumers use two or more of the top SVODs (Netflix, Amazon Prime, Hulu, Disney+, or HBO Max), according to Hub. The same study found that eight in 10 consumers now use a streaming TV service in general while a recent forecast from Lightshed Partners projected 1.25 billion SVOD subscribers by the end of 2024.

To satiate the prodigious entertainment appetites of all those customers amid booming competition, streaming companies are desperately attempting to beef up their catalogs of content. This quarter, services like HBO Max, Philo, and Amazon Prime Video led the charge in making sure each new month brings an abundance of fresh shows and films for subscribers to choose from, per Reelgood.

The production shutdowns forced by the pandemic may have disrupted HBO Max’s original content intentions. But from a library standpoint, the platform has amassed a massive collection of TV series and films in a short amount of time. Pre-existing licensed content is attributed to lowering churn rates and keeping subscribers on the hook in between the releases of their favorite streaming originals.

According to Reelgood’s report, movies over the last six months were passed around from one streaming service to another 2.4x on average in the U.S. On the TV side, the average series in America has episodes streaming on two different services.

Top SVODs in the U.S. by Original TV Show Additions

Exclusive streaming programming is what drives new subscription growth in the first place. Among the major scripted players, Netflix, HBO Max and Amazon Prime Video lead the way in volume growth this year. Netflix’s overall growth may be slowing after a record year in 2020, but its customers remain the most loyal in the SVOD market by a wide margin likely because of the streamer’s extensive flood of originals.

Licensed and original programming work in tandem to attract new subscribers and keep them subscribers long-term. Impressively, newcomer Discovery+ has landed among the top-10 despite only launching in January. It’s done so by attacking  the high-upside genre of reality television, which segues into our next window into SVOD growth.

Top SVODs in the U.S. by Reality TV Content Additions

Unscripted television is so valuable to Hollywood because it is frequently among the most inexpensive genres to produce. As such, it offers an enticing bang for your buck return. According to Chris McCarthy, President of Entertainment & Youth Brands at ViacomCBS domestic media networks, the company has also found an overlap between sports fans and reality fans.

Reality is considered a major growth area within streaming with the number of reality TV shows nearly doubling year-over-year in Q1 2021 with a 92% increase.

Philo is a joint venture between A&E Networks, AMC Networks, Discovery, and ViacomCBS. It’s primarily a cable and satellite TV alternative that offers 60 channels for $20 per month. It includes live TV streaming and an avalanche of reality programming.

Top SVODs in the U.S. by Children/Family Content Additions

Another high-upside growth area within entertainment is family friendly programming. It’s a major reason Disney+ outperformed expectations and grew its subscriber base so quickly. The pandemic lent a helping hand to the genre with families mostly staying indoors over the last year. But animation had already been highlighted as a key battleground of the streaming wars prior to COVID. There’s a reason Netflix, HBO Max, and Disney+ are investing so heavily in the arena.

Again, a major takeaway is HBO Max ranking surprisingly well. The service has come under frequent criticism since its launch for a variety of reasons but has managed to build an impressive library. One reason for the platform’s surge in family friendly content is one of parent company WarnerMedia’s major subsidiaries, Cartoon Network Studios—which just so happened to be the production company to most actively supply episodes of content to the SVOD field.

Top Production Companies by Content Added to SVODs in the U.S.

Elsewhere, we’ve previously raised the question of whether ViacomCBS is truly committed to transforming Paramount+ into a dominant SVOD service, or if the streamer is just a flashy new toy to better prepare the company for sale. One would think if the parent company were serious about competing in the streaming wars, it would keep its major titles in-house. But production company Paramount saw the most movies added to any U.S. SVOD service in Q1 2021, though less than a fifth of these films ended up in CBS All Access (which rebranded as Paramount+ in March).

A whopping 32% of Paramount movies added to SVODs this quarter found a home in Amazon Prime Video, including the hit sequel Coming 2 America, which enjoyed the fourth biggest opening weekend shares of engagement of any movie that premiered on an SVOD platform this quarter, per Reelgood.

Though Sony Pictures Television may not crack the Top 5, it is arguably the premier third-party licensor in the business. The production company is responsible for some of the most popular and impressive original series in the SVOD marketplace including Cobra Kai (Netflix), For All Mankind (Apply TV+), and The Boys (Amazon Prime Video).

What are the major takeaways of this expansive status update? Netflix and HBO Max recognize Disney+’s advantage in family friendly programming and are revving up to chase the same demographic. Reality TV remains a high-upside genre, though Discovery+ is perhaps more of a niche streaming service as compared to the major SVOD platforms. ViacomCBS doesn’t seem all that interested in turning Paramount+ into a viable contender and despite some early stumbles, HBO Max is on track to become just that. Meanwhile, mainstays such as Netflix and Amazon Prime Video remain market-leaders in several categories. 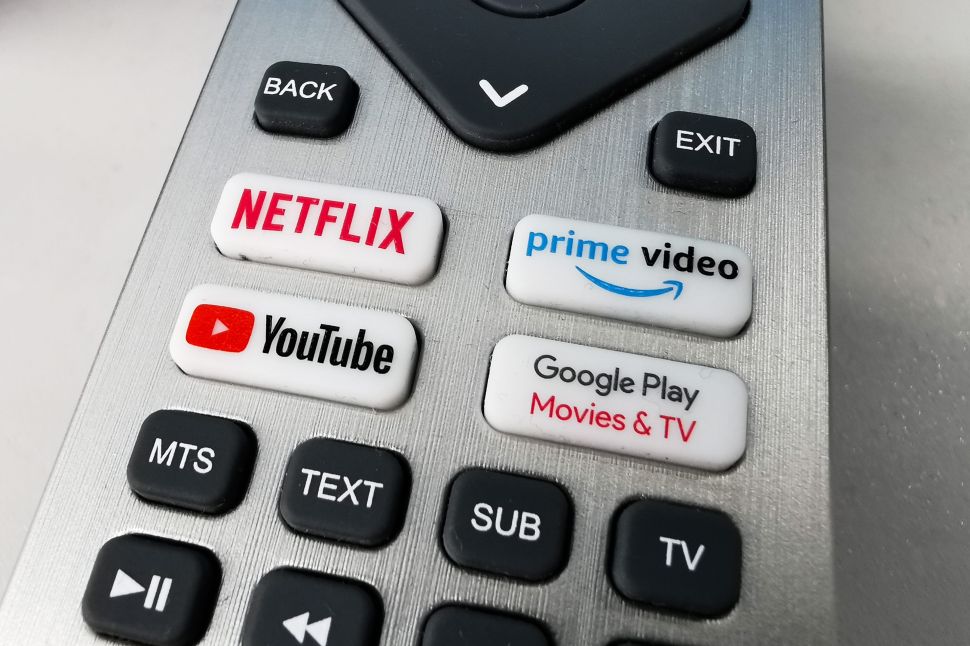