For all the flak Christopher Nolan and Warner Bros. got for the bungled release of his time-inverting action blockbuster Tenet, the film’s premise has ironically become a parable for the movie industry. In Tenet, objects and people can be temporally inverted which makes them appear to be moving backwards through time from our perspective. It’s as if someone hit a giant rewind button. Often, this occurs concurrently with what we perceive to be the natural flow of time, so you have scores of people moving both forward and backward in time simultaneously.

Netflix and legacy Hollywood studios appear to be embracing a similarly inverted path. Major entertainment companies such as Disney, Warner Bros. Universal and more—studios that have been around for around 100 years—are desperately racing to put their movies on direct-to-consumer platforms quicker and easier. Netflix, which spearheaded Hollywood’s shift toward streaming, is now on the verge of its biggest theatrical release ever. We are moving in two different directions at once.

On Friday, Netflix will deliver Zack Snyder’s Army of the Dead to 600-plus Cinemark theaters across the United States for one week before the movie arrives online May 21. It will be the widest release in company history after limited engagements for Oscars hopefuls in recent years. Naturally, this has caught the attention of the entire entertainment industry. There are strong arguments on both sides as to why the move may potentially be a brilliant innovation or a futile failure. Here’s how they break down.

Argument 1: Netflix fails if Army of the Dead flops

Streaming platforms exist in perpetuity. They are not beholden to the rigid schedules of film or cable that assigns an allotted window of time for viewership. As such, the consumer has ample opportunity to discover something in their own time and watch it. That’s not the case for movie theaters. Expensive marketing is aimed at motivating the masses to get into cinemas for a very specific weekend. We are cattle to be herded.

“Bold prediction: Army of the Dead is going to flop miserably in the theaters and Netflix is never going to tell us the box office numbers,” David Offenberg, Associate Professor of Entertainment Finance in LMU’s College of Business Administration, told Observer. “It’s not a ‘Build it and they will come’ situation. Theatrical movies have and always will be ‘Built it and market it and they hopefully will come.'”

Netflix did not previously release domestic box office numbers for films such as The Irishman, Marriage Story or Roma, all of which received limited releases.

“It’s not a ‘Build it and they will come’ situation. Theatrical movies have and always will be ‘Built it and market it and they hopefully will come.'” –David Offenberg

Major tentpoles can sometimes be preceded by mammoth six-month marketing campaigns with upwards of $100 million being spent on promotion and advertising under normal circumstances. This is done by companies whose expertise is in marketing and distribution with a distinct knowledge of how to spend money effectively and efficiently. That isn’t part of Netflix’s core strategies and the streamer has never had to execute a similar campaign with any sort of scale. It was only announced Army of the Dead would be made available in theaters just 10 days before its release.

We can understand the move from Cinemark’s perspective at this juncture of the pandemic. Movie theaters are desperate for fresh and buzzy titles to coax folks back in front of the big screen. But as Entertainment Strategy Guy rightfully points out, “By the fall, Cinemark won’t need Netflix films since they’ll have so much content (films getting six to eight weeks of marketing campaigns).”

There’s still incremental revenue in theatrical as we’ve seen a glutton of $1 billion blockbusters over the last decade. On one hand, it could represent a new revenue stream for Netflix, which is still $15 billion in debt and largely beholden to subscription dollars. On the other, adopting wide releases runs the risk of alienating the existing market-leading subscriber base.

It’s massively expensive to properly roll out movies in wide release. Netflix has employees with experience in this department, but doesn’t have the internal structure as of now to unveil a big theatrical marketing push. So the company would either need to staff up and restructure, or outsource it for a fee (ironically to an existing distributor like Paramount or Sony).

Then there’s the potential for contractual compensation that would accompany major theatrical releases. Remember, the reason why Netflix’s upfront talent salaries are so headline-grabbing huge is that the company is buying out the backend of these deals that would normally be connected to the box office. If Dwayne “The Rock” Johnson’s Red Notice gets a wide theatrical release later this yer, suddenly Johnson, Ryan Reynolds and Gal Gadot’s $20 million-plus salaries could ballon even further if it’s a box office hit. Adequate marketing and talent compensation would compound expenses considerably for the streamer.

“It’s more opportunistic by Netflix than an evolution of their business model,” Offenberg said.

With just days to go before the $90 million Army of the Dead arrives in theaters, general awareness is still far behind a traditional blockbuster in the U.S., per Google Trends search traffic.

“It’s not just can they spend the money, but can they execute once they’ve spent the money?” Offenberg said. “Netflix knows really well how to market to its subscribers. But it’s not at all clear if they know how to get a target demographic into a movie theater.”

In the pandemic, every film studio has experimented with new release strategies. Warner Bros. opted for day-and-date on HBO Max and in theaters for 2021. Universal is adding films to premium-video on demand after just 17 (or 31) days in theaters. Disney is operating on a case-by-case basis with Disney+ and Disney+ Premier Access while Paramount will make new movies available on Paramount+ up to 45 days after theatrical release.

Comscore senior media analyst Paul Dergarabedian calls Army of the Dead‘s distribution, as it opens in theaters on week before hitting Netflix, a “hybrid of a hybrid.” He sees it as further evidence that the delineations between mediums have collapsed for the better.

“The presentation of Army of the Dead in this manner is more important than the execution of it,” he told Observer. “It goes back to the idea that the big and small screen are complementary and additive and not adversarial.”

“The currency of conversation about the unusual release may be more valuable than sheer profit.” –Paul Dergarabedian

More importantly, he says Netflix may not be concerned with pure profit at all when it comes to the “why” behind the move. Instead, monetary metrics of revenue measurements may be less important than the buzz and conversation that becomes part of the life cycle for this particularl project. Films that receive exclusive theatrical releases tend to have a better shot at becoming streaming hits as well. With a live-action prequel and an animated spinoff series already in the works, it’s clear Netflix wants to turn Army of the Dead into it’s next homegrown franchise.

“To be innovative, you sometimes do things at the expense of dollars and cents,” Dergarabedian said. “The currency of conversation about the unusual release may be more valuable than sheer profit. Netflix has such deep pockets that they can afford to do things that don’t always make traditional financial sense.”

While Dergarabedian acknowledges that a standard tentpole feature would typically receive a six-plus month runway of marketing, he also sees the potential longer-term benefits Netflix might reap if the company is indeed intent on delivering more theatrical films. For theaters, Army of the Dead‘s one-week wide release is a sign of respect to the big screen. Whether or not it translates to greater viewership or ticket sales, it may just be a way to usher in more collaboration between the streamer and exhibitors. It creates a bridge to working together more frequently after past stumbles and roadblocks prevented such cooperation.

“Doing this obviously helps the theatrical industry which is struggling to find consistent releases week in and week out,” Bock said. But it could also throw more weight behind its own punches. “What surprises me most is that if Netflix wants to be in the theatrical business, why aren’t they buying or leasing theaters themselves? Seems like an obvious play if they really believe in theatrical’s longevity.”

Though Netflix isn’t covered under the Paramount Consent Decrees, 70-year-old legislature that prevented studios from owning theaters, its recent dissolution may lead to new companies entering the exhibition business.

This new release strategy presumably also helps with talent relations. Snyder, a high-profile filmmaker, gets a truncated wide release in what amount to a beacon to other creatives across the industry that the streamer is committed to making them happy. Netflix executives couldn’t have been thrilled to spend $160 million to $200 million on Martin Scorsese’s The Irishman only to watch the legendary director abandon ship when given the opportunity for a wide global release on his next film.

If you look at the history of Netflix, we haven’t always been able to acknowledge the changing tides. First, Netflix was a DVD by mail service long before it ever was a streamer. Then it was an original programming producer as well as an online library. Now, it’s the most prolific studio in Hollywood.

“This is just another in that evolution of Netflix changing their own rules and morphing into something we could have never imagined when they first started out,” Dergarabedian said. “There’s more to this story than meets the eye. When something doesn’t make apparent sense, there’s gotta be something else. Unless it truly is, ‘Netflix has so much money, tradition be damned.’” 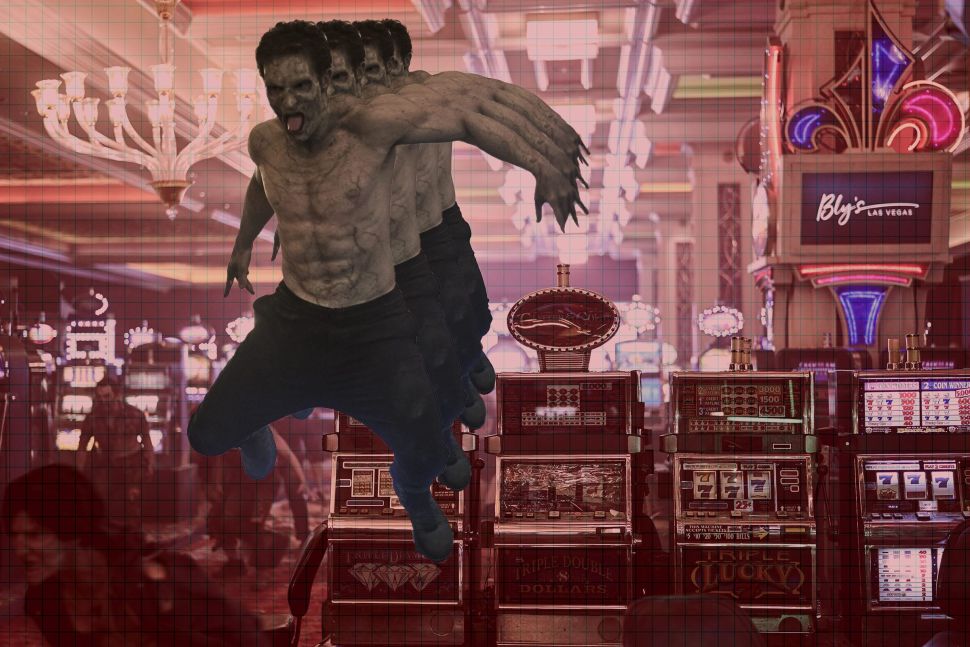