A record 532 scripted series aired across broadcast, cable and streaming in 2019. That number had been steadily increasing for years until the pandemic kneecapped the television industry in 2020. But with a package of new streaming services launching last year and production humming as usual, we can expect the trend to resume its upward trajectory. The hope amidst all this unfettered growth is that quality current series whose futures are somewhat up in the air don’t get lost in the shuffle.

So here are six recent TV shows that we hope eventually return with new episodes.

Noah Hawley’s Fargo has perfected the season-length anthology in our overstuffed contemporary small screen landscape. It’s darkly comic, appropriately stylized, and endlessly inventive. Hawley has a firm grasp of telling layered, interconnected narratives that blend grisly criminal elements with everyday, well-intentioned citizens who get in over their heads. Even as last year’s fourth season may have been the weakest of the bunch, it was still better than most of the forgettable drudgery that traipses across our screens.

Yet Fargo has always had an inconsistent timeline. After debuting in 2014, two years passed between Seasons 2 and 3 and then three years elapsed between Seasons 3 and 4 (though that was partially due to the pandemic). Thankfully, Hawley revealed at SXSW in March that he’ll begin writing Season 5 at some point in the “next year.”

According to Netflix’s self-reported data, Richard Madden’s Bodyguard was the fifth most-binged Netflix original of 2018. While it’s important to take the streamer’s metrics with a grain of salt, it’s easy to see how the addictive thriller morphed into a sensation.

Set in and around the corridors of power, Bodyguard tells the story of David Budd (Madden), a heroic, but volatile war veteran secretly suffering from PTSD now working as a Specialist Protection Officer for London’s Metropolitan Police Service. When he is assigned to protect the ambitious Home Secretary Julia Montague (Keeley Hawes), Budd finds himself torn between his duty and his beliefs. Responsible for her safety, could he become her biggest threat?

The series was such a hit that Madden quickly became a popular fancast as the next James Bond. In March, after years of rumors and audience impatience, producer Simon Heath said he was “reasonably confident” a second season would happen. Madden has previously discussed the directions he believes the show could go in a potential return.

There’s still life in True Detective even after a tumultuous three-season run. The first season of the seasonal crime anthology, which ironically premiered in 2014 alongside FX’s Fargo, delivered one of the most thrilling eight-episode runs of the last decade. Unfortunately, this had the adverse effect of smothering the series in runaway hype, which came crashing down with a disappointing sophomore follow-up. Season 3, starring Mahershala Ali, was more or less a solid rebound.

Since then, creator Nic Pizzolatto left HBO for a first-look deal with FX and Fox 21/Touchstone, which he signed in 2020. However, it was reported in January that he is currently negotiating an early exit from the deal. If he doesn’t return to HBO, the premium cable network should turn to the Safdie Brothers (Uncut Gems, Good Time), who signed first-look TV deals with HBO and A24 last year. The pair’s gorilla journalism style of filmmaking and keen outlook on the shady underbelly of society would bring a fresh and fitting perspective to the dark and cracked world of True Detective.

HBO’s The Outsider, based on Stephen King’s novel of the same name, was not only a commercial hit for the network, but a critical success as well. While the series sometimes dragged in its slow burn attempt to properly fill 10 episodes, it rode great central performances, an eery supernatural focus, and atmospheric tension to a successful season finale. Overall, this was a good show that audiences flocked toward. As such, it was a major surprise to see HBO cancel the series in November.

The Outsider has the potential to be what Hulu’s Castle Rock should have been. The latter became a tour guide for Stephen King’s greatest hits when it should have always been a roadmap to explore the intricate web of King’s universe, which delves into our deepest, most cutting fears in extreme manner. The Outsider has the potential to be a goldmine of material if executed properly and production company MRC is shopping a second season on the open market.

There’s a strong case to be made that David Fincher‘s Mindhunter is Netflix’s best overall original series. Its central characters are meticulously constructed with foibles and obstacles all their own. Their development and change over two seasons are all well-earned and in lock-step with the plot evolution that ensnares them. Pop culture has always been obsessed with serial killers, but Mindhunter refreshingly trades in the gore and guts for a more academic appraisal of these societal monsters. And with Fincher serving as a de facto showrunner, there likely isn’t a better looking original on Netflix.

Yet with Fincher spending the bulk of 2020 making Mank and the second season of Love, Death and Robots, cast members Jonathan Groff, Holt McCallany, and Anna Torv were all released from their contracts. Netflix didn’t officially cancel the series, but it’s rare to see a show return after its cast move on to new opportunities. Groff will next appear in The Matrix 4, Molly and the Moon and the TV series Lost Ollie. McCallany is set to appear in The Ice Road, Nightmare Alley, 61st Street and Our Summer of Song. Torv has joined the miniseries Fires.

Damon Lindelof, creator of HBO’s excellent Watchmen, has made it clear that he doesn’t have any ideas for a second season of the series and isn’t likely to continue forward with the show (even though star Regina King would love to). That’s understandable, though disappointing. HBO’s remix sequel of the iconic graphic novel builds on its source material by infusing it with a relevant racial lens and a host of intricate and intriguing characters that form a connective tissue throughout our history. The alternative America the show depicts is strikingly similar to our real world in all the wrong ways.

Since Lindelof is uninterested in returning, we’ve previously proposed the idea of HBO turning Watchmen into a seasonal anthology with a new, marquee creator being given a big budget for each season. Imagine Spike Lee, Bong Joon Ho or Ava DuVernay being able to play within this super powered sandbox. Awarding resources and creative freedom to the most talented of creatives to put their own spin on the superhero genre each and every year is a great way to keep this deserving property alive. 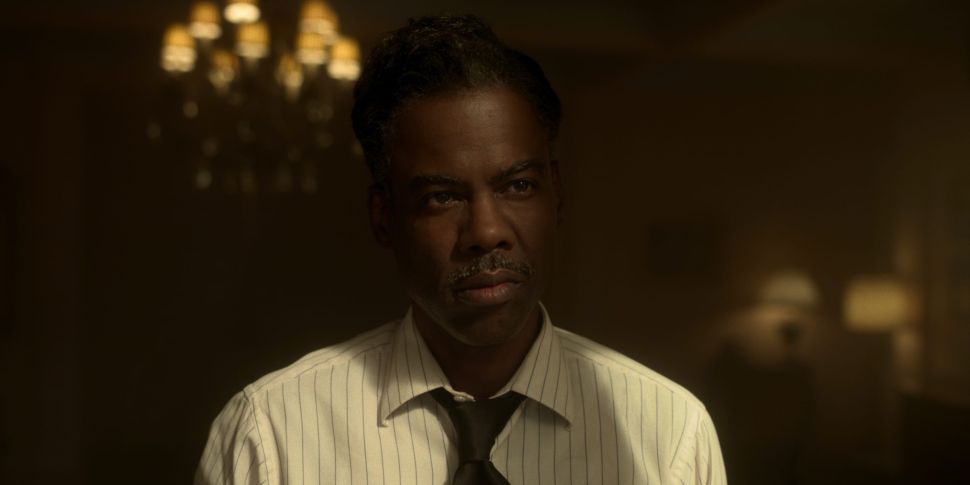