If timing is everything then what should we make of Netflix’s Master of None? The charming and offbeat first season arrived six years ago, a lifetime in the voluminous and forward-charging television arena. That first batch of episodes still stand as a unique blend of both coming of age and rom-com genre tropes with a distinct cultural perspective. Two years later, a more ambitious and melodic second season debuted, improving on the formula with a change of scenery and rewarding detours. Now, after four long years, Season 3 has finally arrived to remake the series in a new image that still shares the same DNA.

Mileage will vary on this newly refocused and glacially paced return, particularly after co-creator Aziz Ansari was met with a controversial sexual misconduct allegation in 2018 that struck a divide within the #MeToo movement. Yet the final five-episode product is a blush of heartwarming realism that lends credence to the adage that distance makes the heart grow fonder.

Master of None: Moments in Love removes the magnifying glass situated over Dev’s (Ansari) life in favor of Denise (Lena Waithe) and her partner Alicia (Naomi Ackie). Co-written by Waithe and Ansari, the latter of whom also directs all five episodes, the new season chronicles Denise’s relationship following the success of her debut novel in a modern love story that intimately illustrates the ups and downs of marriage, struggles with fertility, and personal growth both together and apart.

“Welcome to the past,” Denise tells Alicia in the season finale in what could be Moments in Love‘s ultimate thesis. Not in the sense that these new episodes yearn for a time gone by, but in their ability to expertly capture seemingly disparate chapters of life. The kindness of strangers, the lingering sting of an argument with a loved one, eating in your car, dancing in your kitchen. Master of None‘s return is less about seasonal arcs, though they are apparent, and more about strong episodic glimpses into ourselves. A feeling, a mood, a memory. The show understands that our growth is best seen in hindsight, while we’re often blinded by the moment when we’re in it.

The series, co-created by Alan Yang (Little America, Parks and Recreation) has always trafficked in authenticity, but Season 3 takes its mumblecore naturalism to a new level. This may be achingly relatable to some and infinitely frustrating to others. Seasons 1 and 2 were always deliberately paced, but Season 3 is even more languid and slow-moving than its predecessors. The temptation for impatient viewers to play with their phones in between long stretches of targeted silence will be palpable.

Yet Moments in Love is a beautiful depiction of real relationships and real life outside the life-or-death concerns that permeate Peak TV. Eleven is busy saving the world in Stranger Things and June is trying to save America in The Handmaid’s Tale. But Master of None‘s stakes are merely everyday happiness. Its collateral damage is the connections we hold dear in our lives. Episode 2, in particular, is a reminder that life is what happens in between the moments we hang up our jackets and put them back on. With all due respect to This Is Us, but this is us.

Moments in Love is particularly adept at juxtaposing our imagined lives with our realities. There are multiple tracks to our existence that we coast by on simultaneously. Our lives are never just one thing – they are everything in a blink that all end the same way. This season hones in on how we operate with others and for others versus our honest selves. Mistakes are often a subconscious declaration of what we truly want, the show seems to argue. Its tone is helped by Master of None’s ability to smuggle comedy into the absurdity of everyday life. A fractured relationship can be temporarily rescued by a perfectly timed Lorenz Tate reference.

There’s nothing flashy or particularly dynamic about Ansari’s direction, though its simplicity is intentional. He delivers long, uninterrupted shots with scenes playing out for several minutes before the camera deigns to cut. It’s almost as if life itself is being considered. Static, slow burn scenes used to deliver happy moments early on in order to remind us of what’s been lost when they’re repurposed later in the season. The unmoving focus forces the viewer to live completely in that moment, to feel its every exertion and invitation. It’s an effective immersion into this world, particularly when Ackie’s achingly vulnerable moments are positioned at the center of the story.

Refocusing Netflix’s most critically acclaimed series on a supporting character removed from the energy of New York City and the romanticism of Italy is a significant creative risk. Its new orbit and measured rotations will turn off a segment of prior fans. But Master of None: Moments in Love is an emotional triumph precisely because of the confidence it wields in its arresting genuineness. It is raw in its mundanity, respectable in its patience, and touching in its stillness. 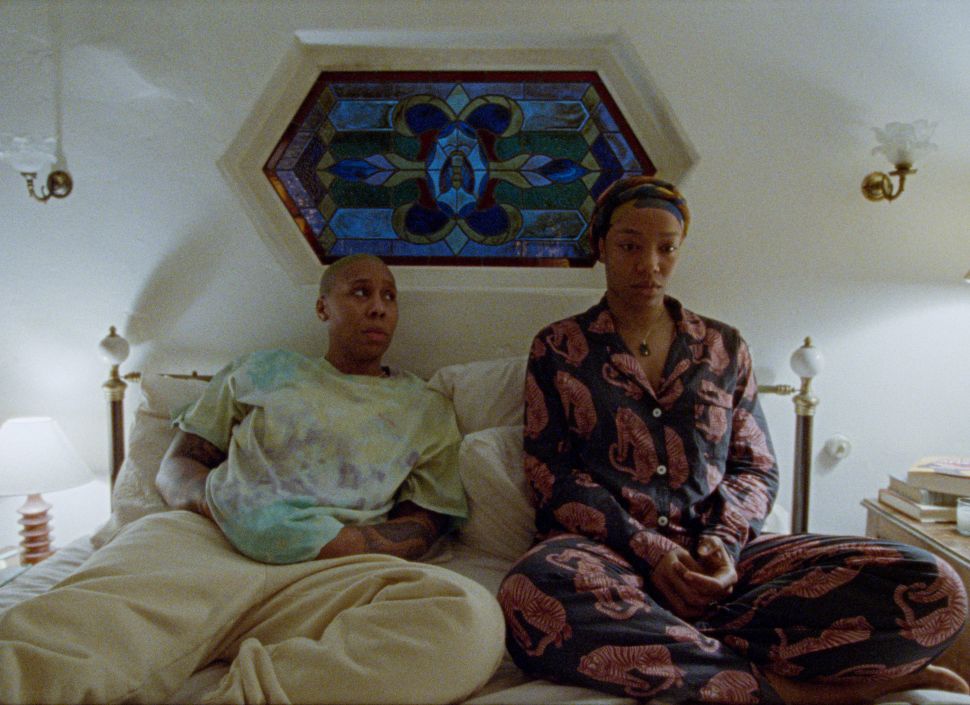