Prince Harry made another big media appearance this week, as he was the guest on Dax Shepard’s latest ‘Armchair Expert’ podcast. The conversation was focused around mental health, and the Duke of Sussex also spoke about a rather wide range of topics including his infamous naked Las Vegas photos, his new family life in California and how he and Meghan Markle, who are now living in Montecito with their son, Archie, and are expecting their second child this summer, would avoid photographers when they first began dating.

Prince Harry and Meghan’s first date was reportedly at Soho House’s Dean Street Townhouse location in London, and they managed to keep their relationship under wraps for a few months after they began seeing each other.

The Duke of Sussex told Dax Shepard that he and his future wife found a few ways to avoid the press, and that the first time Meghan came visit and stay with him at Kensington Palace, the couple met at a supermarket in London, where they pretended not to know each other.

“The first time Meghan and I met up for her to come stay with me, we met in a supermarket in London, and pretended we didn’t know each other,” Prince Harry revealed, adding that he tried to go incognito by wearing a baseball cap and just looking at the ground, where he had a stunning view of a surplus of chewing gum on the grocery store floor.

“We’re texting each other from the other side of the aisle, and there are people looking at me and giving me all these weird looks, and coming up to me and saying, ‘hi.'” Prince Harry continued, “I texted her, asking, ‘is this right one?’ and she’s like, ‘No, you want parchment paper.'”

During the podcast episode, Prince Harry compared life as a member of the royal family as “a mix between The Truman Show and living in a zoo,” and said that Meghan encouraged him to enter therapy, which is what positively changed everything for him.

If you want to listen to Prince Harry’s entire ‘Armchair Expert’ podcast conversation, check out the entire episode here. 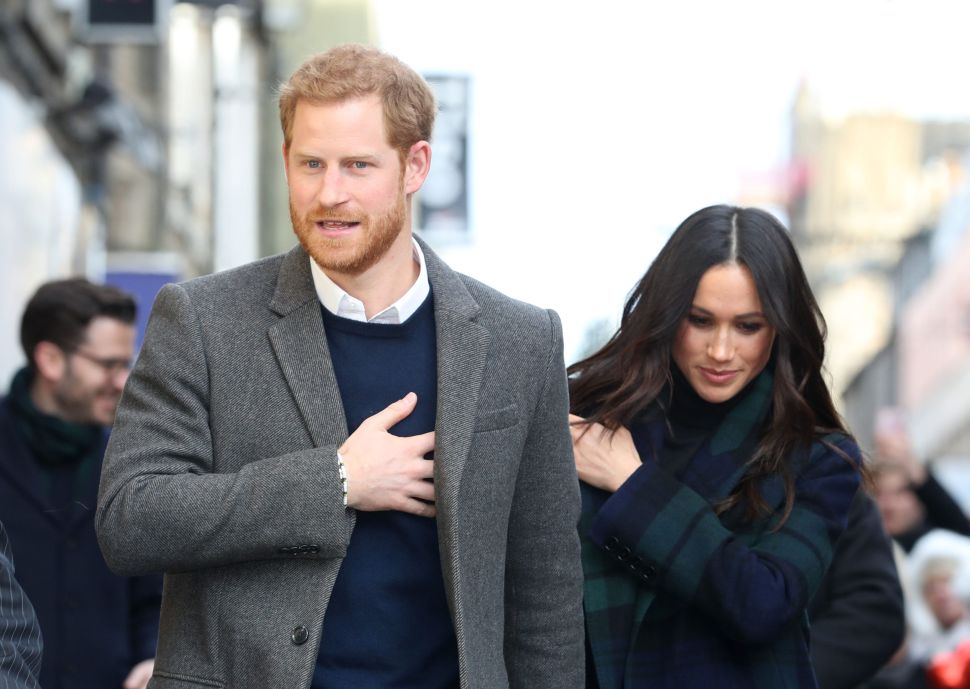