Both Prince Harry and Meghan Markle have spoken out about how the tabloid press has had a negative impact on their mental health. The Duke and Duchess of Sussex are now living in Montecito, but the aggressive media attention didn’t stop once they relocated across the pond. During a candid conversation on Dax Shepard’s ‘Armchair Expert’ podcast, Prince Harry said that after he and Meghan first moved to California, the paparazzi pounced upon their family in a “feeding frenzy.”

Before Prince Harry and Meghan bought their home in Santa Barbara, they temporarily lived at Tyler Perry’s Los Angeles mansion, and experienced serious privacy issues. “The helicopters, the drones, the paparazzi cutting the fence—it was madness,” Prince Harry said. “The people out here, their response was, ‘well, what do you expect if you live in L.A.?'”

Prince Harry pointed out that just because he’s a public figure doesn’t mean he isn’t entitled to any privacy, and also noted that he and Meghan didn’t actually intend to live in Los Angeles; it was always meant to be a stop along the way while they prepared to buy a home.

Prince Harry said that the situation has been “way better” ever since he and Meghan moved to Santa Barbara, but expressed his anger and frustration that the paparazzi still go to such extreme lengths to snap photos of the couple and Archie, and how Page Six recently published photographs of Meghan picking up their two-year-old from his first day of school, without blurring their son’s face out.

It’s widely thought to be rather unethical for publications to run photos of celebrities’ children without consent; Prince Harry noted that children haven’t signed up to be photographed, and “these kids don’t get a choice, they don’t get a say in it.”

The Duke of Sussex also revealed he’s made a famous new pal in Santa Barbara, as he keeps in contact with his neighbor, Orlando Bloom. “Just two days ago, he sent me a photograph from a security guard,” Prince Harry revealed, in which a man was lying in the back of a car with a massive camera, attempting to snap photographs of the actor with his kids.

Prince Harry did say that he and Meghan feel much more at ease since their move to California. “I can actually lift my head and I feel different. My shoulders have dropped, so has hers. You walk around feeling a little bit more free. I get to take Archie on the back of my bicycle.”

During the podcast, Prince Harry also opened up about mental health and therapy, and how he felt helpless while in the midst of royal life. Listen to Prince Harry’s entire ‘Armchair Expert’ conversation here. 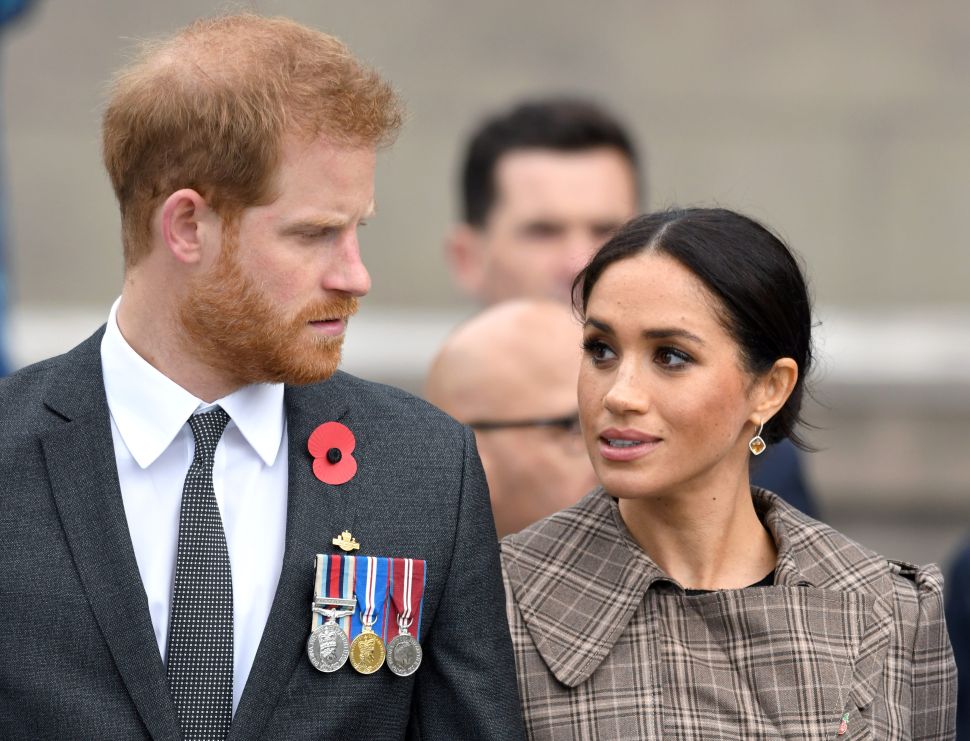