Prince Harry and Oprah Winfrey’s new mental health documentary series, The Me You Can’t See, was released on Apple TV+ today. The series features stories and discussion from a number of people on mental health and well-being, including the Duke of Sussex himself, who opened up about his own emotional and mental health struggles in a big way.

Prince Harry spoke about how Meghan Markle helped him realize he needed to start therapy; after a fight early on in their relationship, the future Duchess of Sussex told him he should see someone, and the Duke of Sussex explained that he realized if he didn’t work on fixing himself in therapy, then he might lose the “woman I could see myself spending the rest of my life with.”

The Duke of Sussex told Oprah that within just eight days of the press learning about his relationship with Meghan, there were various racist tabloid headlines, and his “biggest regret is not making more a stance early on in my relationship with my wife, and not calling out racism when I did. History was repeating itself. My mother was chased to her death while she was in a relationship with someone who wasn’t white, and now look what’s happened.”

He continued, “You want to talk about history repeating itself? They are not going to stop until she dies.”

During Prince Harry and Meghan’s previous interview with Oprah, the Duchess of Sussex bravely revealed her own mental health struggles when she was pregnant with Archie, and how she experienced suicidal thoughts. Prince Harry elaborated on the circumstances in the new docuseries, and said that when Meghan finally told him she had these suicidal thoughts, that “the thing that stopped her form seeing it through was how unfair it would be on me, after everything that happened to my mum, to then be put in the position of losing another woman in my life.”

Prince Harry said it was “incredibly triggering to potentially lose another woman in my life. It’s like the list is growing, and it all comes down to the same people, the same business model, the same industry.”

The Duke of Sussex said that his family’s lack of support after telling them that he and Meghan needed help for these emotional and mental health struggles was part of what led them to leave their royal roles behind, as well as their son, Archie. Prince Harry said that after his son was born, “I’d far rather be solely focused on [him], rather than every time I look in his eyes, wondering if my wife is going to end up like my mother, and I’m going to have to look after him myself.”

Prince Harry said, “That was one of the biggest reasons to leave. Feeling trapped and feeling controlled by fear, by the media and the system itself, which never encouraged the talking about this kind of trauma.” He added, “I will never be bullied into silence.”

The Duke of Sussex has no regrets about his and Meghan’s decision to leave their royal roles behind and make the move to California; the couple has now established a new life for themselves at their home in Montecito, where they live with Archie and are preparing for the arrival of their baby girl this summer. Prince Harry said he’s confident that his mother would be “incredibly proud” of him, and that “I’m living the life she wanted to live for herself, living the life she wanted us to be able to live. Not only do I know that she’s incredibly proud of me, but that she’s helped me get here. I’ve never helped her presence more than I have over the past year.” 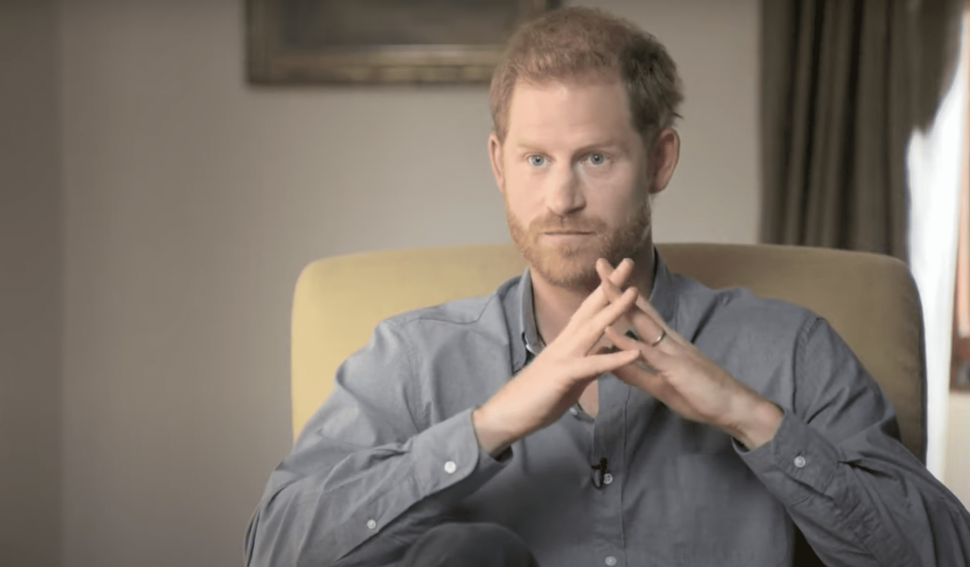