At long last, the first official trailer for Prince Harry and Oprah Winfrey’s new documentary series, The Me You Can’t See, finally dropped today, and a certain Duchess made a special cameo appearance. Prince Harry and Oprah are co-creators and executive producers of the multipart Apple TV+ series, which features stories and honest discussions on the current state of mental health and well-being, with participants including Lady Gaga and Glenn Close.

The newly released trailer featured a little cameo from Meghan Markle; the snippet shows the Duke and Duchess of Sussex at the computer, in what looks like a video appearance from their Montecito home. Meghan, who is pregnant with the couple’s second child (a baby girl!) is standing over her husband and smiling at the screen, dressed in a white tee emblazoned with the phrase “Raising the Future.”

Prince Harry, who is now living in California with Meghan and their son Archie, has long been an advocate for mental health awareness, and ending the stigma around mental health. In the series, Prince Harry and Oprah will lead the discussions on mental health and wellbeing with a number of famous guests, including athletes DeMar DeRozan and Langston Galloway, as well as people all around the world. The duo will also open up about their own mental health journeys and struggles, per the Apple TV+ release.

In addition to present-day footage, the trailer also featured clips of 12-year-old Prince Harry walking behind Princess Diana’s coffin at his mother’s funeral; the Duke of Sussex has previously spoken out about how traumatic that moment of public mourning was for him.

In the promotional trailer for the *very* highly anticipated series, Prince Harry and Oprah speak about the stigma around mental health conversations. Towards the end, Prince Harry says, “To make that decision to receive help is not a sign of weakness.  In today’s world, more than ever, it is a sign of strength.”

The then-unnamed docuseries was first announced back in 2019, on the SussexRoyal Instagram account, when Prince Harry and Meghan were still living in the U.K. as senior working royals. The show was initially set to launch in 2020, but filming and the subsequent release date were delayed, likely due to the COVID-19 pandemic. 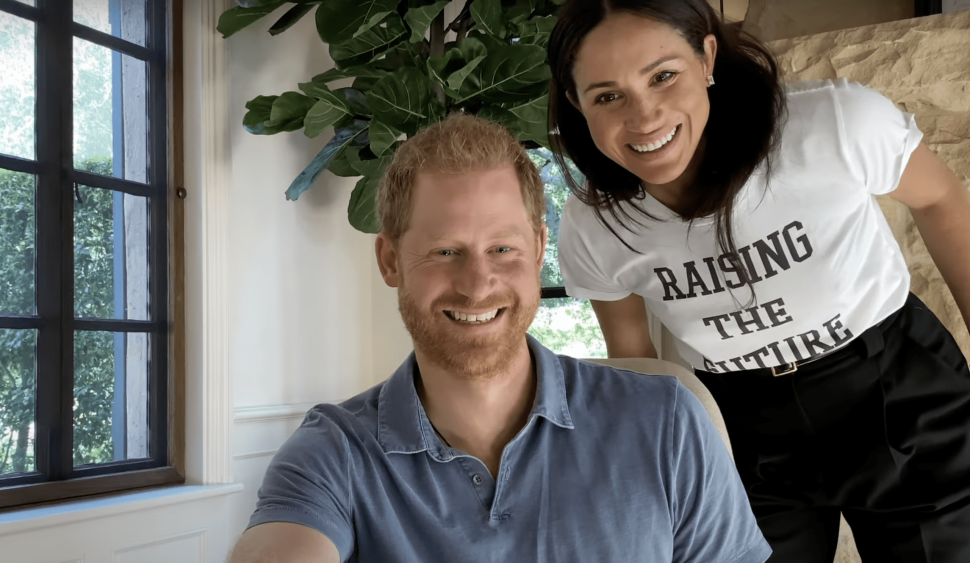