Rachel Cusk’s latest novel, Second Place, published by Farrar, Straus and Giroux, is set by a marsh. It reminds the narrator, M, of a famous painter’s works, so much so that she imagines her very viewing of it as “half-creations”, paintings of his, created by her. So she invites L to stay with her and her husband Tony at a second cottage on the land. To M, both the marsh and L’s landscapes hold “the quality of something remembered, that shares and is inextricable from the moment of being.” When he arrives during a global quarantine (making this one of our first COVID novels), M hopes that he will see it the way she does and capture the truth it stows. But he brings with him a younger, pretty companion Brett, and so too arrives Justine and Kurt, M’s daughter and her boyfriend, which overwhelms M’s fantasy of some private intimacy with the painter.

Cusk loves to make metaphors out of a space’s vastness, where a landscape illuminates the drama of the narrator’s life: an unending sky that makes miniatures of airplanes, an ocean that drops its contents off at the horizon. M is epiphanic, “the roof seemed to lift off the hotel and the walls to fall away and the huge starry darkness to embrace me with the implication of what I felt.” When she is desperate, the marsh enacts a coming apart; walking out onto it, “it just sort of dissolves.” Like always, Cusk writes about narrative as such, namely its trappings, which the marsh offers to solve by transcendence: “I ceased to be immersed in the story of my own life and became distinct from it.”

As the author of ten novels, three memoirs, and a book of essays, Cusk has spent much time under the scrutinizing gaze of literary critics. Subjected to moralist judgments herself (mostly about motherhood and marriage), Cusk writes characters who want to be unmoored from the narratives that have dictated their lives. Faye of the Outline trilogy was seen as an emphatic withdrawal of Cusk’s authorial persona—as a main character that rarely opines, she is defined by her capacity to listen. M is Faye’s opposite, with an exhaustive interiority, she speaks herself into existence (“I need to talk in order to feel real”). Both are reckoning with the various unfreedoms of the patriarchy, but Faye determines to be passive to life while M refuses to concede the force of her will. In an interview Cusk describes creating Faye: “What would happen if you were just swept along like a leaf on the ?” M is Cusk’s response to herself, another play of the same game. So, M refuses to be swept along, she argues instead that “a woman could never throw herself on fate and expect to come out of it intact.”

Cusk continues her struggle with issues of power, but often slips into easily-drawn essentialisms that do little to provoke more nuanced critique.  M’s masochistic need to be recognized by L’s eye and desired as a muse doesn’t falter in the face of his cruelty. Despite the envy she musters toward L’s freedom, represented in his art as “a freedom elementally and unrelentingly male,” she returns constantly to her own irritating, repetitive insecurity: “a feeling had been growing inside me, of the most abject rejection and abandonment, because what I understood him to be saying … was that my used-up female body was disgusting to him.” But M succumbs to an unhinging that in fact depends upon unspent energy, experiences boredom that is actually only possible because of her own relative freedom: “I always sprang out of bed in the morning, careening around full of energy and will and quite capable of building Rome in a day, only this other part of me wouldn’t let me do it.” Seeing malaise as a kind of liberty conflicts Cusk, since her urge to write has so far defeated her feeling that she has nothing to say (when asked about writing more fiction during her press tour for Coventry, she responded, “I think more anything is problematic … it’s definitely time for other voices.”)

M’s other relationships are similarly informed by her persistent drive toward narrativizing the self. “My individuality,” M tells us, “had tormented me my whole life with its demand to be recognised.” Punctuated literally by copious exclamation points, she is like a child tearing a pen through her diary, and is instinctually pulled toward regression: “I wanted to lie down and hammer my fists on the grass.” Perhaps it’s this childishness that makes it harder for her to see Justine becoming an adult, and instead sees herself: “I loved Justine as it were self-critically.” M’s relationship to herself is the first one at stake, and it jeopardizes all others. Throughout the novel it vacillates, gets worked out with every word: “I spoke as though some god of speech had taken possession of me on the pavement — I declaimed, the sentences falling from my mouth in great wreaths of significance.”

M and L are initialized in reference to Mabel Dodge Luhan’s memoir Lorenzo in Taos. L is based on Luhan’s depiction of D.H. Lawrence, an eminent influence for Cusk. Originally published in 1932, most of the memoir is set at Luhan’s place in New Mexico, where well-known artists would often frequent. Cusk copies Luhan firstly in form, addressing an outsider from a perspective distanced by time: Jeffers. Only Luhan explains that she is telling her story to the poet Robinson Jeffers. Cusk’s refiguring of this obscure book conjures a palimpsest for the close reader, where themes of authorship, creation, and influence reveal themselves the more obsessively one commits to the hunt for context.

L is elaborated precisely, often placed in scenes that have been directly drawn from Luhan’s recounting of Lawrence. His artistry, for example, gives him great authority in the eyes of M, and when he is unhappy, he is deemed to be revealing a greater truth of the world: “It was as though, in those moments, his terrible objectivity became my own and I saw things the way they really are.” In her depiction of Tony, however, Cusk does little to transform Luhan’s own husband, who was Pueblo. Rather, she adopts much of the same stereotyping of indigeneity that is more explicit in Luhan’s book. His difference serves mostly to help M understand L and to explain her need for him: “Tony didn’t believe in art – he believed in people, their goodness and their badness, and he believed in nature.”

Cusk’s successes come by way of mood, and tension rings at a dissonant pitch throughout the novel. “The stillness mounts and mounts, and the air becomes more and more charged with intensity, and finally the sea begins to give back its light like a shield.” Everyone except M seems impenetrable, even unimportant to the central drama of her interior world. Nonetheless, they sustain the best moments of Second Place, drawn with the expertise of Cusk’s previous novels. The fragile Kurt plays at being a writer, walking “fatefully off to the study in those espadrilles, carrying a block of paper under each arm and the pens in the pocket of the housecoat.” M immediately despises Brett for accompanying L at all (“lodged like a giant splinter”), and so puts her at a strenuous distance from us, despite her being rather imposing: “it was amazing how Brett could make you feel physically trapped, even in the most open of spaces”. In a rare exchange, Brett describes her cousin’s abuse: “He used to shut me in a cupboard at family parties when I was little and put his hands up my dresses. He looks like a sea monster now. But he became a collector, as they all do.” In spite of the illumination, resentments continue to tie M to herself more often than similarities connect her to others.

The novel’s inquiries into art and truth wrap the whole book in slippery significance; just as something gets worked out, it is broken down again, shards blending in with the ground. In a final letter to M, L asks her, “Why are things more actual afterward than when they happen?” Perhaps things are also more actual after they’ve been written about too. M retells her story to Jeffers; at the end she says, “I hope I have become, or am becoming, a clear channel.” Betraying the marsh’s constitution, M sees feeling as a fog, and in the end she wants to be, perhaps, someone like Faye. Whether she succeeds cannot be assumed, since we remain waterlogged throughout, a clear picture struggling to surface. Nonetheless, the impressions are enough to seduce us toward the centre of the flood. 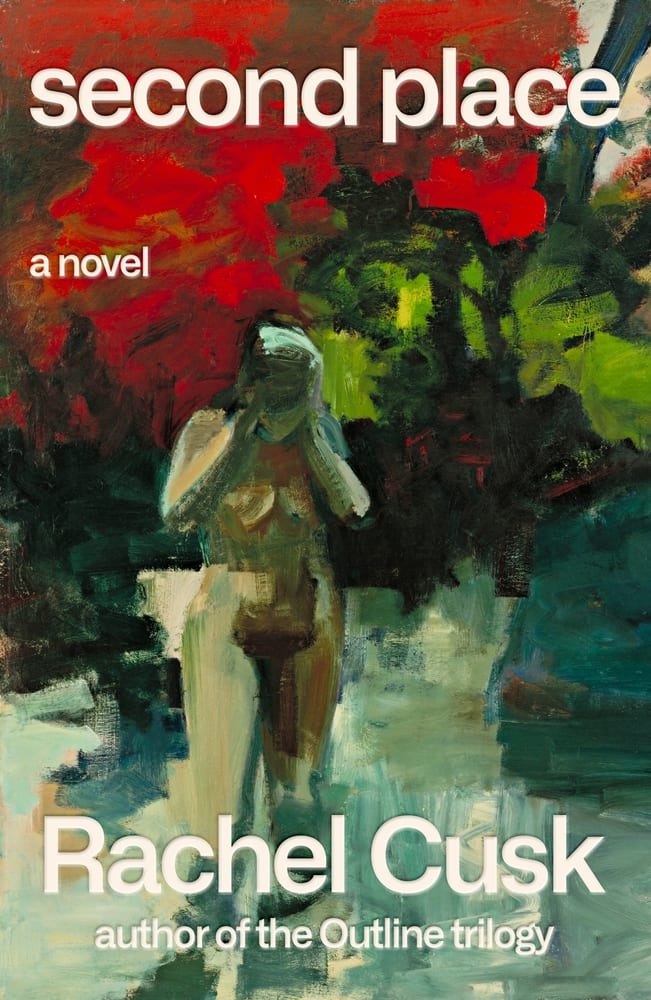