Elon Musk’s controversial turn as Saturday Night Live host led to an impressive 7.3 million viewers this past weekend, the third most-watched episode of the NBC staple’s 46th season. Stop us if you’ve heard this before, but apparently audiences love controversy. Musk’s hosting gig did more than just boost SNL‘s linear viewership as it sparked a surge of viewer demand in both the United States and worldwide.

U.S. demand for SNL on the Saturday hosted by Musk and the following Sunday was the second-highest for a host this season (69.7 times the average show in the U.S.), according to data firm Parrot Analytics. This fell just short of Dave Chappelle, who registered 70.7 times the demand of the average series around his hosting duties.

Parrot Analytics sifts through social media, fan ratings, and piracy data to represent audience demand, which reflects the desire and engagement expressed for a title within a market. While that can sometimes skew the data in favor of a title on a platform with a significantly smaller reach than its rivals but with vocal online fans, it does help to quantify the intangible buzz element of a series.

In this instance, Musk helped SNL leave a significant footprint on the pop culture conversations from detractors and supporters alike. NBC must have foreseen an explosion of interest as this week’s episode was also live-streamed on YouTube in more than 100 countries for the first time ever.

Saturday Night Live is traditionally an American attraction with overseas audiences understandably not sharing the same affection for the long-running late night institution. Yet Musk managed to drive interest across the globe in his turn as host, drawing new audiences to the program.

He was by far the most popular host globally this season pushing demand for the show up to 73.9 times that of the average series, well above the attention brought by other hosts. In turn, SNL rose to the second most in-demand series worldwide on Sunday, May 9, up from 54th most in-demand the previous Sunday, May 2.

Demand was particularly high in Musk’s native South Africa, where the show reached 20 times the demand of the average series on Sunday. This is more than triple the average demand for SNL over the previous 30 days. As of this writing on Wednesday, May 12, Saturday Night Live is the No. 1 most in-demand series in the United States (88.13x) as well as worldwide (78.65x), per Parrot Analytics.

Musk, the CEO of Tesla and SpaceX, is one of the rare SNL hosts who has little to no tangible ties to the entertainment industry outside of cameos and podcast appearances. He is one of the world’s wealthiest moguls and has a strong presence on social media. 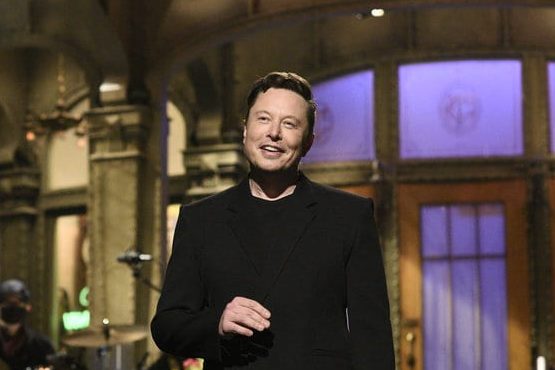