SpaceX’s emerging rival, Rocket Lab, is scheduled to launch an Electron rocket early Saturday morning, delivering two imaging satellites into orbit for BlackSky, and attempt to recover the rocket’s first stage from the Pacific Ocean as part of the company’s ongoing reusability test.

It will be Rocket Lab’s second attempt to recover Electron’s first stage in an operational mission. The company successfully conducted a similar test in November 2020. But the rocket used in Saturday’s launch has a few minor changes—the vehicle has a new stainless-steel heat shield at its base, instead of the last-generation aluminum-backed shield designed to cover heat loads experienced during ascent only.

The rocket will also fly with some used components, including the “propellant press system” that flew on the Electron last November. “The press system is a great candidate to start with because it’s a very easy system to isolate and test quickly,” Rocket Lab CEO Peter Beck told reporters during a media call on Tuesday.

After reaching the desired altitude, the Electron’s first stage will reenter Earth’s atmosphere and splash down in the Pacific Ocean several hundred miles from the launch site. A ship will retrieve the stage from the and return it to the company’s factory for analysis.

The Electron is about four times smaller than SpaceX’s iconic Falcon 9, the industry standard for reusable booster, and is therefore much cheaper to use. (A Falcon 9 mission costs between $50 million to $70 million, whereas Electron starts at $7.5 million.)

“Our launch vehicles are tailored for different markets,” Beck spoke of the competition with SpaceX in an interview with Observer last December. “While SpaceX is building bigger and bigger rockets, we make a much smaller launch vehicle dedicated for small satellites.”

The recovery process is also different. While Saturday’s test will be similar to how Falcon 9 recovers its first stage and fairings, Rocket Lab ultimately plans to recover the Electron boosters in midair using a helicopter. “The fundamental challenge is the same, which is getting through Earth’s atmosphere,” Beck said.

If Saturday’s recovery is successful, Rocket Lab plans to test one more upgrade of the Electron first stage before the end of the year. 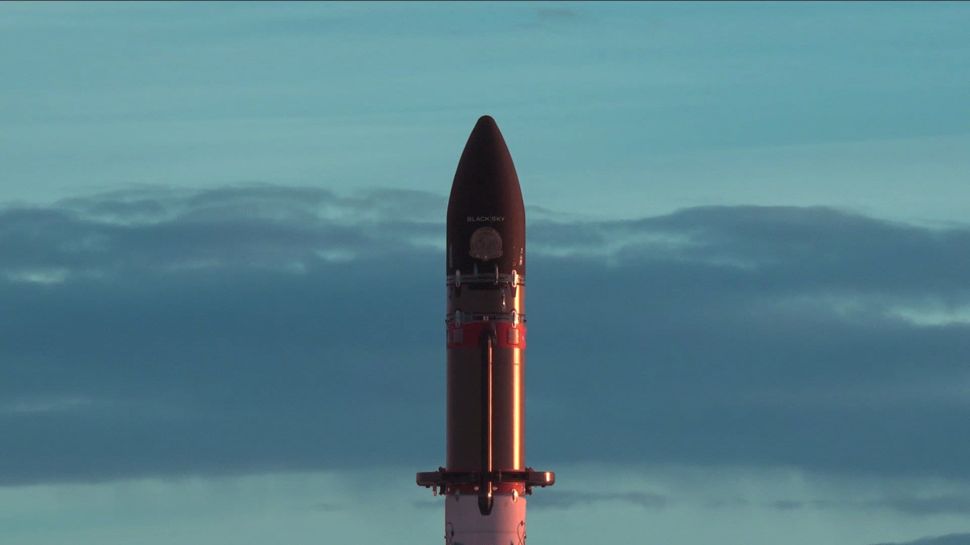