Over the weekend, New Yorkers took to streets in the thousands to advocate for the lives and rights of Palestinians, and to protest against the sustained airstrikes that Israel has been inflicting upon the Gaza strip. This past weekend, protests on behalf of Palestine also coincided with the ongoing “Strike MoMA” protests that have for months seen activists pushing back against the institution and its ties to private philanthropy. As a result, last Friday, a demonstration outside MoMA led to the arrest of one protester; additionally, five members of the International Imagination of Anti-National Anti-Imperialist Feelings have been banned from the museum permanently.

According to Hyperallergic, before the protest began, an activist who had previously demonstrated at the museum on April 30th was told that she had been permanently banned from the museum by a security guard. Furthermore, speakers at the protest over the weekend brought up allegations that MoMA trustees Larry Fink and Leon Black both have investments in companies that supply arms to the Israeli military. Earlier in the year, in the wake of over 150 artists calling on MoMA to separate itself from Black, the former Apollo Global Management CEO announced that he wouldn’t seek re-election after his tenure as chairman of the museum expires.

“The Museum of Modern Art respects the right to protest and has a long history of making space for many voices to be heard,” a spokeswoman from the museum told Observer in response to a request for comment on the bans of protestors. The spokeswoman also said that on April 30th, five protesters affiliated with the International Imagination of Anti-National Anti-Imperialist Feelings coalition attempted to force entry into the museum via its staff entrance on West 53rd street.

“We have a zero-tolerance policy for individuals who endanger staff, visitors, artwork, or any Museum property,” the spokeswoman continued, adding that the protesters “repeatedly harassed and assaulted security officers, in direct violation of our visitor code of conduct.” 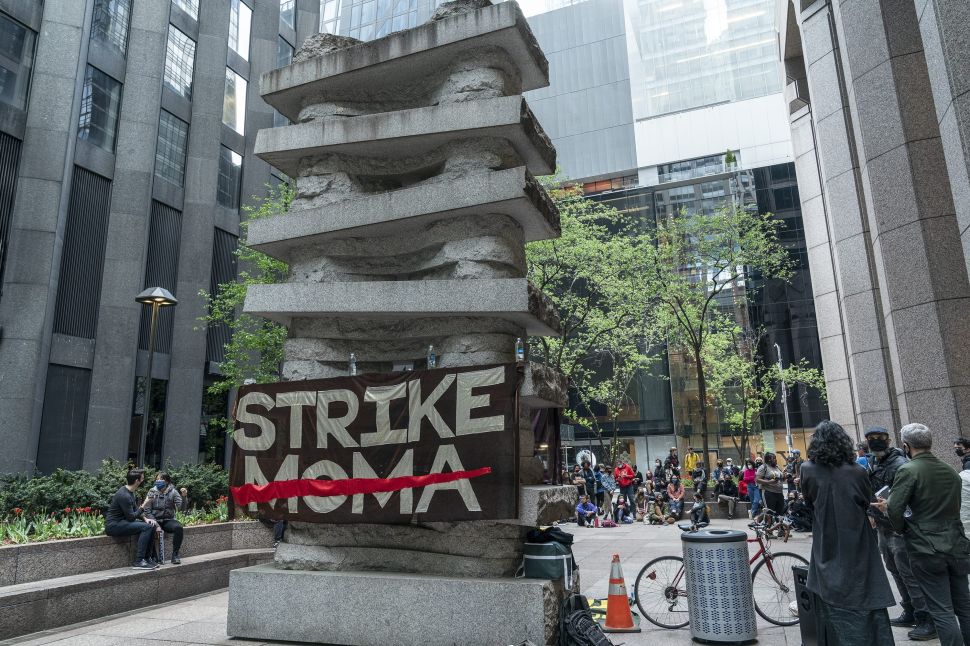