A little kid wakes up on a bed of dirt in a high-ceilinged, underground space, in a patch of sunlight that illuminates her auburn afro. The dust particles look like stars before sunrise and the subway rumble could be the ocean. But the sound that stirred her was the unnatural echo of construction workers prepping to clear her home.

Before this first scene from 2020 film Topside, which premiered in the U.S. at Seattle International Film Festival on April 8, a quote serves as a preface: “J.C. told me initially that his community had no children… After a moment he added, ‘We have adults as young as five.’” That’s from Jennifer Toth’s 1993 book The Mole People: Life In The Tunnels Beneath New York City, about societies below our own. Filmmakers Celine Held and Logan George fictionalize the idea of a five-year-old adult in their wrenching drama, chronicling a few days with a houseless mother and daughter. They won Best Technical Contribution at Venice, using jumbled sound and frantic cinematography to enter the perspective of Topside’s focus, a girl named Little, pulled off by sophisticated newcomer Zhaila Farmer.

Topside follows a three-act structure. There is life in the cavernous tunnels, where Little has spent her whole life. She watches cartoons on a portable DVD player, charged using electricity pirated from the city grid. While she waits for mom Nikki, played by Held, to return from doing unsaid things, neighbors try to teach her subtraction or read from library books years overdue. Nikki will bathe her and whisper to her the story of her wings, which need to grow just a little bit more before they can fly to the world above. The second act is their struggle to find a place to sleep “topside” when law enforcement evicts the community. Without saying too much, the third is a separation.

Held and George started writing Topside ten years ago, when Held was splitting her time between an Americorps gig with kids on New York’s Lower East Side, many of whom lived below the poverty line, and babysitting for wealthy families on the Upper East. She noted the disparity in material well-being, in who gets to have a childhood. She was also reading The Mole People.

Toth’s book was an instant hit, tickling a fetishistic desire to understand the non-working poor, society’s drop-outs and those society has failed—allowing readers access to grim stories of heroin-addicted pregnant women without demanding that they engage with the person on the corner asking for a dollar. The Los Angeles Times, where Toth was an intern, wrote in a review that she “deftly manages to reserve her emotional allegiance for the underground homeless themselves, while at the same time rejecting their paranoid tendency to deny the beneficence of all authorities above-ground.”

Toth was particularly interested in the Freedom Tunnel under Riverside Park, which sheltered hundreds of people in the 1980s. Some New Yorkers remember an era of prosperity and yuppie culture while others think of the crack flooding the streets, a policy change that led to the release of mentally ill patients from state facilities, and increased police patrolling of parks and stoops. Today, the Freedom Tunnel is a mythical space, for urbanists as much as street art aficionados — the legendary Chris “Freedom” Pape painted versions of Goya’s The Third of May, Michelangelo’s David, and Salvador Dalí’s The Persistence of Memory on its walls. The way natural light filters through the grates, apparently they’re lit like a gallery. So it looks when Little and Nikki flash by a chiaroscuro mural, fleeing from child protection services.

While the reading public may have gone glassy-eyed at Toth’s descriptions of barbecued rat for dinner, her reporting was criticized for factual inaccuracies. According to railway buff Joseph Brennan, the existence of secret passageways and Central Park entry points is implausible and “reminiscent of scenes in the TV series Beauty and the Beast.” The attempt to demystify “mole people” was mythmaking itself.

Topside makes no claims about geography (though they do emerge near Times Square, probably the worst place to be introduced to civilization). The film resists politics, an easy explanation of Nikki’s trajectory, or commentary on the race relations between a white mom and her Black daughter. “We don’t want [Topside] to stand for anything bigger than the small story it tells,” Held and George said in an interview with SXSW. “There’s a lot of grey areas in the story and things purposefully left unsaid… Hopefully it’s hard to shake.”

It’s become too easy to shake off everyday reminders of the homeless crisis and the shadow world created in response. Through the eyes of one five-year-old living it, it’s blinding. 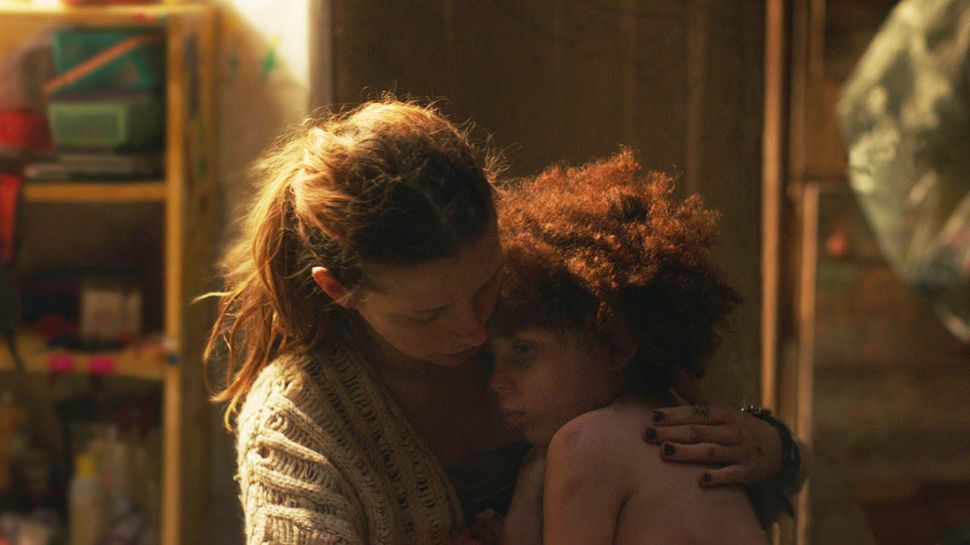