The national conversation around policing and racial justice has been dominated by Minnesota for much of the past year ever since the murder of George Floyd at the hands of Minneapolis police officer Derek Chauvin. And as if things couldn’t get worse for the state’s image, at the height of the Chauvin trial, in the nearby suburb of Brooklyn Center, another routine traffic stop turned deadly when a veteran officer mistook her 9mm handgun for a taser and delivered a deadly shot to a Black 19-year-old named Daunte Wright.

So, it’s probably not surprising that it is also in Minnesota where an idea has come to life that aims to level the playing field for drivers during routine police traffic stops.

An app called TurnSignl provides those pulled over by police with instant video access to a live criminal defense attorney. “It’s as if you have a buddy in the passenger seat who happens to be a licensed attorney with a specialization in vehicular regulations, search and seizure, and other issues that routinely come up during traffic stops, particularly when they involve people of color and other especially vulnerable populations,” said Jazz Hampton, co-founder and CEO of TurnSignl, in an exclusive interview with Observer. “Our expert lawyers, in addition to knowing the law, are also trained in de-escalation to make sure that things don’t go sideways. The goal is to make sure everyone—the driver and passengers as well as the police officers—makes it home safely.”

In addition to providing immediate access to a vetted lawyer, TurnSignl serves as a “reverse body cam,” recording the entire interaction and instantaneously uploading it to servers in the cloud.

“We have seen so many instances in which law enforcement has bodycam or dashcam footage of traffic incidents that they hold on to for a variety of reasons,” observed Mychal Frelix, another co-founder of TurnSignl. “With our app, drivers will have their own independent and secure record of what actually transpired. The era of ‘he said, she said’ in traffic stops has come to an end.”

The app’s most brilliant feature is decidedly analog in nature: a decal that a driver can place on the rear of the car and the inside windshield to alert law enforcement that the vehicle is part of the TurnSignl network. These stickers essentially serve a role akin to security logos that homeowners place near their home’s front entrance alerting potential criminals that the house is under constant surveillance.

“The app is not anti-cop,” emphasizes Andre Creighton, the third co-founder of TurnSignl. “But the decal quickly conveys to police officers that the diver is someone who takes his or her safety seriously. It’s not a get-out-of-jail-free card and if you were speeding, you were speeding. What we are doing is creating an environment that ensures that a routine speeding ticket doesn’t escalate into a violent or deadly outcome.”

TurnSignl gets its name from broken turn signals and taillights, common pretexts historically used by law enforcement to pull over drivers of color. But Hampton, Frelix and Creighton—all Black entrepreneurs—emphasize that this is not only a product for people of color.

Before closing their first round of investment, the company conducted a series of studies and found that women who drive alone often feel equally vulnerable when stopped by law enforcement. Teen drivers and immigrants—particularly those who are not completely fluent in English—represent other key demographics that will benefit from having a virtual lawyer in the passenger seat. “How many 16-year-olds know what to do when they get into a minor fender-bender?” asks Hampton. “This is a tool for parents of young drivers to make sure they remain calm, know what to do, and are getting the best advice on the spot.”

TurnSignl will launch its beta product on May 14 in the Minneapolis-St. Paul area, just ahead of the one-year anniversary of the death of George Floyd. An official rollout will follow in the Washington, D.C. metropolitan area, Atlanta, Chicago, Houston and other key markets. TurnSignl plans to achieve national coverage by 2023.

Rashod Bateman, a 2021 first-round NFL draft pick of the Baltimore Ravens, is a big supporter of TurnSignl. “This is not just a product of the moment,” said the star wide receiver who played his college football at the University of Minnesota. “This is about bringing an added degree of transparency and accountability to situations that turn ugly far too often. It’s about turning down the volume and making sure everyone gets home safe.”


“TurnSignl is something that should be a standard benefit for every company that claims to value inclusion and diversity,” Bateman proposed. “After George Floyd, just about every major company in America was waving their hands and saying we need to do something about this. Now they can.”

TurnSignl believes that the app will quickly gain traction among corporate clients. “The interest we are getting from companies, some of which see this as an integral part of their in-house DEI initiatives, has been astounding,” Hampton said.

Individual subscription plans will also be available on the AppStore and GooglePlay for $9.99 a month or $75 a year. That’s cheaper than a basic Netflix subscription.

“For anyone who feels particularly vulnerable when pulled over by the police, TurnSignl is a game-changer. It will completely upend the dynamics of traditional police traffic stops,” said Ethan Bearman, a business and legal analyst with Fox Business Network who has been vocal on police reform issues. “For many Americans, especially Black and Brown Americans, TurnSignl will make interactions with law enforcement a lot less harrowing. And it will save lives.” 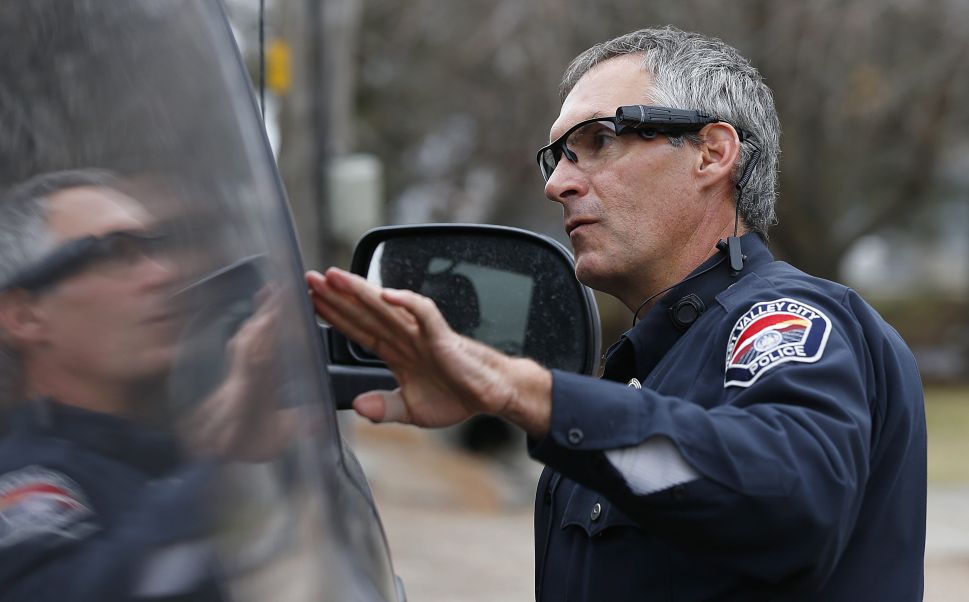