Uber has pledged to operate “100 percent electric” rides in North American and Europe by 2030 and the rest of the world by 2040. But future Uber cars will not look like any electric vehicle we see on the road today; instead, they will be designed with the help of Uber drivers themselves, manufactured in “micro-factories,” and powered by swappable batteries instead of charging stations.

At least that’s what we’ve guessed based on Uber’s quiet and busy deal-making in the electric vehicle startup scene.

Last week, Uber signed a deal with U.K.-based Arrival, a startup specializing in commercial vehicles, to develop an electric car specifically for ride-hailing. The car, the two companies said, will be designed with the input of Uber drivers to make sure that it provides the maximum driver comfort and safety. (A typical ride-hailing car on average drives four times more miles per year than a typical personal car.) The goal is to make “hundreds of small improvements, changes and tweaks to the design that perhaps haven’t been applied before,” Arrival’s head of mobility Tom Elvidge told The Verge.

According to early renderings of the design Arrival has shared, the interior of the future Uber car looks quite similar to that of a Tesla car, which features a large screen at the center and minimalistic design elsewhere. The company hopes to finalize the design by the end of this year and begin production in 2023.

If it works well, the vehicle could be used by other ride-hailing companies too, Arrival said.

Arrival’s main products are electric vans and buses. The five-year-old company, backed by Kia and Hyundai, has an $500 million pre-order from UPS to make 10,000 delivery vans for its future fleet.

Uber had to shut down several of its in-house moonshot projects last year to reserve cash for combating the financial blow of the COVID-19 pandemic. The ride-hailing giant sold its flying car team to Joby Aviation in December and closed its autonomous driving unit ATG the same month.

Since then Uber has taken a more practical approach when adopting new tech. The company has been watching the EV space closely, but is picky when it comes to forming partnerships.

One of the other few startups that got Uber’s special attention recently is Ample, a San Francisco-based company specializing in battery swapping, an emerging technology pioneered by Chinese EV makers to replace the traditional charging method.

Ample makes modular, Lego brick-like batteries that can be assembled into various sizes and shapes to fit different EVs. Uber is actually its first customer. The startup has built five battery swap stations in the San Francisco Bay Area specifically for Uber drivers.

Drivers with supported electric vehicles can exchange a spent battery for a fully charged one in less than 10 minutes. Swapping time is expected to be further condensed to under five minutes by the end of 2021.

“A lot of people think of electricity as the new gas. But in reality, the batteries are the new gas. That’s a slightly different way to think about it,” Ample co-founder and president John de Souza told Observer in a recent interview. 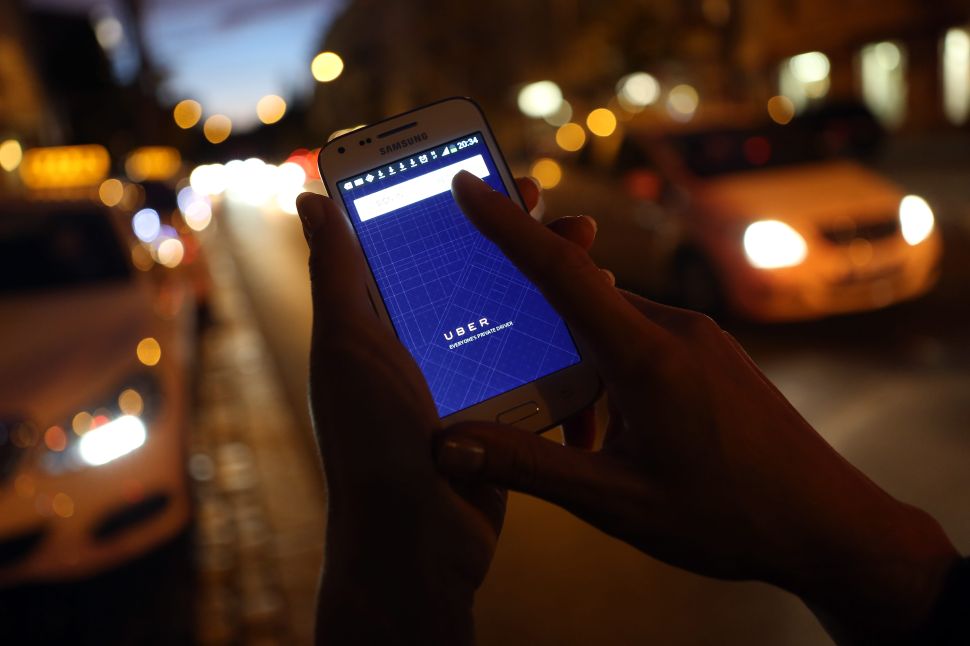