On Thursday morning, ViacomCBS reported its first quarter 2021 earnings. This provides us onlookers with the ability to time travel back to the high school versions of ourselves to gossip and pass judgment on the company from afar. Good times.

ViacomCBS added 6 million global streaming subscribers to reach 36 million total customers in the quarter. It delivered a 69% year-over-year growth in streaming subscription revenue, which the company attributes to the “significant momentum” of Paramount+, which launched on March 4 on the back of previous service CBS All Access. In the earnings report, ViacomCBS emphasizes that it’s focused on a “ecosystem of premium, pay and free services.”

Yet as we’ve previously explored, Paramount+ is fighting an uphill battle in the premium streaming wars. Further complicating matters is the reality that ViacomCBS may be treating the SVOD service as a flashy toy to better position itself for a future sale. So at the end of Q1, how is Paramount+ faring against the crowded field of streaming Olympians?

A status check on Paramount+

“ViacomCBS shares were trading higher in early trade, driven by an impressive number of new streaming subscribers,” Samuel Indyk, senior analyst at uk.Investing.com, told Observer. “The company added 6 million global streaming subscribers in the quarter as the company capitalized on demand for large-scale sporting events such as the Super Bowl, the NCAA tournament, and Europe’s Champions League soccer tournament.”

However, it’s worth noting that February’s Super Bowl took place before CBS All Access rebranded to Paramount+ on March 4. Meanwhile, other helpful specialty programming cited in the earnings report, such as Prince Harry and Meghan Markle’s interview with Oprah, was available live on Paramount+ but not on demand.

Parrot Analytics’ audience attention measurement system captures an audience behavior dataset. The company sifts through social media, fan ratings, and piracy data to represent audience demand, which reflects the desire and engagement expressed for a title within a market. While that can sometimes skew the data in favor of a title on a platform with a significantly smaller reach than its rivals but with vocal online fans, it does help to quantify the intangible buzz element of a series.

Demand for Paramount+ content (9%) is in a close race with HBO Max (10%) and Peacock (8%) shortly before ViacomCBS’ earnings report this morning, per Parrot. Rebranding CBS All Access to Paramount+ has not yet changed the platform’s standing as mid-sized player in the United States SVOD market, particularly when compared to market leaders such as Netflix, Hulu, Amazon Prime Video and Disney+.

CBS’s library of content and the high-demand Star Trek digital original series inherited from CBS All Access give Paramount+ a reasonable mid-level position in the U.S. SVOD market. The inclusion of the popular animated Avatar franchise also doesn’t hurt, particularly with high-upside films and series in development for future release. The Paramount+ U.S. SVOD demand share of around 9% is fairly stable month-by-month, per Parrot Analytics.

The rebrand in early March did grant a modest boost in demand to the platform, but the relative growth in other SVODs at the same time meant this held the demand share steady rather than leading to an increase in absolute terms. In other words, it didn’t improve the service’s overall marketshare. Selling off high profile films such as The Trial of the Chicago 7 (Netflix), Coming 2 America (Amazon) and Without Remorse (Amazon) helped furbish Paramount’s coffers with much-needed pandemic revenue, but it left Paramount+ without any marquee original films with which to entice early prospective subscribers.

Paramount+ has not yet caught up to some of the more established competition in terms of demand for content available on platform after only launching in March. But Parrot Analytics does note that ViacomCBS and its subsidiaries produce a voluminous amount of programming that can help moving forward.

The total demand for content originally available on a ViacomCBS property was second only to Disney as of Q1 2021 (side note: TV Land turned Paramount+ sitcom Younger is good!). However, with ViacomCBS still planning to license content out to its rivals, it remains to be seen if the company is committed enough to leverage its own library for streaming growth while sacrificing lucrative short-term revenue.

“As movie theaters reopen, ViacomCBS should be able to return theatrical revenue to pre-pandemic levels, after falling to an immaterial amount during the quarter as theaters remained closed,” Indyk said. “With COVID-related production delays subsiding, TV and film production will resume full throttle and should provide a boon for licensing revenue growth in the months ahead.” 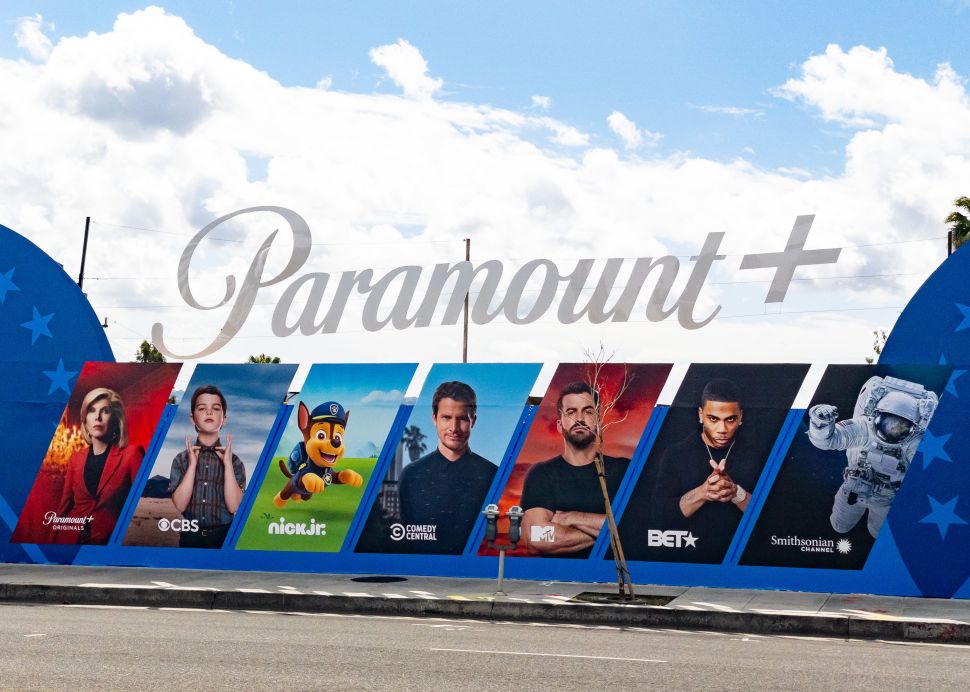