Zack Snyder’s Army of the Dead, set in zombie-infested Las Vegas, is available to stream on Netflix today as well as a host of other new content including Aziz Ansari’s Master of None and Amazon Prime’s Solos. With appearances from Oprah Winfrey, Prince Harry, Anne Hathaway, Anthony Mackie and others, this week’s streaming guide provides an intimate portrayal of mental health, loss and human connection during times of separation. Use our latest streaming guide to take you into the weekend on a high (and rather introspective) note.

Army of the Dead

Netflix’s Army of the Dead marks director Zack Snyder’s epic return to the horror genre as a Las Vegas zombie outbreak leads a casino owner to offer Scott Ward $50 million to infiltrate the city and recover a casino’s cash flow while escaping the claws of death via zombies and nuclear bombs. Starring Dave Bautista, Hiroyuki Sanada, Ella Purnell and Omari Hardwick, the $90 million budget film represents the widest theatrical release in Netflix’s history. Watch Army of the Dead on Netflix.

From executive producers Jordan Blum and Patton Oswalt, the animated adult comedy series Marvel’s M.O.D.O.K premiers today on Hulu. The show stars Patton Oswalt, Melissa Fumero, Aimee Garcia and Wendi McKendon-Covey and depicts the unexpected comeback story of the Mental Organism Designed Only for Killing, a hapless supervillian whose evil organization has deteriorated in addition to his marriage and family life. After years of failed takedowns of Marvel’s fabled heroes, M.O.D.O.K will face new (and decidedly more domestic) challenges in the latest series. Watch Marvel’s M.O.D.O.K on Hulu.

Master of None: Moments in Love

Co-written by Aziz Ansari and Lena Waithe, Netflix’s Master of None returns for a third season to spotlight the marital and life struggles of writer Denise and her aspiring interior decorator wife Alicia. The season takes on a strikingly somber and naturalistic tone in depicting anxieties surrounding long-term commitment, fertility and deaths of family members. “Master of None: Moments in Love is an emotional triumph precisely because of the confidence it wields in its arresting genuineness,” Observer writer Brandon Katz said. “It is raw in its mundanity, respectable in its patience, and touching in its stillness.” Watch Master of None: Moments in Love on Netflix.

Pixar fans will enjoy a behind the scenes look at the creation of their favorite films’ in Inside Pixar: Unpacked. Director W. Kamau Bell unveils various elements of beloved Pixar films, from the passage of time in Brave and Up to the audience’s love-hate relationship with antagonists such as Coco’s Ernesto de la Cruz. Inside Pixar: Unpacked also depicts how artists strike a balance between realism and caricature in drawings of films such as Ratatouille and The Incredibles. Watch Inside Pixar: Unpacked on Disney Plus.

The Me You Can’t See

Oprah Winfrey and Prince Harry team up in Apple TV’s latest series, The Me You Can’t See, to discuss their personal mental health journeys as well as the struggles of other public figures. The two are joined by stars such as Lady Gaga, Glenn Close, DeMar DeRozan and Langston Galloway in an effort to challenge various cultural, gender and socioeconomic stigmas. Watch The Me You Can’t See on Apple TV+.

After a 10 year hiatus, In Treatment is back for a fourth season with Uzo Aduba starring as therapist Dr. Brooke Taylor. The series centers on the storylines of each of Dr. Taylor’s patients, plagued by issues ranging from criminal activity to rebellious teenage angst. The series also features Anthony Ramos, Liza Colon-Zayas, John Benjamin Hickey and Quintessa Swindell. Watch In Treatment on HBO May 23. 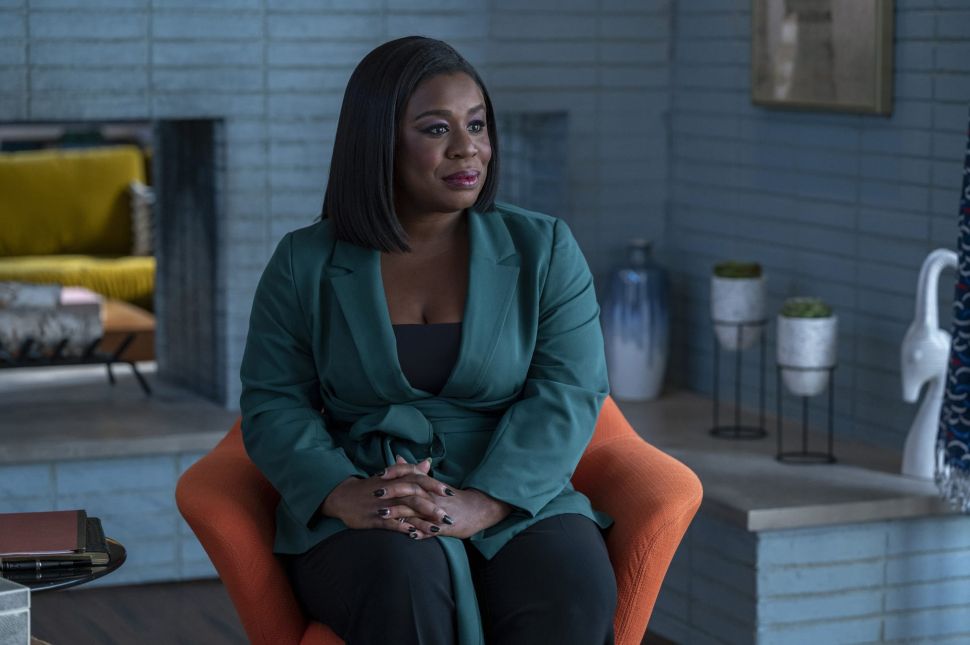