Disney+’s larger than life Cruella is out today, featuring extravagant punk couture costumes and performances by Emma Stone and Emma Thompson. Other high-stakes plot lines include a life-or-death game for a cash prize in Amazon Prime’s Panic and an unresolved murder in the Kate Winslet-led series Mare of Easttown. Lucifer fans can also anticipate an epic stand-off between God and Lucifer in the second part of the fifth season out on Netflix today. Catch the weekend’s best new releases with Observer Entertainment’s streaming guide.

From director Daniel Vernon, Netflix’s Nail Bomber: Manhunt revisits the 1999 Nail Bombings, an act of terrorism aimed at Black, Bangladeshi and gay communities in London’s Brixton Market. The documentary depicts the resilience of those who rallied to lock terrorist David Copeland behind bars in the aftermath of the bombing. Watch Nail Bomber: Manhunt on Netflix.

Hulu’s latest comedy Plan B, from director Natalie Morales, escalates the road trip comedy to a new level with the help of writers Prathi Srinivasan and Joshua Levy. Characters Sunny and Lupe are determined to find love or sex on an all-night roadtrip despite their overwhelming confusion regarding the logistics of sex. The film stars Kuhoo Verma and Victoria Moroles. Watch Plan B on Hulu.

In Amazon Prime’s Panic, a high-stakes game presents a group of graduating seniors a rare chance to escape the clutches of small town life. As the teens reckon with previous deaths within the game and their own gravest fears, group tenacity is repeatedly challenged. Starring Olivia Welch, Jessica Sula, Mike Faist, and Ray Nicholson, the series is an adaptation of Lauren Oliver’s best-selling novel. Watch Panic on Amazon Prime.

Season five part one of Netflix’s Lucifer gave us our first glimpse of God – a benevolent figure attempting to resolve tensions with Lucifer ahead of his retirement from omniscient world domination. The second part of season five is set to give God more air time and pick up on the status of Lucifer and Chloe’s relationship following Lucifer’s inability to say “I love you.” The series stars Tom Ellis, Lauren German, Lesley-Ann Brandt and D.B. Woodside. Watch Lucifer Season 5 Part 2 on Netflix. 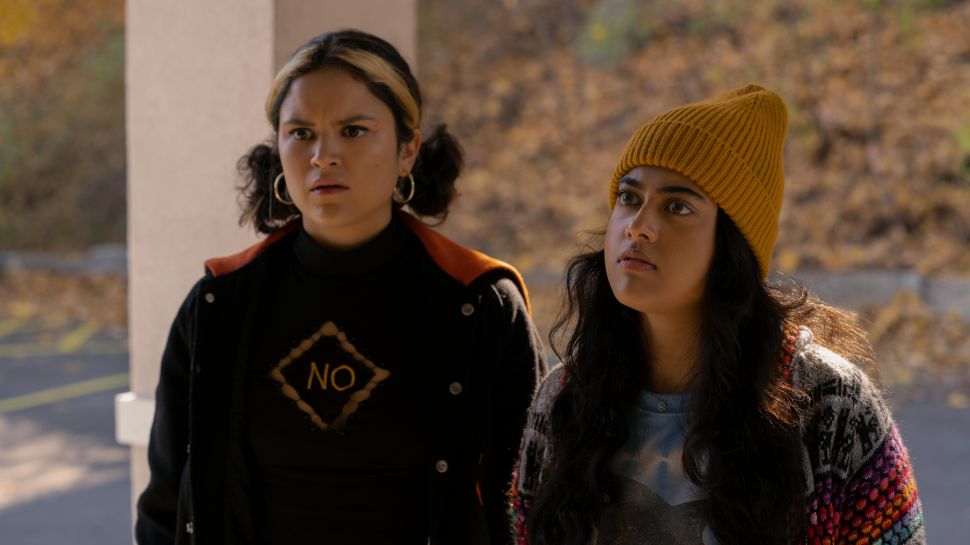