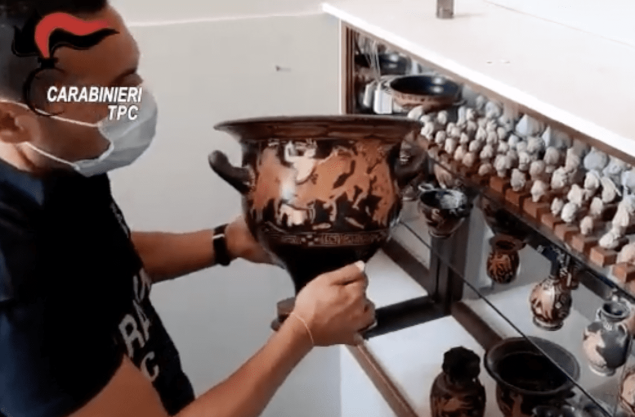 The archaeological artifacts were recovered from a Belgian art dealer. Eurojust / YouTube

Italian officials have announced that hundreds of archaeologically significant artifacts dating back to the 6th century BC have been returned to Puglia, in Italy, after being reclaimed from an art dealer in Antwerp. According to the Italian Carabinieri, the officials in question, the items are worth a combined €11m and were discovered after an investigation began in 2017. The origins of the investigation were tied up in the discovery of decorative elements of Daunian funerary stele in art catalogs purporting their exhibition in Paris. The discovery was made by a restorer working in Puglia’s southern region, who then determined that one of the slabs he saw in the catalog could be directly linked to the Archaeological Museum of Trinitapoli.

Perhaps predictably, the Belgian collector in possession of the items was resistant to them being removed and shipped back to their country of origin, but the collector was overruled. As of now, the hundreds of artifacts that were squirreled away where they shouldn’t have been have, with the aid of the EU Agency for Criminal Justice Co-operation, been shipped back to Italy.

“During the course of the search, a veritable ‘archaeological treasure’ was recovered, consisting of hundreds of Apulian figurative ceramic finds and other Daunian stelae, all illegally exported from Italy, which were then seized in Belgium,” the Italian police said in a statement. In addition to the aforementioned stele, the collector also had in their possession black ceramics, Apulian red-figure vases and ancient amphorae, which are types of jars that have two handles and a narrow neck.

How did the collector in question come across so many things they wasn’t supposed to have? Purportedly, illegal plundering expeditions at a certain site in Puglia. It just goes to show that in terms of restitution cases all over the world, items found where they aren’t supposed to be will eventually find their way home. 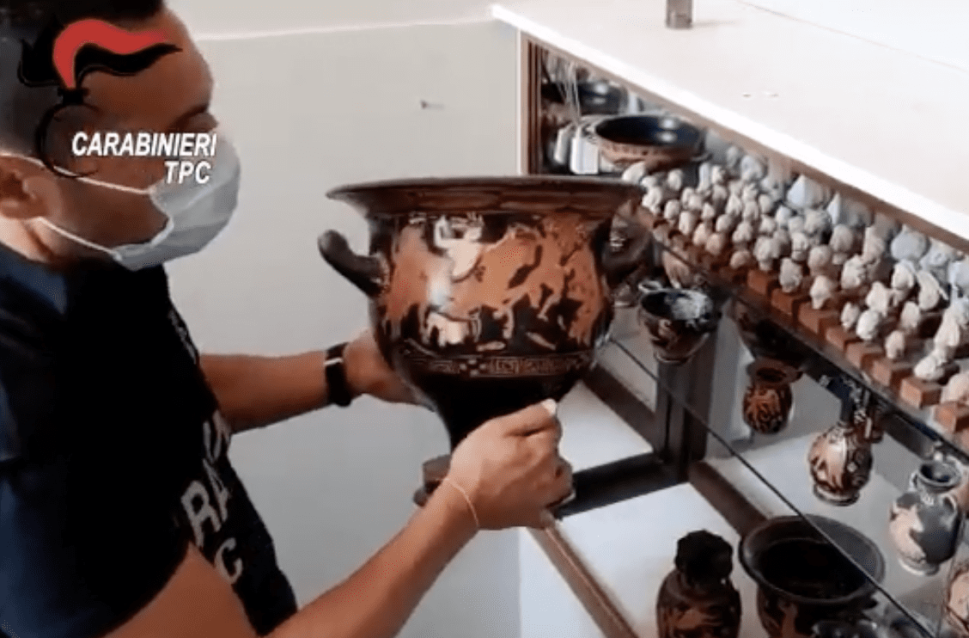