No amount of ammonia and elbow grease can fully wash away decades of spilled soda and oozing buttery popcorn. Like a benign booby trap, the floor of a movie theater will always maintain a loose and sticky grip upon the bottom of your shoe. Regardless of luxury upgrades and leather seating, faded armrests and groaning seat backs will always greet you with the warm reminder of the masses who shared this space before you. And when the lights finally dim and that monolithic bright rectangle finally sparks to life, you too will be transported from a dark and dingy room to a world overrun by killer aliens or flung back in time to behold the punk-rock birth of an icon.

Over this past Memorial Day Weekend, Paramount’s A Quiet Place Part II and Disney’s Cruella rode to Hollywood’s rescue to deliver the most important box office stretch of the pandemic yet. But even more important than the dollars and cents was the symbolic reality it represented: a return to movie theaters.

A Quiet Place Part II marked the first film I’ve seen in a movie theater in roughly 15 months. In normal years not besieged by once-in-a-century global pandemics, I tend to see a new movie about once a week. For someone who has turned their passion into a career, the new normal of the last year has meant adjusting my habits. Movie theaters, typically a safe haven of excitement and joy, were suddenly hostile environments that posed great risks to my health. There are far worse tragedies and ills plaguing the world, of course. But being unable to return to your favorite place was, if nothing else (and in my most professional Critic’s Opinion™), a huge bummer.

My parents divorced when I was 6 years old, and to spend quality time with me and my older brother, they each resorted to their own activities. Frequent weekend trips to movie theaters and microwave popcorn TV nights at home became staples of my childhood. The psychoanalysis here isn’t hard. My path from watching Star Wars as a toddler to reviewing Cruella last week is a straight, obsessive line.

So to return to a theater to see a highly anticipated, oft-delayed major release for the first time since March 2020, with both people I care about and complete strangers flanking me on all sides, was a relief. An exhale of breath I hadn’t even realized I’d been holding. It felt like coming home.

Immediately, the essence of moviegoing snapped right back into place. The long lines where you pick up snippets of conversation. (“Did you hear Cousin Eddie got a promotion?”) The 23 minutes of previews that transform us all into Thumbs Up-Thumbs Down critics, for a moment. The disruptive yet oddly comforting sounds of the shuffling bodies around you. The shared, communal understanding that builds around the collective gasp from a jump scare or the laughter after a punchline. Everyone, however disconnected before they walked into this particular house, connected by the same emotions at the same time in pursuit of the same experience.

Movies have always been able to unite us in that way. Despite the intensifying division of our everyday lives that segment us into opposing, conflicting camps of opinion, allegiance and belief, we’re all after the same thing in a movie theater. We share that with one another, unconsciously or otherwise. The big screen reinforces our similarities while celebrating our differences.

Returning to movie theaters not only made me feel closer to those I was with, it made me feel closer to people in general. It’s the most normal of experiences after more than a year of abnormality cooped up inside my apartment. I reveled in the artery-clogging popcorn and soda I devoured, danced atop the sticky floors and lounged in my decidedly un-loungeable chair. I was back where I belonged. 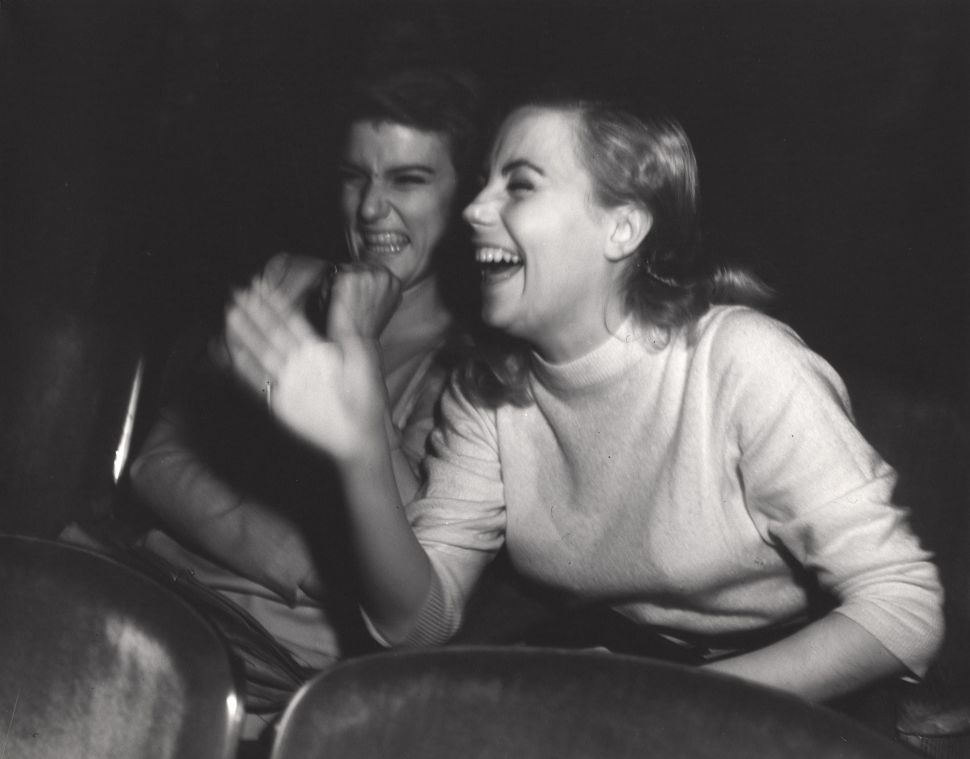