In spring of 2022, a new exhibition entitled Jean-Michel Basquiat: King Pleasure will open at the Starrett-Lehigh Building that will feature over 200 works by the artist that have either never before or rarely been seen. Organized by the multimedia artist’s family, the exhibition will include drawings, paintings, and all manner of ephemera. Decades after his death, Jean-Michel Basquiat’s work continues to fetch huge prices at auction and command the attention of rabid audiences in part because of the scarcity of his work; the artist passed away at the age of 27 in 1988, leaving behind a body of work that would become as legendary as it was truncated.

The familial perspective on Basquiat’s work is central to the thesis of the upcoming exhibition. “This exhibition showcasing the man behind the icon has been years in the making, from the initial idea in 2017 around the 30th anniversary of Jean-Michel’s passing to now,” Jeanine Heriveaux, Basquiat’s sister and the co-leader of the Estate of Jean-Michel Basquiat, said in a statement. “There’s been many exhibitions of Jean-Michel’s work, but never told from the perspective of the family – Jean-Michel as a child, a man, a son, and a brother. As we were all in lockdown, we said: ‘Maybe now is the right time.'”

The impulse to stage an exhibition that protect’s the artist’s identity as a full human being makes sense. Basquiat’s Estate was recently tasked with stopping an unauthorized attempt by a third party to manufacture an NFT version of his 1986 mixed media work on paper Free Comb with Pagoda.

The NFT, which was backed by the firm Daystrom and offered up for auction on the platform OpenSea, came with an extremely disquieting option: if the NFT’s buyer wished, the original artwork would be destroyed so that the NFT would become “the only remaining form.” With NFTs becoming ever more popular as means of repurposing original artwork in novel ways, protective measures must be put in place to block destructive impulses; Jean-Michel Basquiat: King Pleasure is a creative attempt to shield its central figure. 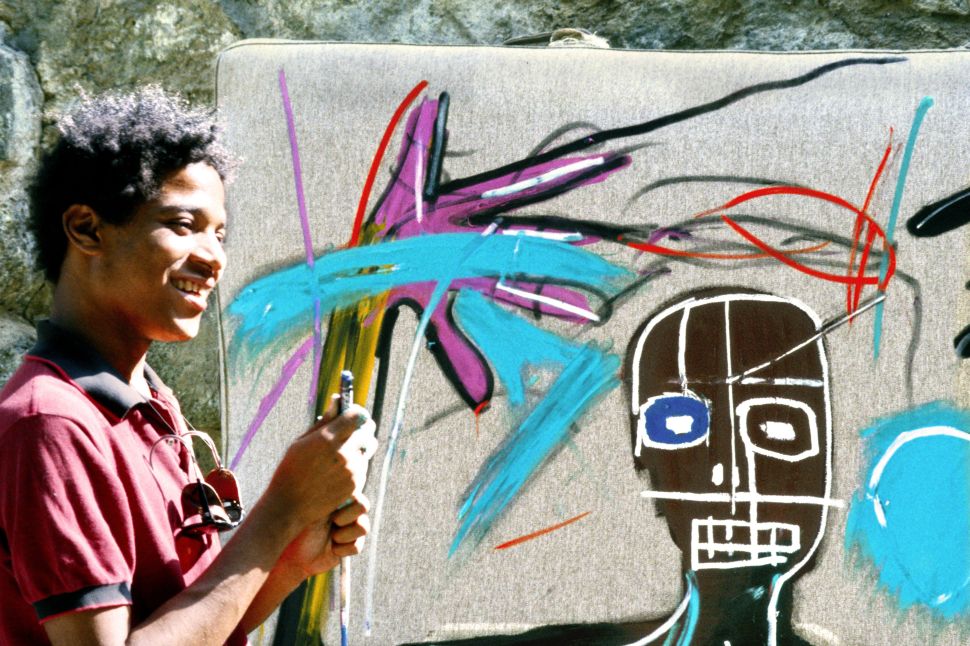