Andy Warhol may be best known for his relentlessly cosmopolitan contributions to the fabric of modern art history, but, like many of his contemporaries, he liked to escape the New York City grind during the summer months. The site of his oasis was Eothen, a sprawling compound on Montauk’s very tip where the artist regularly played host to illustrious guests such as Jacqueline Kennedy Onassis, the Rolling Stones, John Lennon and Bianca Jagger. Directly adjacent to this property was Deep Hollow Ranch or simply The Ranch, as it is now called. Formerly owned by past J. Crew CEO Mickey Drexler, The Ranch is now under the care of art dealer Max Levai, who purchased the property in 2020 and who’s re-envisioned the compound as a gallery, outdoor sculpture showcase, event space and generally heavenly contemporary art haven.

Specifically, The Ranch consists of a former horse barn that’s been freshly converted into a gallery and a wide field for sculptural installations. Levai threw a celebration last Saturday to commemorate the compound’s new era, and the festivities languidly unfurled under a swiftly clearing summer sky; murmuring voices were punctuated with the sounds of a live band and the tinkling chiming of a Virginia Overton sculpture. In addition to functioning as a year-round platform for rotating exhibitions, Levai’s bucolic paradise (which also happens to be the oldest continuously operating ranch in the country) also consists of rolling hillocks that a number of horses call home. So yeah, it’s a multifaceted art space and a horse farm, a.k.a. everything you could ever want.

“The property wasn’t activated for a long time, so the idea of it being used and being enjoyed is really important,” Levai said in the midst of a quiet moment in his home on Saturday; he also added that making the shift from leading a Manhattan gallery to managing a sprawling Montauk property came with a not insignificant learning curve. “I’ve been participating in the construction through the whole process, because it’s something I’ve always wanted to do,” Levai explained to Observer. “It’s been an amazing learning experience, and a totally different life from the life I used to live. I used to travel once every ten days to Europe, and I haven’t left New York state since March. I couldn’t feel more fulfilled.”

Outside, a whorl of well-heeled guests including Cindy Sherman, Hannah Bronfman and Adam Lindemann snacked on ceviche and pigs in a blanket. “I’m most looking forward to sharing the history and taking people through the exhibitions, and getting to actually connect with people who’re interested in what I’m interested in in the context of this property,” Levai continued to Observer.

Correction: A previous version of this article misidentified Deep Hollow Ranch as Andy Warhol’s former property, when in fact the artist was the former owner of the Etheon estate, which is directly adjacent to what’s now known as The Ranch. The piece has been updated to reflect this. 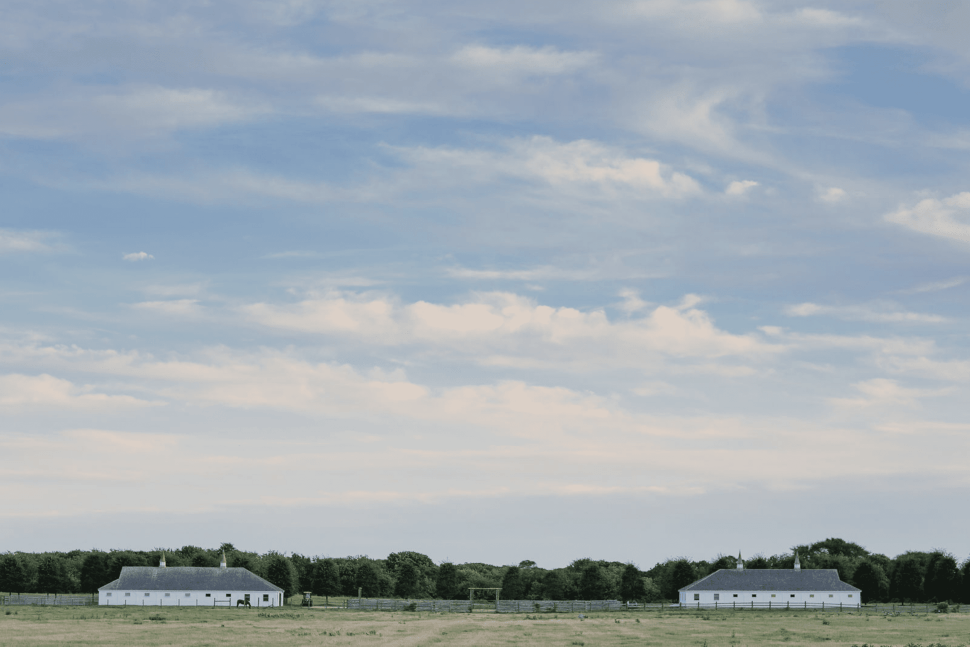