The inaugural Asia Society Triennial “We Do Not Dream Alone” features oneiric conversations of Asian artists from the region and diaspora between the self and world. The exhibition packs a punch. Works of 40 artists representing 20 countries latch onto a spectrum of soothing aspiration and a delusional solace; they animate under the wishful sign of togetherness in times of deep social isolation and polarization.

Divided in two parts and taking place in multiple sites across New York City and Hong Kong (through June 27), “We Do Not Dream Alone” bridges cultures and aims at fostering greater understanding in the fight against rising anti-Asian hate everywhere, and especially in the United States.

A running theme among the different installations is a quest to define what are the multiple incarnations of home, what constitutes familiarity, displacement and dispossession—within and outside.

In this inner search first, we come across the intimate, reconstructed, trompe l’œil geography of Abir Karmakar. The Indian artist painted life-sized renditions of everyday interiors, panels which explore memory and loss as slices of personal archives or flashbacks. One expects to see running children, the sound of an old radio or television, the presence of family elders yet the space—filled with trinkets and objects of all sorts—remains desperately empty of human souls. Perhaps they passed away. Perhaps it is about the space as an echo more than the vanishing people themselves.

Iranian artist Reza Aramesh juxtaposes sensuality and horror in a memorable work, Study of the Vase as Fragmented Bodies. He voices the impossible: pain, humiliation and a call for dignity. Inspired by the vessels and techniques of archaic to classical Greek pottery painting, Aramesh displays haunting silhouettes which grippingly expose the anonymity and conditions of political prisoners in often tortured positions.

Communicating with both the world and self, Chinese artist Xu Zhen© connects cultural and intimate identities. Eternity—Male Figure, Statue of Venus Genetrix shows the replica of an Angkor-era (male) statue crashing into the replica of a 2nd-century Roman Venus. Venus is foundational to Rome. She is linked with the city’s mythical ancestry; Julius Caesar had claimed his lineage from the goddess. Eternity is both female and male which is to say, it is neither. But the conjoined statues are also telling the story of a sophisticated Khmer artefact interrupting Venus’s majesty as an enduring symbol of Western arrogance and its jealous appropriation of what constitutes “civilization”. Khmer art irrupts from above, almost incidentally, and Xu Zhen© finds here an ingenious way to denounce Western-centric narratives, illicit trade and advocate for the preservation of Asian heritage. A set of three statues were produced by the artist—two can be viewed at the Asia Society Museum and a third stands outdoors, across on Park Avenue.

While most artworks are seemingly detached from any specific time stamp, Hong Kong-based Cheuk Wing Nam captures the strangeness of the COVID-19 era in a song-length video which underscores disorientation, alienation and loneliness. Together with the animation of Lu Yang’s Doku avatar projected on a large floor-to-ceiling screen, these two artists explore a paradoxical experience of the world which is both hyper-connected and deeply unsocial, though for Lu Yang their avatar seeks to transcend their human form.

Borrowing a Yoko Ono line from the 1960s (“A dream you dream alone may be a dream, but a dream two people dream together is a reality”), “We Do Not Dream Alone” finds its best incarnation in the multimedia works of Mina Cheon. The Korean artist, who splits time between Seoul and the US, asks whether art can truly unite, and in this case, the two sides of the 38th parallel and the demilitarized zone (DMZ) which divides North from South Korea. Mina Cheon actively supports artistic and cultural dialogue between North and South, East and West. She created “polipop” styled, playful videos of art history lessons, smuggled into North Korea by defectors, to promote reconciliation. Against one wall, Dreaming Unification: Oori (우리) Protest for Peace (painted under her alter-ego name “Kim-Il Soon”) shows a duplicated representation of a unified Korean peninsula, with the word “oori” which stands for “we/our/us” graffiti sprayed in the middle as if vandalized or an act of protest. Across, a painting from an anonymous North Korean collective reproduces Da Vinci’s The Last Supper. Kyungah Ham also featured embroidery from North Korean artisans in her final works. In a similar desire to transcend national divides, Kimsooja’s To Breathe – The Flags played a single-channel video where 246 flags blur and blend into each other in a kinetic sway during Part I of the Triennial. People may be politically separated but a deeper fabric ultimately binds them in a common destiny, which Syrian artist Kevork Mourad conveys in Seeing Through Babel, a creation speaking to religious tolerance.

Artists dream about a possible future as well as revisit the past. First-generation refugee Vietnamese Dinh Q. Lê who has co-founded and chairs the board of Sàn Art in Ho Chi Minh City, Vietnam, where he works from in addition to Los Angeles, brings us back to 9/11. Coming close to the 20th commemoration of the event later this year, Four Moments creates an expressionistic halo of the New York City skyline, before the attack, when the attack happened, when the towers collapsed and, eventually, conveys the color palette of the rebuilding. The four-channel video stretches colors in horizontal streaks which denotes a movement of ascent and fall. Four Moments creates a loop of four phases which represent seasons and cyclical patterns of birth, growth, decay and death.

There’s much more in this Triennial, the cinematic world of Vibha Galhotra and a space for acceptance of gender and sexual expressions with Hamra Abbas to name only a few more, thanks to co-curators Michelle Yun Mapplethorpe, recently appointed as vice president for global artistic programs at the Asia Society and director of the Asia Society Museum, and Boon Hui Tan, her predecessor in these roles (2015-2020) and former director of the Singapore Art Museum.

At a time of ignorance and divisions, the Triennial couldn’t be timelier. Yet hovering above this kaleidoscopic dive is also a silence. There is no direct artistic reckoning with the brutal repression in Myanmar, the student protests in Thailand, and myriad human rights abuses which continue to plague the region. Afghan artists were not represented while their country stands at a historical crossroads, grappling with the decision of US troop withdrawal and its ramifications. I also wondered where geographical Asia began and stopped and whether works from Pacific artists ought to have been included in this ensemble, not least for the message they could tell us about facing the all-consuming effects of a climate emergency largely ignored. What is “the role of the artist” and how much of the Triennial is anchored in the now? One often dreams to escape reality. 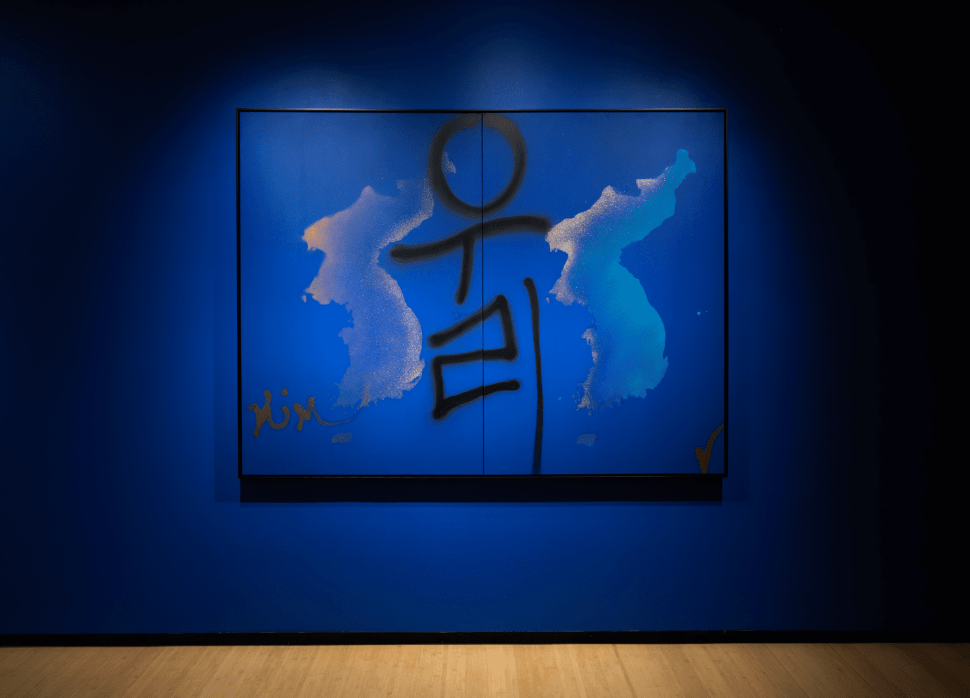