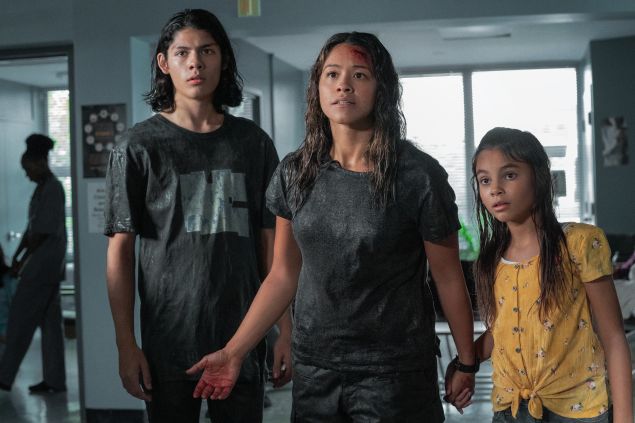 In 2020, Netflix released more than 100 original films on its platform. I’m sorry, I don’t think you read that correctly. One single film studio released more movies last year than Disney, Warner Bros. and Universal all did combined in 2019. It’s not an apples-to-apples comparison by any means. But regardless of quality or prestige, that is an astonishing production feat. Love or hate the streamer, it is the most prolific film studio in the world. Nearly halfway through 2021 and Netflix is yet again on pace to dwarf its competition in sheer volume of original films.

This week, the streaming service released its latest homegrown movie: Awake. After a sudden global event wipes out all electronics and takes away humankind’s ability to sleep, chaos quickly begins to consume the world. Only Jill, an ex-soldier with a troubled past, may hold the key to a cure in the form of her own daughter. The question is, can Jill safely deliver her daughter and save the world before she herself loses her mind?

Jane the Virgin star Gina Rodriguez leads the film as Jill. Attempting to navigate the increasing chaos swirling around her, Jill’s goal is to save her family. If she has to save the world in the process to do it, then she’s damn well going to try. Classic badass movie mom. Imagine her daughter’s future Career Day at school.

Ariana Greenblatt, a 13-year-old New York actress, plays Matilda, Jill’s daughter. Her immunity to the strange phenomenon afflicting earth holds the key to humanity’s survival. That’s a lot of responsibility for a tweener to carry. But after Greenblatt played young Gamora in Avengers: Infinity War, she’s ready to for such a responsibility.

Lucius Hoyos, a 19-year-old Canadian actor, plays Jill’s teenage son and Matilda’s brother Noah. Awake marks his feature film debut after stints in Heroes Reborn and Canada’s sci-fi series Between. These days, all young actors are striving for that Netflix bump as the streamer spends upwards of $17 billion on content per year. The boom in Peak TV has meant more projects are being made these days than ever with a record 532 scripted series airing across all of television in 2019.

Frances Fisher, perhaps best known for CSI, Unforgiven and Titanic, plays Doris, Jill’s mother-in-law and Matilda and Noah’s grandmother. I don’t know about you, but I would not want to be a grandparent during an apocalypse.

Shamier Anderson, who audiences may recognize from Wynonna Earp and Netflix’s recent original sci-fi film Stowaway, plays escaped prisoner Dodge. Though, in classic disaster movie fashion, Dodge is a criminal with a heart of gold as he helps Jill and her family try to survive this cataclysmic event. Give it up for second chances and redemption arcs! 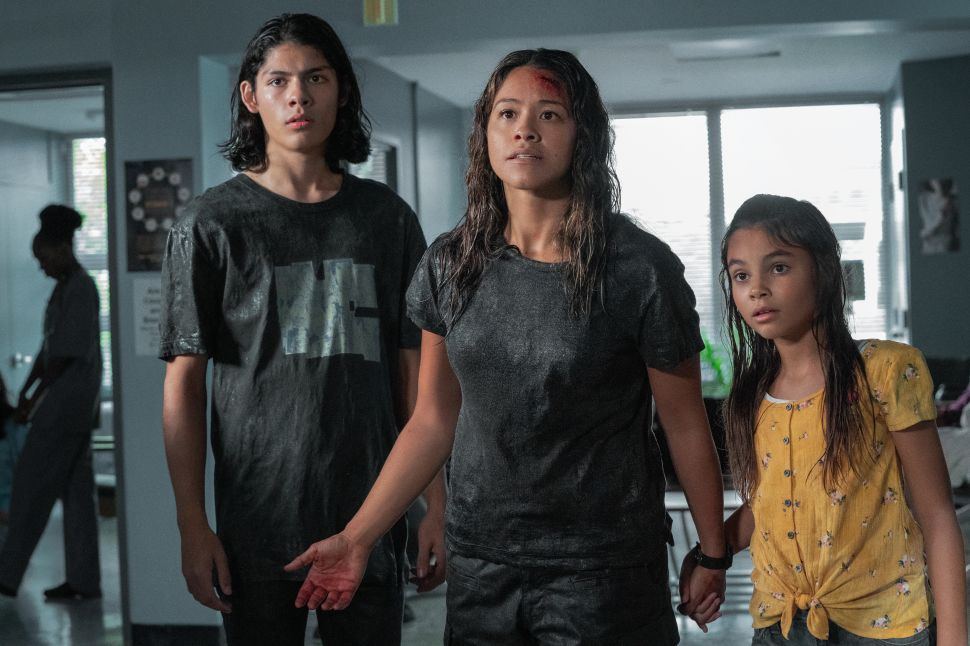