We got vaxxed, numbers are dropping, Broadway and the Tony Awards are roaring back in September. Guess this means we can come out and… play? Let’s hope so, because the last 15 months of stage withdrawal have been hell. Socially distanced site-specific work and livestream plays served as dramaturgical methadone, but the shakes are back, bad.

Luckily, theater makers in New York City — and around the world — have started to lint-roll costumes and shake out wigs in anticipation of a return. In the curated list below, there are still contactless digital choices, but also many responsible, in-person events. It’s exciting, right? And scary. Be safe, check venue protocols, and be generous with standing ovations — unless you’re already standing.

The Watering Hole presented by Signature Theatre Company (June 22 – July 25)
Twice-Pulitzered dramatist Lynn Nottage is the prime mover behind this installation that ranges over the Signature Theatre complex on 42nd Street. Collaborating with director Miranda Haymon, playwrights Christina Anderson and Matt Barbot, choreographer-performer nicHi douglas and others, Nottage takes audiences on a tour through lobbies, over stages, and dressing rooms for a meditation on story and space.

Whore’s Eye View presented by Kraine Theater (Sundays through June)
Solo performer Kaytlin Bailey whisks us through ten millennia of human history from a sex worker’s POV. Taking the form of a 75-minute lecture — a BEDTalk, if you will — this stand-up comedy history lesson explores how women have traded sex — for better or worse — to acquire agency in an unjust world. This Frigid New York weekly event is developed and directed by Carole Montgomery.

I Dream a Dream That Dreams Back at Me presented by Lincoln Center (June 19)
Borrowing a Toni Morrison quote for his title, curator/writer/performer Carl Hancock Rux orchestrates a song-filled Juneteenth celebration outdoors on the Lincoln Center campus. The four-part historical pageant “drawing inspiration from the narratives of enslaved people seeking and finding freedom” features performances by vocalists Nona Hendryx, Marcelle Davies-Lashley, and Helga Davis.

Enemy of the People presented by Park Avenue Armory (June 22 – July 25)
Getting an upgrade from the enemy of women to basically all society, character actress Ann Dowd (The Handmaid’s Tale) takes the massive stage at Park Avenue Armory to channel every character in this solo distillation of the Ibsen drama. Adapted and directed by British minimalist-modernist Robert Icke, the story concerns a small-town doctor who warns of a health crisis in his town, only to be ostracized for commercial and political reasons.

Tiny House presented by Westport County Playhouse (June 29 – July 18)
In this livestream farce, a young couple has escaped the city and decluttered their lives in favor of a prefab dream home. Then, of course, the rural weirdos show up, including survivalists and Renaissance Faire nutjobs. Whether you fled for the Catskills or you rode out the pandemic in Brooklyn, everyone can log onto Michael Gotch’s play, directed by stage veteran Mark Lamos.

Merry Wives presented by the Public Theater (July 6–August 28)
Even Shakespeare fanatics are dubious about the dated, sitcom-ish Merry Wives of Windsor, but playwright Jocelyn Bioh is the makeover artist for this Shakespeare in the Park offering. Her adaptation sets the marital farce in South Harlem among West African immigrants. Saheem Ali directs the vibrant, joyous remake with the emphasis on Black joy.

The Dumb Waiter presented by The Old Vic (July 7–10)
Rather stay indoors but get the thrill of a first-rate play? Here’s an excellent option from London. Harold Pinter’s tense and droll two-hander about hitmen waiting for instructions streams live from the Old Vic. Daniel Mays and David Thewlis (I’m Thinking of Ending Things) fill those famous Pinter pauses. Part of Old Vic’s smashing In Camera series.

The Wake of Dorcas Kelly presented by spit&vigor (July 8–28)
Sara Fellini’s play seems aimed at fans of Bridgerton, The Great, and Harlots: sex-positive period with a sense of social justice. It’s 1762 and the executed madame of a Dublin brothel is being honored. The streets are full of rioters and Dorcas’s mourners struggle with competing impulses of love, fear, and anger over their deceased leader in flesh-peddling.

Machine Learning Hamlet; Or, Text Like Daggers presented by the Brick (July 22–27)
Williamsburg’s daring Brick Theater is coming back with in-person and livestream events (on its YouTube channel), and this one sounds fascinating. One audience member sits surrounded by screens, through which a computer entity enacts a glitchy, interactive, talk-show version of Hamlet. AI or not AI, that is the question.

Most Happy in Concert presented by Bard SummerScape (August 5–7)
Travel advisory: This one’s upstate at Bard College. Drive or find a car with a friend: the effort will be worth it. Iconoclast Daniel Fish, the director behind 2019’s darkly cool, stripped-down Oklahoma!, genderqueered Frank Loesser’s 1956 romantic comedy, using seven female and non-binary voices backed by thirteen musicians. 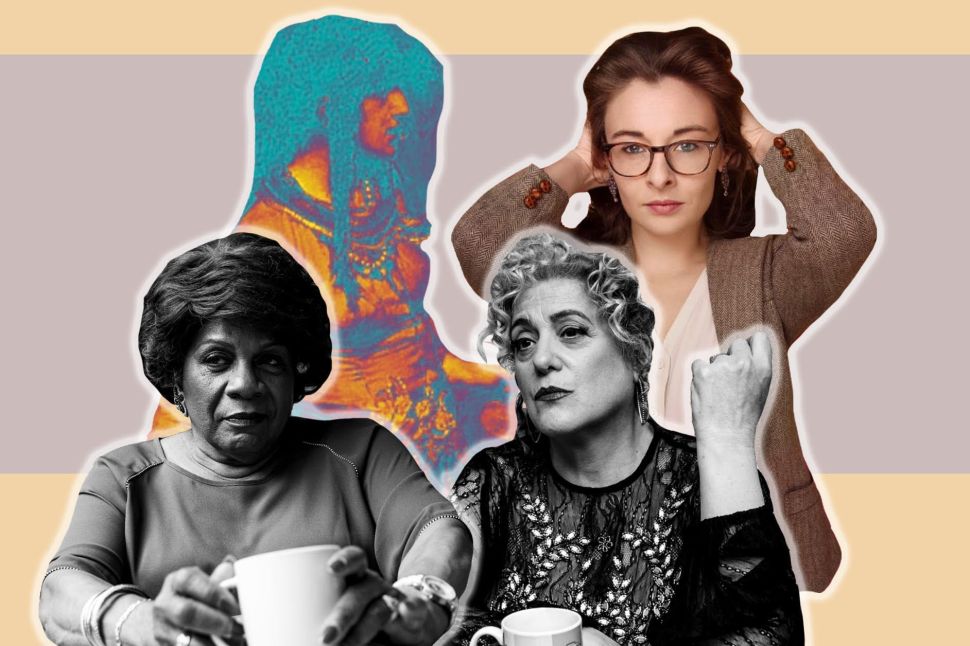