From Jeff Bezos and Elon Musk to Warren Buffett and Michael Bloomberg, almost all of America’s 25 richest people paid $0 or negative income tax in some years and a much lower tax rate than middle-class Americans in others, an investigation of leaked Internal Revenue Service data by ProPublica has found.

It’s barely news that the ultra-rich often find ways to legally avoid taxes. But the report for the first time sheds light on specifically how little they actually paid in recent years. ProPublica looked at tax return data of thousands of America’s wealthiest people over a time span of more than 15 years.

The findings are unnerving. For example, Bezos, the world’s richest person, didn’t pay any income tax in 2007 and 2011; Musk paid $0 in federal income tax in 2018; and billionaire investor George Soros did the same three years in a row.

To get a clear look of how much tax billionaires paid versus average Americans, ProPublica created a measure called “true tax rate,” defined as the amount of federal income taxes paid by a person in a given year divided by their wealth growth over the same period, using Forbes data.

The report first looked at the nation’s 25 richest people. Between 2014 and 2018, these 25 people saw their net worth collectively grow $401 billion. In those years they paid a total of $13.6 billion in federal income taxes, which amounts to a true tax rate of only 3.4 percent.

By comparison, a typical middle-class American household with an annual income of $70,000 pay a federal income tax rate of about 15 percent. Their “true tax rates” can be as high as 100 percent in some cases. On average, households headed by salary earners in their early 40s saw their net worth grow by about $65,000 after taxes from 2014 to 2018, mostly due to rising value of their homes, the report noted. Because they are taxed on salaries, they ended up paying almost as much in income taxes over the same five-year period. 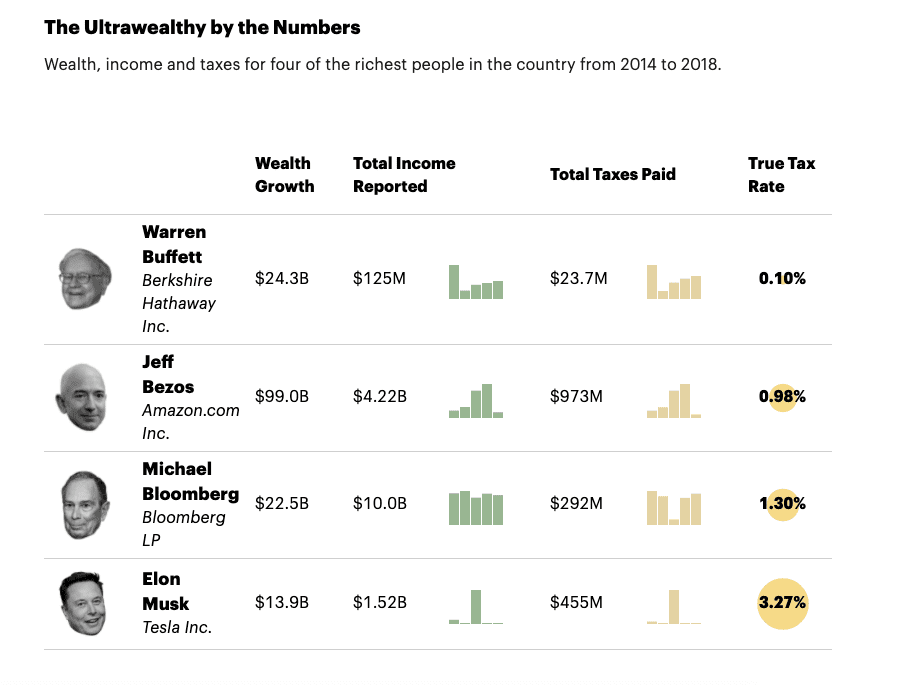 The most common ways for the ultra-rich to avoid tax bills are through various deductions—on such items as corporate expenses, charitable donations and investment losses—and holding onto stocks and property that rise in value. Under current U.S. laws, gains from these assets are not considered taxable income until they are sold.

Billionaires rarely sold shares of their own companies, which make up for the majority of their wealth. Losses on outside investments, however, are often reported as part of income in order to lower their tax bills.

In 2011, Bezos reported a negative income due to investment losses. In fact, he made so little on paper that he even claimed and received a $4,000 tax credit for his children. Bezos’s stakes in Amazon was worth $18 billion that year.

ProPublica didn’t disclose how the data was obtained. The IRS said Tuesday it had launched an investigation to identify the source of the leak. 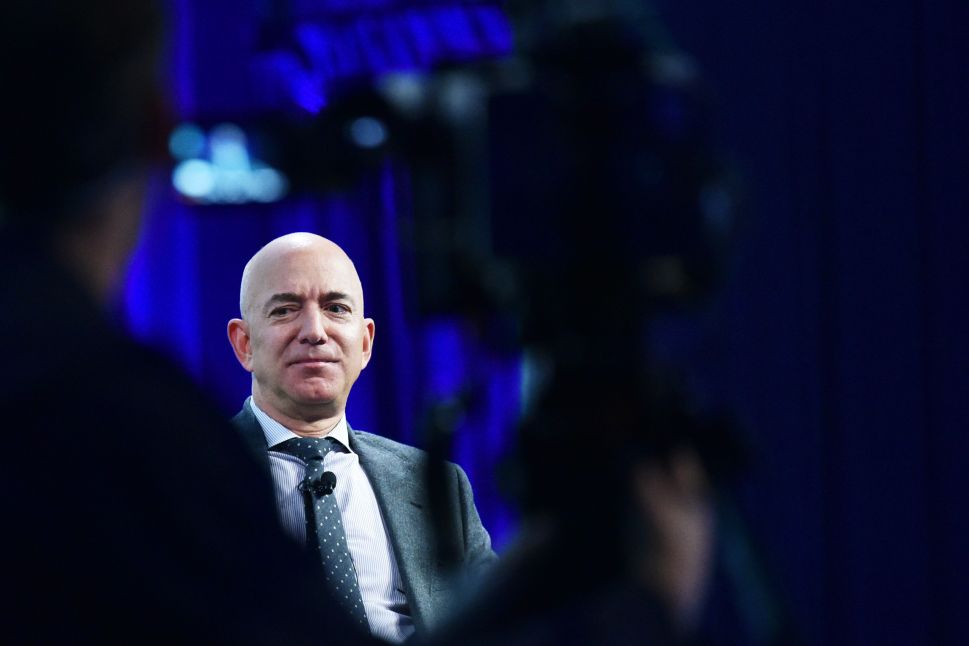