Bill Gates’ messy divorce is doing a number on his public image. After an exposé of an old extramarital affair and his longtime money manager’s questionable conduct, a new report by Business Insider this week revealed that Gates was seen as an “office bully” among many of his employees at Microsoft.

One former Microsoft executive said to the Insider that he once saw Gates lying on top of a woman at 5 a.m. during a company retreat in 1988.

“Having a meeting with Bill was just an opportunity to get yelled at, so I tried to avoid that,” said another former executive.

Maria Klawe, a Microsoft board member from 2009 to 2015, alleged that Gates was unreceptive to suggestions about increasing diversity in the company’s leadership team during board meetings. “The message was, ‘Caring about diversity has nothing to do with the success of Microsoft,'” Klawe told the Insider.

As for the mild-tempered billionaire philanthropist we know today, that’s mostly the work of excellent public relations. Microsoft’s PR team was “very controlling of the message” and “overly worried about perception,” said a fourth former employee.

Gates hasn’t openly responded to any of these accusations. But his philanthropic vehicle, the Bill and Melinda Foundation, on Wednesday announced a huge gift to improving gender equality globally over the next five years.

The funding, totaling $2.1 billion, is intended to “advance women’s economic empowerment, strengthen women and girls’ health and family planning, and accelerate women’s leadership,” the foundation said in a press release.

The Gates foundation’s gender equality work has long been headed by Melinda French Gates. In 2019, she launched a 10-year, $1 billion investment to improve gender equality through her own company, Pivotal Ventures.

“The world has been fighting for gender equality for decades, but progress has been slow,” French Gates said in a statement on Wednesday ahead of a public appearance in Paris.

The Wall Street Journal reported Wednesday that Gates was hesitant about spending foundation money on gender-equality initiatives several years ago because he said the impact would be harder to measure than that of other programs, like vaccine development. But after further consideration he came around in support of programs to help women access financial services in particular.

Gates Foundation CEO Mark Suzman told the Journal that while Melinda is the “primary face and voice” of the foundation’s gender-equality work, “Bill is very deeply engaged as well.”

Bill and Melinda Gates announced their divorce in May. At the time the couple said they would continue running the foundation together as co-chairs and trustees. The foundation’s third trustee, Warren Buffett, resigned earlier this month as reports surfaced that Melinda Gates had been pushing for governance changes within the organization. 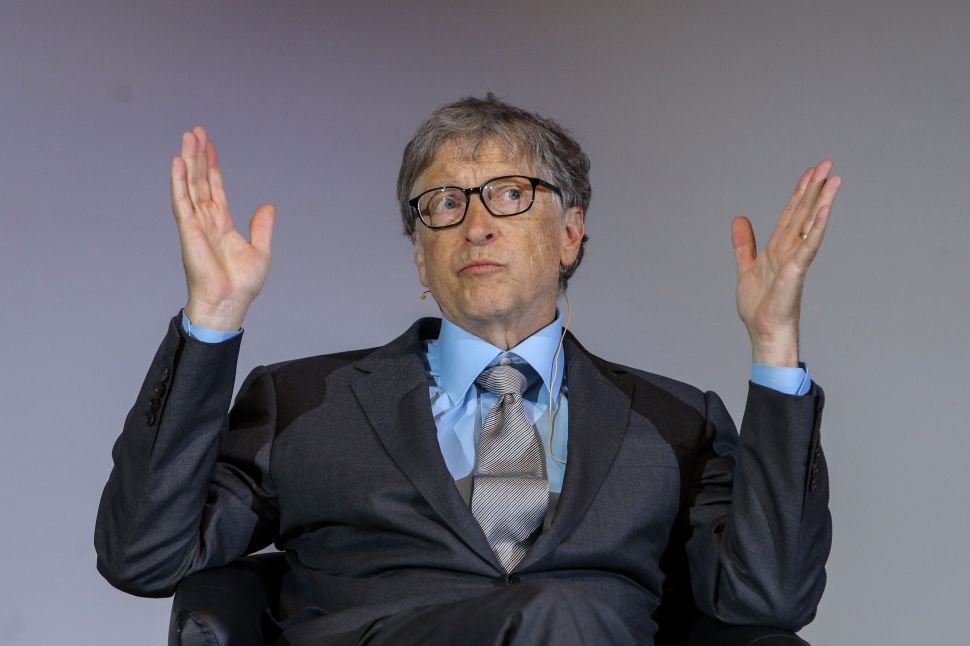