Despite the death of Scarlett Johansson’s Natasha Romanoff in Avengers: Endgame, the character is returning for her own solo movie in the upcoming Black Widow. The film takes place directly after Captain America: Civil War in order to reinsert the character back into the MCU before her untimely demise (which should have gone to Jeremy Renner’s Hawkeye). While the film would have fit better had it come out in the mid 2010s before audiences were made aware of Natasha’s ultimate fate, Black Widow is still poised to be one of the biggest movies of the year.

Marvel Studios has officially entered Phase IV with its blockbuster Disney+ series and is set to introduce a host of new characters over the next few years. But Black Widow could spark a renaissance of sorts for familiar MCU names. At the very least, studio head Kevin Feige isn’t ruling out additional prequels for other Marvel characters even if they are no longer technically with the MCU.

“Certainly this film and this story is a particular case for Natasha. But the notion of exploring the past, present and future of the MCU is certainly in the cards for all of our characters. This particular story of this particular cast is very personal, very specific to Natasha,” Feige said in a press conference for Black Widow, per Slash Film.

On the MCU timeline, Black Widow will technically lead into Avengers: Infinity War while also providing flashbacks to the character’s upbringing in the infamous Red Room and her time as an assassin before joining SHIELD. The option of prequels or films set in between other chapters that aren’t direct sequels and follow-ups could provide the MCU with even greater connective tissue. Retroactively creating bridges between projects, characters and storylines is an extension of Marvel’s episodic sequential storytelling. But the creative narrative would have to justify such timeline wonkery in the eyes of Feige.

“We very specifically knew there was a large period of her life that we didn’t know about, not just her childhood, but this period of time between Civil War and Infinity War,” Feige said. “And that period, we felt was was a right to creatively focus on to be able to discover more about our past more about our present. And… give a hint at the at the legacy in the future.”

In January, Deadline reported that Chris Evans was in talks to return as Steve Rogers aka Captain America in at least one Marvel property. Though Evans seemingly debunked this report on Twitter, one can see how Black Widow‘s creative timeline makes a return for MCU actors possible in unique circumstances. What if, say, Robert Downey Jr. gets bored and wants to make a movie a new Iron Man movie set during the five year time jump of Endgame? You never know. Then again, Marvel has been creatively clever by allowing long-running characters to depart before audiences grow weary of them while introducing popular new characters to assume new roles.

After more than a year of delays, Black Widow will debut in theaters and on Disney+ Premier Access July 9. 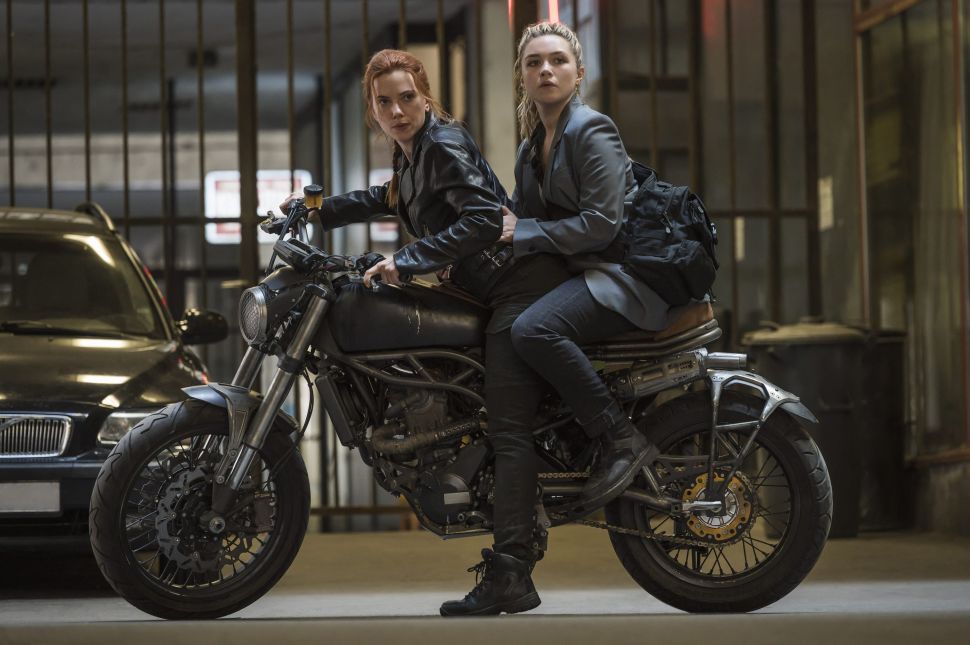