Don’t believe anyone calling Springsteen on Broadway the Resurrection: Theater never died. Besides in-person workarounds such as Blindness or interactive phone calls, there have been exciting leaps forward in digital dramaturgy that use gaming, green screens, or GoPro dazzle to clear dramatic space online. Theater has been alive, just under glass. At Seven Deadly Sins — a suite of short plays staged in storefronts in the Meatpacking District — it’s still under glass, this time with writhing, exotic specimens offered up for moral scrutiny.

Seven Deadly Sins isn’t the first “real” theater I’ve seen since March 2020, but there was undeniable frisson joining an audience, unmasked, to see living, breathing (sometimes barely clothed) actors ply their craft in two-person scenes for 100 minutes. Everything is outdoors on the street. The crowd is divided into groups (Pink, Blue, etc.) and people sit for each vignette, then they get up and move to the next window. When I attended, it was a balmy, breeze-kissed June night on Pride Weekend, in a chic-crass neighborhood I find both attractive and repellant (like sin). All in all, a smartly modulated survey of human frailty in modern times.

Moisés Kaufman directs the alfresco fun, and he’s also the author of Watch, the play on Greed. Kaufman’s CV includes such docu-theater classics as The Three Trials of Oscar Wilde and The Laramie Project. The latter was a theatrical investigation of the 1998 beating and murder of Matthew Shepard, a gay college student in Wyoming. So Kaufman is well-versed in immorality— and the complex social and psychological factors that go into making murderers and victims. His compassionate, energetic interest in human nature gives this uneven but zestful collection of plays a beating heart.

Since the seven sketches (plus a song-and-dance welcome by drag star Shuga Cain) are finite in scope and duration, the stakes are mercifully low; it’s okay to be lukewarm on Pride but riled up by Wrath. Not all the playlets hit their mark or make the most of ten minutes, but as a tasting menu of depravity, there’s variety, brevity, and something new around the corner.

Sloth, Gluttony, and Greed were some of my highlights (or lowlights — ask my therapist). Thomas Bradshaw pens a raunchy marital skit about sluggishness, in which an overweight and sedentary husband (Brandon J. Ellis) is berated by his sexually neglected wife (Shamika Cotton) for caring more about gaming than shtupping. Viagra and a strap-on help the couple bridge laziness and horniness. For Gluttony, Ngozi Anyanwu goes back to the Garden of Eden. The innocent Naked (Morgan McGhee) is tempted by Clothed (Shavanna Calder) to nibble an apple, resulting in a vomit of ideas, knowledge, and hunger for more. In one tight and witty package, Anyanwu creates a primal fairytale with the evening’s most inventive use of language. Kaufman’s aforementioned Watch, about an avaricious brother and sister bickering over their dead father’s Rolex, is an Ortonesque treat with a twist.

Even if a piece fades from memory, individual performances remain. In MJ Kaufman’s riff on Pride — about the rise and sudden fall of trans influencer — Bianca “B” Norwood plays Comments, personifying all the Likes, Unfollows, and DMs from a constellation of online folx. A protean pixie with boundless charisma, Norwood person-surfs through a Babel of voices without breaking a sweat. Likewise, elegant Tricia Alexandro (the daughter in Watch) finds the comical sweet spot between grieving, dutiful daughter and scheming sibling.

Given that seven whole dioramas were realized in storefronts, the production is a designer’s playground; David Rockwell (sets), Dede Ayite (costumes) Yuki Nakase Link (lighting) and Tyler Kieffer (sound) go to it with obvious skill and relish. I especially loved Rockwell’s whimsical, Arts and Crafts Eden and the sterile, claustrophobic strip club for Lust. Kieffer’s sound (piped to us via headphones) delivers every line and music cue with crisp immediacy.

Picking favorites ought to be a sin, but the most impressive from a design, performance, and even metaphysical perspective, was Bess Wohl’s Lust. It’s an internal monologue by a pole dancer (acted by Donna Carnow and voiced by Cynthia Nixon) who sees a man in the audience who once assaulted her in a private room. The woman — a single mom who still has back pain from the attack — goes through her moves, twirling on the pole and gyrating for the crowd, all the while burning with, yes, bloodlust for revenge. Wohl explores her deadly sin in a surprising way. For her, it’s not about sex, but taking back her body. You could argue, it’s we the audience who, hypothetically, lust after the limber and muscular Carnow. In the end, the dancer learns how to transcend hate, and Wohl, refreshingly, portrays a sinner who is quite sympathetic. (Most of these characters are flat little delivery systems, to be honest.)

Apart from rejoicing to see writers, actors and designers stretching their talents, I did find myself wondering: Do we need morality tales anymore? The very concept of deadly or “cardinal” sins is an ancient theological construct from the Catholic Church — which has its own ethical catastrophes to atone for. At the same time, we live in a time of fiery moral censure and identity-driven certainty, with careers and reputations destroyed on social media for a slip of the finger or the appearance of heresy. Obviously, we still believe in sin, even if we don’t call it that. But where, oh where, can one find purgation and redemption? Only in theater, kids. 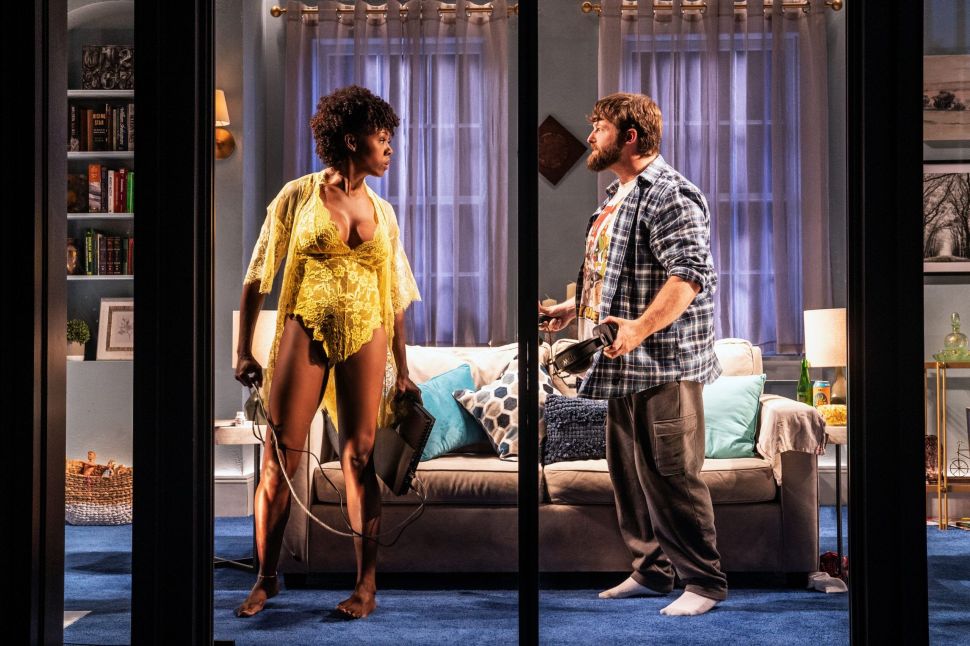