Diana Sinclair is the 17-year-old award-winning artist, photographer, activist and now curator behind “The Digital Diaspora,” a Juneteenth art exhibition, public installation, and fundraising NFT auction celebrating the work of Black artists hailing from six different countries. Produced by Towards Utopia and Foundation, the weekend exhibition opens on June 19th at Superchief Gallery NFT and aims to spotlight Black artists working in the lucrative NFT market, while a virtual NFT auction takes place at the same time on Foundation, raising funds for GLITS—an NYC based organization providing housing and guidance for Black trans people—and Herstory Dao, a digital collective recently dedicated to the funding and preservation of creative projects by Black women and non-binary artists co-founded by Sinclair. In preparation for their curatorial debut, Sinclair spoke with Observer from their home in New Jersey, sharing their motivations and inspirations for “The Digital Diaspora.”

How did you first learn of NFTs?
I first learned of NFTs around my birthday in late February [of 2020] when my partner began making 3D artwork. There was an artist who started a Twitter thread encouraging artists to share their 3D work. I call my partner like, “add your work to the thread!” It’s so cheesy to think about now, but through that thread, my partner actually started meeting a lot of other 3D artists and within that community, NFTs were the next big thing. So my partner was just talking about it non-stop, non-stop NFTs.

At this time, I was fairly interested in getting started, but I was also pretty discouraged by the lack of other Black women and photographers on the blockchain. I wasn’t sure whether I wanted to invest in minting NFTs and risk not doing well. So I was very happy to just be a part of conversations, talking with people in the crypto art community. Then Itzel Yard (aka IX SHELLS), after seeing that we’re both from Barbados and Panama, wrote to me like, “I love your work. I think it would do so well [in the crypto art market]. There aren’t enough Panamanians and Bajans and I want to see you try this.” That’s kind of how I got started on my first NFT.

Why was it important for you to curate a show centered around Black crypto-art?
It was really just about seeing this lack of equity in the NFT space.

My first NFT didn’t sell for two weeks, but I was focused on building community. Just like IX did by encouraging me, I focused my efforts on educating and bringing on more Black women into the NFT space. When I joined Foundation, I’m pretty sure that I was one of only two Black women photographers on the app–the other being my friend Lauren. So the both of us started off by hosting virtual talks during the week for Black women photographers, and soon we had over 20 women onboard the app. Eventually, an artist and then a collector reached out to me to provide support and donations to help mint NFTs and onboard Black artists.

All I could think about was how, even though there were already so many Black people in the NFT space, putting so much work into creating Black equity, they weren’t receiving the same opportunities, visibility, or support. Often in the NFT community, people will argue that since the space is decentralized there aren’t any hierarchies or that the space isn’t white male-dominated. But who has the money to place the bids? Who’s curating the shows? Who is in charge of the platforms?

But, through this project, we’ve actually been able to meet people in the tech industry who have been very open to helping combat the inequity I’ve encountered in the space. They helped us develop a project that was way bigger than anything we could have imagined back in March when we first started talking.

“The Digital Diaspora” is such an accurate title to pinpoint Black diasporic creative economies that exist in relation to memes, internet culture, and art online. What communities did you have in mind upon selecting work to include in this show?
In curating this show, it was really important to us to demonstrate that we, the Black diaspora, are all connected online. Even though the exhibition is on Juneteenth, a Black American holiday, we wanted to acknowledge how Black people throughout the world have contributed to global popular culture by showcasing as wide a range of artists as possible. This global and wide variety of viewpoints came together under one theme, Afrofuturism.

We selected the people that were already in the crypto art space, and who, I especially felt, needed more visibility because they were already doing the work. Though they’re all individual artists, I wanted to bring them all under one umbrella, under “The Digital Diaspora,“ to help boost their visibility and careers.

The exhibition also builds on the pioneering work of Afrofuturist writer Alondra Nelson. How has Afrofuturism shaped the curation of this in-person and digital show?
Afrofuturism fully shaped how we approach the exhibition. At first, being a new curator, I was anxious about how different the works looked as they were coming in, but through Afrofuturism, the works were able to fall under a unifying theme and futuristic aesthetics. I actually spoke with almost every artist before the show about Afrofuturism–something Nelson pushed for in online communities. We came together as creatives to discuss what it meant for us to be alive and thriving in the future; What does it mean for us to be connected to fantasy, sci-fi, and futuristic aesthetics?

Tyler Gibbons, whose work I love, created this piece for the show titled The Prince(ss) Escapes. The subject is this queer character in a dress who has blood on her hands. He creates his artworks with a story–and they have danger, they have peril and adventure, but none of that has to do with being Black. His characters are Black, but he has allowed himself to separate systemic racism from their narrative. Often, Black artists and people don’t have this privilege.

Afrofuturism is really the radical idea that we will be alive and thriving. By separating visions of the future from the present-day implications of race, we can begin to build these worlds.

Indigenous-African guerrilla theorist and curator Neema Githere coined the term Afropresentism to describe the way that archival, documentary, and fine arts have been able to express an Afrofuturist lived reality through new media. Does “The Digital Diaspora“ make the future present?
Short answer: Yes.

I think the fact that we’re already seeing people in the NFT space, considering the fact that there is inequity, that Black artists have not received the same level of opportunities as others in the space, is a step towards liberation, especially in new communities like this. I think that that’s why it’s so important we cultivate this kind of communal and diverse space that allows for work that transcends other people’s definition of Blackness. We have a chance to make this space more equitable.

With this project, we’re hoping to throw a rock into a pond, a very big one. Hopefully, we’ll see some major sales that will benefit the exhibiting artists and Herstory Dao’s efforts to support Black women and nonbinary people in this space. I think that this is a big step, especially if we’re able to do it right, for Black liberation. 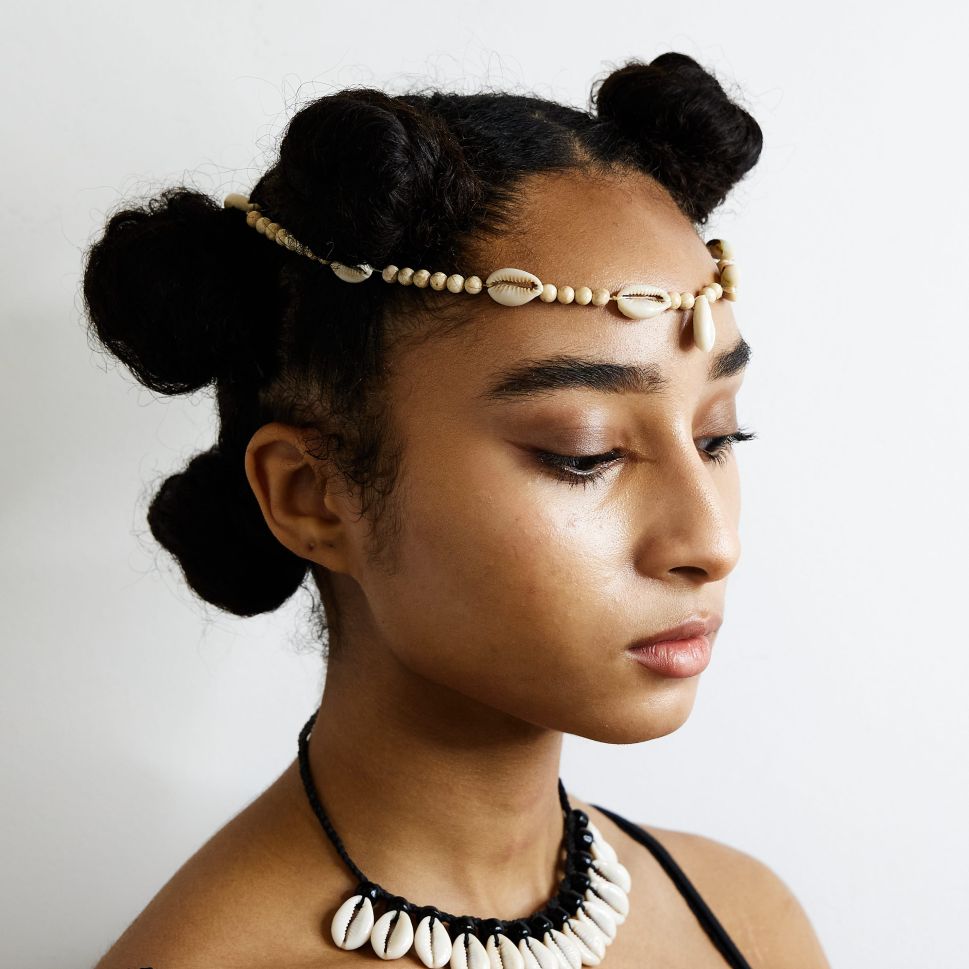