If not a tipping point, then Hollywood at least finds itself at a crossroads at the moment. Production budgets are soaring over the last 25 years with the number of $100 million pictures increasing steadily since 1995. More and more, these expensive undertakings are reserved for franchise films and pre-existing brands as new-to-screen material has fallen out of favor at the box office. The problem is that the entirety of Hollywood is ravenous for blockbuster tentpole moneymakers, which are a finite commodity. Further exacerbating the issue are the recent and imminent conclusions to many of the industry’s high-profile franchises.

The main Star Wars saga has come to a close after a divisive and diminishing sequel trilogy. The biggest iteration of the Marvel Cinematic Universe concluded in 2019 with an ambitious but uncertain retooling underway. The Transformers and Star Trek series are in the midst of a rebuild. The Fast and Furious franchise is closing in on its last quarter mile.

In terms of new content, there are rock-solid recent hits such as Paramount’s A Quiet Place series, Warner Bros.’ It chapters, and Sony’s Sonic the Hedgehog. But “they seem a bit limited in the way that you can’t really expand them like you could in the MCU and have this big broad platform franchise,” Bruce Nash, Founder of box office analysis and tracking service The Numbers, told Observer.

So, what is a studio to do if it finds itself staring down the barrel of a barren franchise cupboard?

Today, major Hollywood studios have significantly scaled back their development divisions to the point that they no longer resemble their predecessors. While this saves a mountain of resources that are uncertain to generate a return on investment, it also leaves Hollywood in a homogeneous stasis of like-minded programming strategies.

“Studios used to have up to 100 projects in various stages of development at a time,” Barry London, former vice chairman of the motion picture group at Paramount Pictures, told Observer. “Paramount was very successful in creating a tentpole philosophy. What we tried to do around Christmas and early summer, and ideally in spring and early fall as well, is have a tentpole style movie which we could hang the rest of our release schedule around.”

Paramount used to dabble in major sequels (The Godfather trilogy), commercial franchises (Indiana Jones, Mission: Impossible, Star Trek, Jack Ryan), genre-specific plays such as horror (Friday the 13th), and talent-cultivating relationships with the likes of John Hughes and Eddie Murphy. “It was a constant strategic shuffling and placement of all these movies,” London said.

But the emphasis on searching, identifying, and developing new ideas in Hollywood has now shifted to recycling libraries and re-selling audiences familiar name brands.

Disney is relying on Marvel and Star Wars as the foundational building blocks of Disney+ while the studio remakes its library of animated classics in live-action to spur box office receipts. Warner Bros. is preparing to sell audiences on the seventh live-action big screen Batman next year. Bock points to the speed at which Sony is already rebooting Ghostbusters after the ho-hum reception of the 2016 film. Everywhere you look in Hollywood, you can find a known idea being rebranded, repackaged, and resold in one form or another.

Certain properties are particularly ripe for this inward-looking strategy. Viewers who were kids when they saw original films and now have children of their own are swept up in the nostalgia and feed into these 20-year life cycles of restored relevancy. Sony’s continuation of the Jumanji series is one of many examples. The fact that this strategy works is what has locked Hollywood into a feedback loop of remakes, reboots, sequels and prequels. At some point, however, audiences tire of everything.

With major movie series of the moment beginning to run out of steam, the logical question is how best to replace them? Hollywood subsists on a steady diet of profitable $100 million-plus tentpoles. But convincing audiences to show up en masse for a new big-budget adventure such as the upcoming Dune is a Herculean task.

Disney, the box office king as recently as 2019, has tried and failed to jumpstart a number of costly new live-action franchises in the last 20 years (TRON: Legacy, Prince of Persia: The Sands of Time, Oz the Great and Powerful, The Lone Ranger, John Carter, Tomorrowland, A Wrinkle in Time, The Nutcracker and the Four Realms, Artemis Fowl). Other studios have joined in on the misfortune with hopeful new franchise launchers that were dead on arrival such as Jupiter Ascending, Pan, King Arthur: Legend of the Sword and Mortal Engines.

“If Harry Potter is the last true golden goose—or golden snitch as it were—that means Hollywood is still actively seeking its next big original film franchise,” Bock said. “That’s how difficult it is to create these new film series. With a bloody box office trail of expensive YA misfires, you can see why executives aren’t so quick to saddle up to any new horses lately.”

There’s a case to be made that The Hunger Games is the last new-to-screen mega bucks franchise Hollywood has delivered. The rise of at-home entertainment and the explosion of television have raised the degree of difficulty for new films attempting to break the gravitational pull of our couches. Studios can’t simply approximate the flavor of the week with a hollow effects-driven summer tentpole.

“The hardest part of this business is finding new viable properties,” London said. “You can’t be limited to one style of movie. The Paramount success in the ‘70s, ‘80s and ‘90s came down to incredible variety. We went from Indiana Jones and the Temple of Doom to Terms of Endearment in six months. Those movies have nothing in common. It was about the diversification of schedule.”

What Else Can Studios Do?

When stuck between a faltering franchise and a lack of fresh billion dollar properties, Nash sees three potential moves for studios in today’s marketplace.

“1) Go on a shopping expedition to try and find something new to develop based on an existing property. 2) Try to reboot or rethink an existing franchise. 3) Go back to the roots of a studio and find an old property that can be rolled out as a new universe similar to how the MonsterVerse was built out into a very broad franchise,” he said.

While Hollywood still has successful self-contained series such as Mission: Impossible, there aren’t many promising options to become the next Star Wars, Marvel, Fast and Furious or DC—a multi-platform studio-enriching franchise. To better develop mini-major franchises such as John Wick, a focus on the target audience is important. For example, London pointed out how the Friday the 13th series has always attracted a limited but fanatical audience that was consistently reliable. It’s not unlike Blumhouse’s strategy today. Yet elevating to the next stratosphere of box office relevance that carries a studio is the true, insurmountable challenge.

“You try to find something which is a real cultural phenomenon and then you pick it up and turn it into a movie series,” Nash said. “Studios do this a lot—they license a book and then make a film. It’s pretty easy to turn that into a mid-level hit that earns the studio $50 million in profit. It’s very hard to do that with a real blockbuster. Hunger Games is the exception.”

For every Hollywood axiom that attempts to dictate conventional business wisdom, there’s always a movie that comes out and proves it wrong. But the recent past is littered with the carcasses of expensive Hollywood ambitions and the near-future doesn’t offer a clear path toward a resurgence of the new. 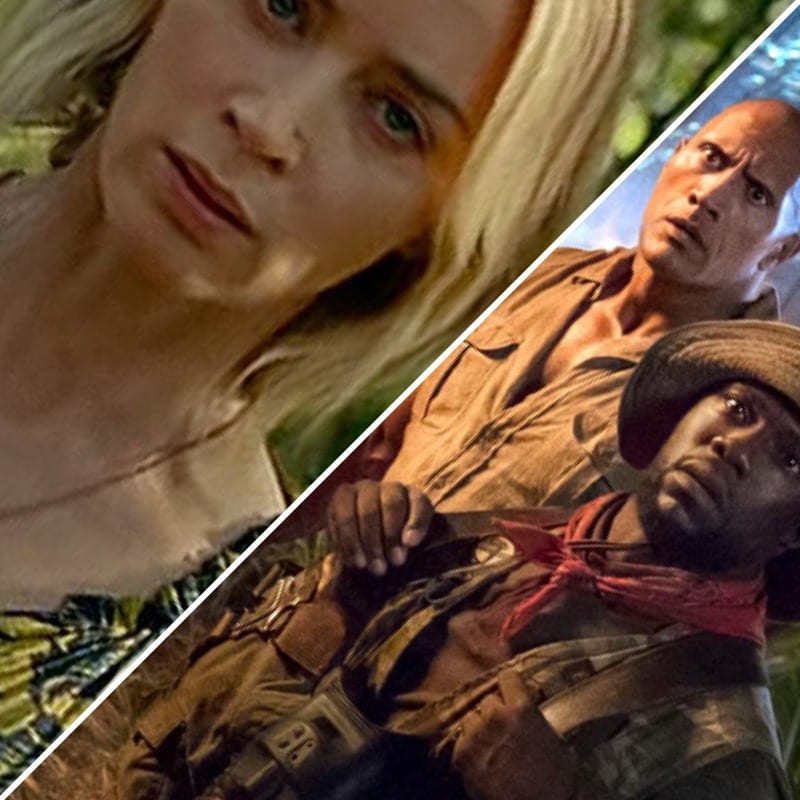