The lucrative mobility tech space is creating 20-something multi-millionaires and billionaires at a record pace, thanks to a boom of SPAC deals that take early-stage companies public often at sky-high valuations.

The latest to join the game is Embark, a San Francisco-based self-driving truck startup headed by the 25-year-old CEO Alex Rodrigues. Embark announced Wednesday it’s going public via a reverse merger with the SPAC Northern Genesis Acquisition Corp. II. The deal will value the combined company at $5.2 billion.

Embark is the third self-driving truck company set to debut in the public markets, following Plus, which announced its own SPAC deal last month, and TuSimple, which went public on Nasdaq via a traditional IPO in April.

Embark is branded as the first company to test self-driving trucks on public roads in the U.S. Its trucks aren’t driving themselves just yet. The company is currently testing a fleet with safety drivers in the vehicles. “It’s really a piece of our safety strategy, but the technology is there,” Rodrigues told CNBC’s “Squawk on the Street” on Wednesday.

“On the technology side, this is something we’re very familiar with,” Rodrigues added. “On the business side, this is definitely something that’s going to be new to me, going to be new to the company. But we feel really confident because I have an exceptional team and I have an exceptional group of advisors, folks like Sequoia Capital, folks like the Northern Genesis team who are going to be here with us as we build this company. We’ve seen this happen many times before.”

It’s unclear how many shares Rodrigues and Moak own in Embark. It’s not crazy to speculate that their net worth could hit the $1 billion mark when the SPAC merger is completed (expected in the second half of 2021). A number of their industry peers with similar-sized SPAC deals have achieved such status.

Last October, autonomous driving startup Luminar Technologies went public through a SPAC merger with Gores Metropoulos Inc. valuing the combined company at $3.1 billion. The deal made Luminar’s founder and CEO Austin Russell, also 25, a billionaire. Russell founded Luminar at the age of 17 after receiving a fellowship from Peter Thiel, who’s an investor in the company. 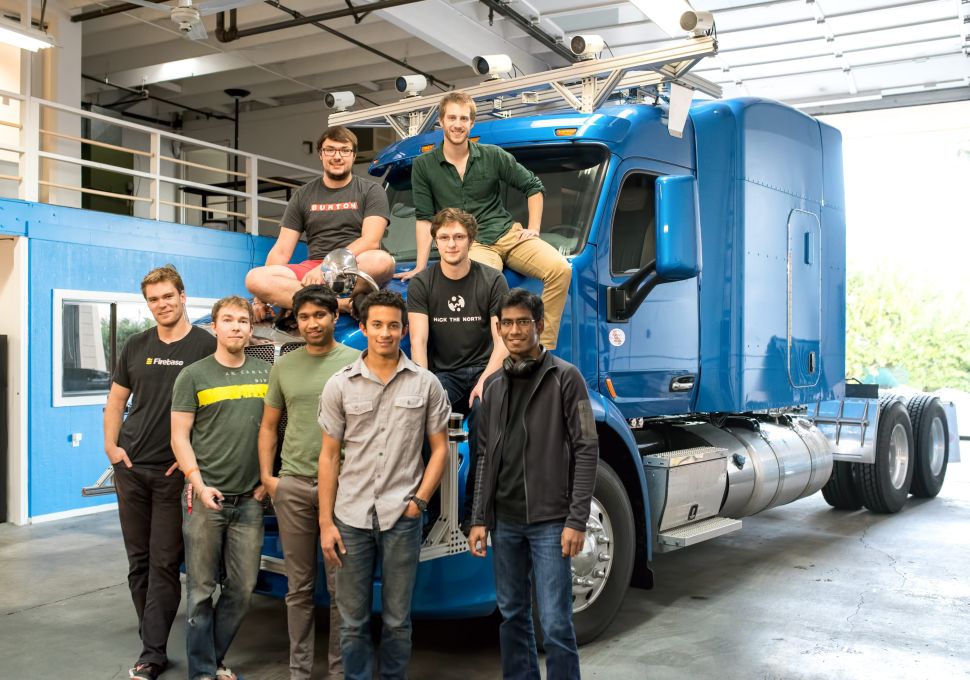