After 18 months of digging and construction, Elon Musk’s Boring Company officially opened its first underground tunnel loop in Las Vegas to the public on Tuesday. But it’s not quite what Musk originally envisioned yet, and tunnel experts are skeptical if the ultimate Boring loop will ever be built.

The Vegas tunnel stretches 1.7 miles long beneath the Las Vegas Convention Center (LVCC). The system consists of three stations—one on each end of the tunnel above ground and the third in the middle underground—and a fleet of 62 Tesla cars for picking up and dropping off passengers at these stations to shorten a 45-minute walk across the giant convention center to a two-minute ride. The network is designed to move up to 4,400 passengers an hour.

The project cost the Las Vegas Convention and Visitors Authority, which owns and operates the LVCC, $52.5 million. The government entity plans to provide the tunnel and its fleet of Tesla cars for free to people attending events at the LVCC. The convention center is expected to host next year’s Consumer Electronics Show (CES). This year’s CES had to be moved online due to the coronavirus pandemic.

The Boring tunnel project began with a Musk tweet in 2016 that said, “Traffic is driving me nuts. Am going to build a tunnel boring machine and just start digging.” One of his earliest ideas was to build a city-wide underground loop system in Los Angeles to solve the city’s notorious traffic jams. But for now, it’s only solving a 1.7-mile traffic problem in a Vegas convention center (and drivers are required to drive under 35 miles per hour.)

Boring Co. does have plans to build out the Vegas system. In December 2020, the company submitted proposals to Clark County about a plan to build two routes on and around the Las Vegas Strip.

On Tuesday, Fort Lauderdale Mayor Dean Trantalis was quoted by NBC as saying the city was “very, very close to a deal” with Boring Co. to build a $30 million, three-mile tunnel that would run from downtown Fort Lauderdale to just below the entrance to the beach.

However, underwhelmed by the debut of the Vegas loop and slow progress in other cities where Boring Co. has construction deals, tunnel experts are skeptical whether the Musk-led company will ever deliver its promise.

“I don’t see any new technology being mentioned,” Jian Zhao, a professor of civil engineering and a tunnel expert at Australia’s Monash University, said in an interview with NBC. Zhao said he couldn’t see how Boring Co. would be “able to do things as they promised” with their current approach. 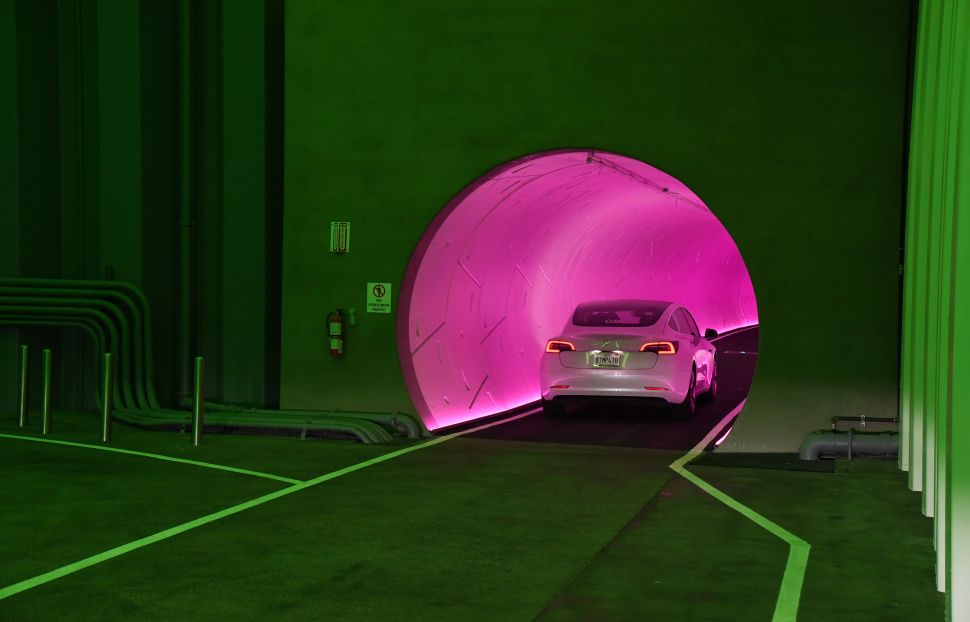