The world’s second richest man Elon Musk, despite a net worth of $166 billion, famously doesn’t want to own any assets so that he can focus on the bigger missions of making Earth greener (Tesla) and moving human beings to Mars (SpaceX). He’s not kidding. The multi-billionaire recently said he’d sold all of his mansions in California except for one event house in the Bay Area.

But the man still needs a place to live. Earlier this month, Musk tweeted that his primary residence now is a small rented house in Boca Chica, Texas, near SpaceX’s development and test site.

The Houston Chronicle revealed in a Monday report what the inside of Musk’s humble home looked like: It’s literally a box—a mass-produced, 20 feet x 20 feet foldable, prefabricated home made by Boxabl, a startup making modular instant houses.

“The ‘Boxabl Casita’ Musk reportedly lives in is set up like a studio apartment, with one large room partitioned into a living room and bedroom area, a fully equipped kitchen band a bathroom with a tub shower,” the Chronicle reported.

Last November, Boxabl posted a video on YouTube announcing that the company had just built a Casita house for a “high-profile” and “top-secret” customer in Boca Chica. The customer was apparently related to SpaceX because the house shown in the video had a poster of a SpaceX Falcon 9 rocket on the door.

The identity of that top-secret customer became even clearer after Musk tweeted earlier this month that his current home is a $50,000 house in Boca Chica.

Just interviewed @_BOXABL CEO. 3 prototypes exist. 2 used by Boxabl. 3rd? "Can't say" where that is. Separately asked if @elonmusk is living in a Boxabl: "can't say." So Elon, how is it? 😂 Anyway, great concept for CA. I'm running for Governor & CA needs this. Let's see final $. https://t.co/DuBWzoxL7q 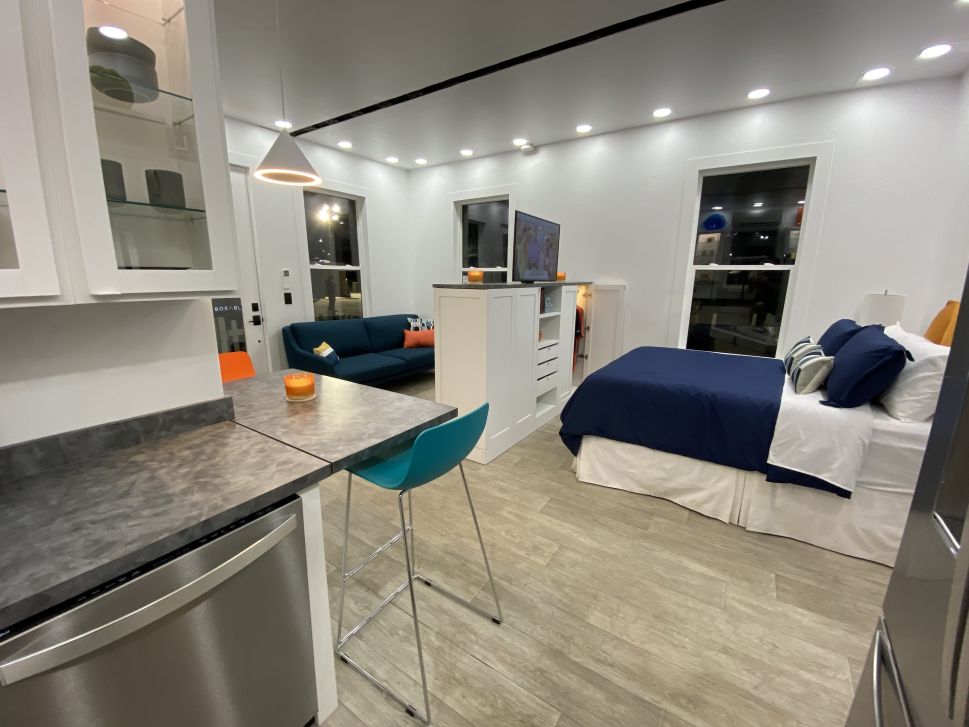