After a formal and emphatic request from the Ethiopian government, the auction house Busby in Dorset has removed two objects, a group of horn beakers and a leather Coptic bible, from its auction roster. The reason given by the Ethiopian embassy was that the objects were found to have been looted by British forces during the Battle of Maqdala in 1868, a brutal assault of the palace fortress of Maqdala in what was formerly known as Abyssinia. The embassy’s request also is not the first one the Ethiopian government has made in pursuit of lost items, many of which have not been fulfilled.

The items in question had been listed by the auction house for approximately £700. In a letter to the Busby auctioneers, the Ethiopian government emphasized that the listed items represented essential nexus points of the traumatic incident in Ethiopian history. “In the government’s view the auctioning of these items is, at best, unethical and, at worst, the continuation of a cycle of dispossession perpetrated by those who would seek to benefit from the spoils of war,” the request from the Embassy read. “Maqdala is really important in terms of the shared history between the UK and Ethiopia, so today is a big day,” a spokesperson from the Ethiopian embassy added to the Guardian. “A small step.”

Last year, the Ethiopian embassy also began talks with Britain’s Victoria and Albert museum regarding the return of objects housed in the institution that had also been looted in the aftermath of the 1868 Battle of Maqdala. These moves are in keeping with a larger global shift towards museum decolonization and the return of looted artifacts to their countries of origin. In March, reports emerged that Germany was in talks to return its Benin bronzes to Nigeria, and the return of objects looted by France to Benin and Senegal has been in the works for years. 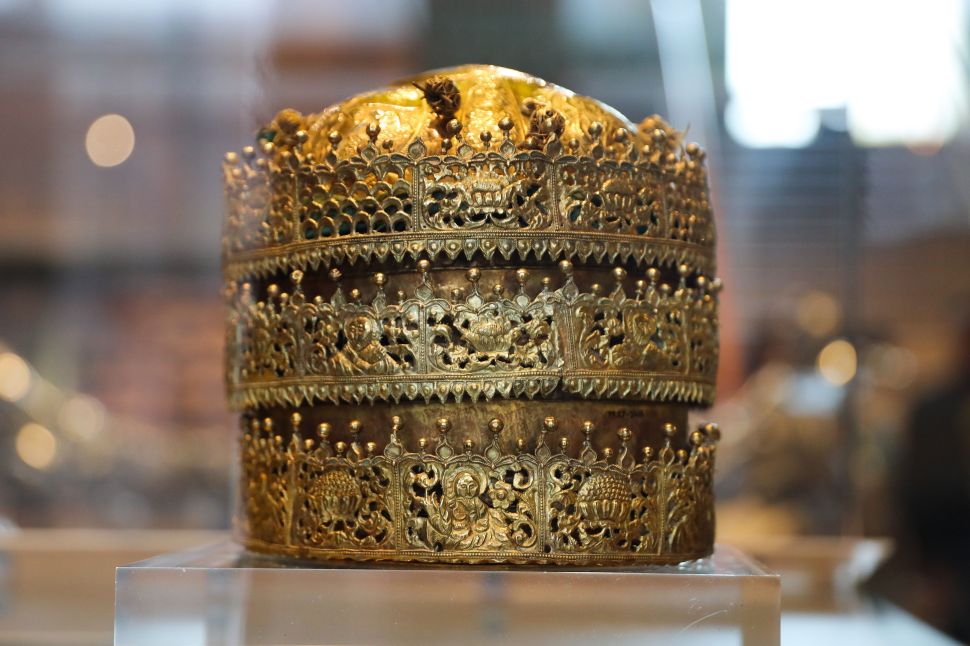