About half of the world’s 7.6 billion people currently live in cities. That number is expected to rise to 70 percent by 2025, according to the United Nations’ projection. Come that time, today’s already strained urban transportation infrastructure will certainly be unable to deal.

One possible solution floated by future-minded entrepreneurs is what’s called electric vertical take-off-and-landing (eVTOL) vehicles, commonly known as flying cars or urban air taxi. eVTOLs don’t require a runway and are much quieter than traditional helicopters, making them perfect for day-to-day city use.

Morgan Stanley estimates that the urban air mobility market will be worth $1.5 trillion by 2040. But for now, it’s largely nonexistent. A number of startups are racing to lift the first commercial eVTOL off the ground sometime around 2023. Despite their early-stage development and uncertain future, urban flying cars have attracted some serious interest from major corporate clients, such as United Airlines.

Last month, Observer interviewed Brett Adcock, cofounder and co-CEO of Archer Aviation, a Silicon Valley eVTOL startup expected to go public through a SPAC merger later this year. Adcock discussed how eVTOLs could completely change urban transportation and foster a new class of “urban micro-explorers,” as well as the challenges the eVTOL industry as a whole needs to overcome in order for this novel technology to succeed.

What problem does Archer set out to solve?

Urban living is on the upswing. While it’s exciting to see our communities flourish, the current infrastructure of our cities is unable to handle this kind of growth.

To combat overcrowding, air pollution and the inevitable effects of increasing traffic on our roads, we believe mankind should take to the sky, opening up a new dimension of travel. Urban air mobility networks will have a transformative effect on the future of cities, transportation and sustainability.

Los Angeles is the first city Archer plans to roll out commercial service. How do you picture everyday traffic in one of America’s most congested city in 5-10 years should eVTOLs become a norm?

Our eVTOL that can carry four passengers for 60 miles at a speed of 150 mph while producing minimal noise. When put into practice, that means, instead of being stuck in hours of traffic, LA residents can travel from Malibu to downtown LA or LAX Airport to Orange County in under 15 minutes.

We believe this unprecedented level of access will usher into the age of the micro-explorer, untethering people from their daily lives and opening up new, exciting experiences, whether that’s a morning beach trip to Malibu or an evening meal in Long Beach—all at the price of an UberX.

What do you see as the main challenges eVTOL makers have to overcome in order for urban air taxi to go mainstream?

I think the industry’s main challenge is navigating the certification process. The certification of world-changing technology requires a substantial amount of capital and time to ensure that we bring electric aviation to the market safely. We are confident that Archer will be one of the first eVTOL companies to achieve FAA certification for commercial use.

What is Archer doing to get the FAA and municipal governments on board? How would you describe your experience working with regulators?
We are working in close collaboration with the FAA to evaluate design and compliance approaches. We expect Archer aircraft to take to the skies this year and are on track to have our vehicles available for public use by 2024.

In LA, we’re working closely with the city of LA and Urban Movement Labs to educate the city’s residents about the new transportation technology and develop strategies to integrate UAM into existing transportation networks.

Aerospace companies large and small, as well as many automotive companies, are investing in or developing their own eVTOL tech. How does Archer plan to navigate competition in this emerging industry?

We are defining an entirely new market segment. I believe the space is big enough for multiple businesses to be successful and we have a great vehicle design and team to lead the market here.

Archer is the only eVTOL company launching a customer-focused electric airline that will open up new exploration possibilities. We are targeting routes of between 20-60 miles. If you look at studies of inner-city travel, a high percentage happens within a 60-mile radius. We chose to create our service for that optimum range to supply the best travel experience. We’re really focused on improving urban mobility and making it possible for people to embrace this new age of micro exploration.

We are also the only eVTOL company in the world with a contract from a major airline (United), which will help finance and accelerate Archer’s expansion into urban air mobility. In addition, we entered a definitive agreement with Stellantis, one of the biggest manufacturers in the world, granting Archer access to their low-cost supply chain, advanced composite material capabilities, and engineering and design experience. Partnerships like this will make our route to market faster and smoother.

Archer has a SPAC listing coming up. Many companies that went public through SPAC mergers last year have seen their market interest fade lately. Have recent market conditions affected your outlook or business plan in any way?

SPACs are a much more time-efficient method of raising capital versus traditional IPOs. They allow larger sums to be raised in a shorter time and therefore accelerate our overall timelines to market. Additionally, partnering with an investment group like Atlas Crest allows us to benefit from more than just capital, but their business expertise.

Our optimism regarding our SPAC listing has not wavered during the various fluctuations in the market, and we are still confident in our decision to pursue a SPAC deal. 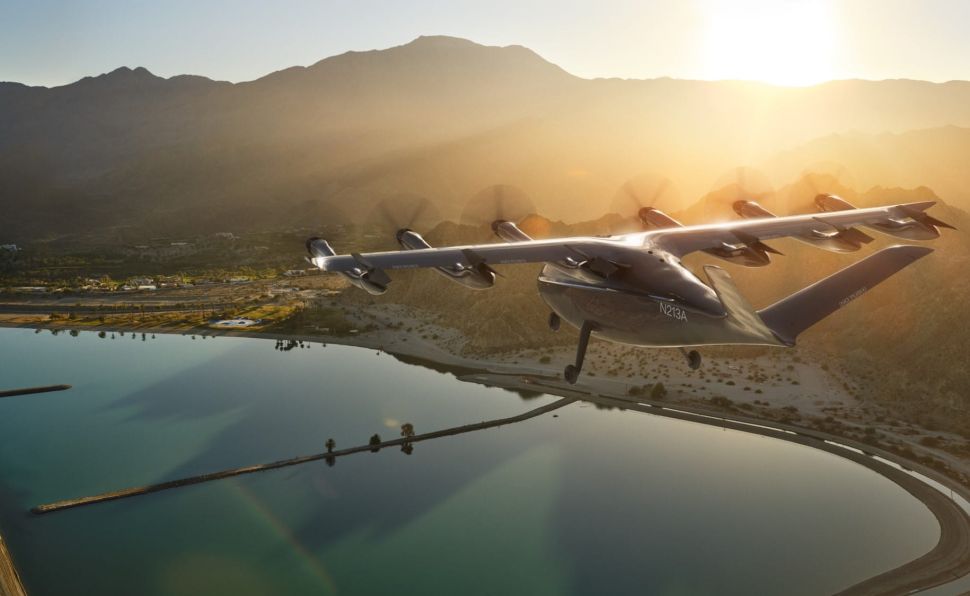