The Fast and Furious franchise has evolved from a Point Break knockoff about illegal street racing to a globetrotting soap opera about found family, fast cars, and gravity-defying stunts. While F9, the ninth entry in the main story, has been advertised as the moment the franchise finally becomes a meme and goes to outer space, the biggest moments in the blockbuster involve the long and complicated history of the characters and their interpersonal relationships. The “family,” if you will.

This is why Universal’s marketing has been focusing as much on the outer space stunt as it has on the return of fan-favorite character Han (Sung Kang), and the introduction of John Cena as Jakob Toretto, the long-lost brother of Dominic (Vin Diesel), a man whose entire personality revolves around family yet never mentioned this younger brother. (Editor’s Note: We counted seven utterances of the “Family” F-Bomb in F9).

It is this storyline that serves as the emotional crux of F9, as it pays off one moment in Fast and Furious history that we’ve heard about for 20 years but have never seen — when Dom’s father died in the middle of a race. It is this precise moment that sent Dom down a path of crime and street racing after being banned from the legal kind when Dom beat the crap out of the guy he thought responsible. The Fast and Furious franchise never forgets anything, in a way that most other franchises do not.

The death of Dom’s father was a footnote in the history of the franchise, but returning director and now co-writer Justin Lin uses F9 and the character of Jakob to muddle the idealized concept of family Dom constructed his persona around (while hilariously explaining the very messy multicultural identity of the Torettos, who went from being explicitly coded as Italian, to being coded as Latinx before John Cena came into the mix). Cena does a good job of rising up to Diesel’s over the top melodramatics, giving audiences their first true glimpse into the inner psychology of Dominic Toretto as he faces an existential crisis regarding his role as a father and the patriarch of the Fast family when he was never able to prevent the death of his own father.

Does it feel out of place to have such moments of self-reflection in a movie where a Pontiac Fiero goes to space? Absolutely not, and in fact, is the kind of moments that help connect the more outlandish tone of the latter entries in the series to the smaller first few movies.

But somehow lost in the Toretto family dynamic is Mia (Jordana Brewster), sister to Dom and Jakob who despite having as high stakes in that story as her brothers, barely interacts with either Dom or Jakob. That being said, F9 does make the effort to finally put Mia behind the wheel and into the thick of the action in a way no previous film had, even giving Mia a moment alone with Letty (Michelle Rodriguez), who we’re told are meant to be childhood friends but had never shared a moment alone until now. The scene is brief but significant, as they talk about how their lives have changed, and whether they can truly keep up. For a franchise that prides itself on the diversity of its cast and having women at the forefront, this is actually the first time the women do something unrelated to the male characters, but it will hopefully not be the last.

The trend of giving us character moments we haven’t seen even after nine movies continues with arguably the highlight of the film. Early on, Roman (Tyrese Gibson) offers a rare moment of self-awareness and questions whether the characters in the movie are maybe invincible, because otherwise how can you explain the things they have survived? Better yet, Roman offers this theory just minutes before a tank literally falls on top of him, but he walks it off looking dazed and confused. Where Roman and Tej (Ludacris) have long served as the franchise’s comic relief, F9 manages to give them some moments of genuine emotion during the aforementioned Fiero-in-space scene. Seeing Earth being reflected on Roman’s space helmet, and then having him actually consider the possibility that he’ll die in the vastness of space brings a moment of self-reflection we don’t really see in these movies, especially from a character like Roman. But it somehow works because of how earnest the performances are.

Sadly, while the gravity-defying stunts work just as well as they usually do, the return of Han isn’t as perfect. F9 spends a significant amount of time weaving in an explanation for Han’s miraculous survival from an exploding car to the plot of the movie, giving Han the key to the MacGuffin Cena’s Jakob is after. The problem is that this explanation works for F9, but gets in the way of the film where we first meet Han as a racer, Tokyo Drift. For a movie so preoccupied with respecting its past, this feels like a betrayal. However, the deus ex retconning is not what makes Han’s return worth seeing. It is the way the other members of the Fast family react to Han’s return that makes any retconning worth it, with everyone from Tej and Roman, to Letty, to the returning main characters from Tokyo Drift all reacting differently according to how long they’ve known Han.

With nine movies, a spin-off film and an animated series under its belt, the Fast and Furious franchise is heading to what are meant to be the last two entries in the saga. While many fans will be wondering how they can top the space Fiero, a more important question is what characters should get their moment to shine in the next movie. It is highly probable that Jakob will fully join the team in the next movie to earn his redemption, but after F9 proved the franchise can successfully mine its own past to provide new and exciting storylines, why not use their absurdly big family and focus on the people we already know?

F9 has a fantastic joke where Ramsey (Nathalie Emmanuel) admits that she doesn’t drive. Why not spend a couple of scenes showing Dom or Letty teach Ramsey how to drive? After opening the gates to the cast of Tokyo Drift, who seemingly became rocket scientists based on no prior hint of their mathematical skills, why not have them join the team as super engineers that design flying cars for the team? As F9 proved, the sky was the limit, but it can always be pushed. 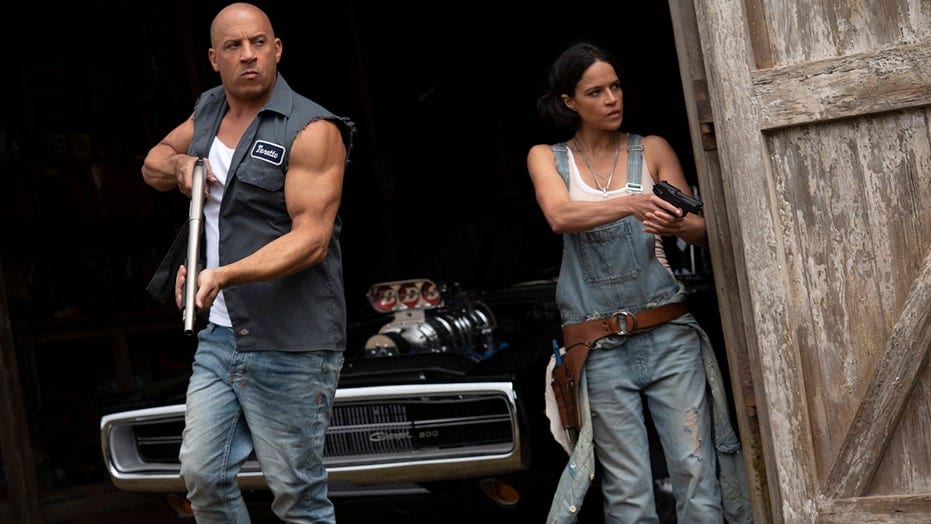