Writer and director John Lee is the first to admit that his new film, False Positive, is not a whimsical, easygoing journey. The film, on Hulu today, marries horror conventions with a meditation on grief, evoking classics like Rosemary’s Baby and Videodrome in the process.

“I don’t know if this movie’s fun, but dread is anticipation, right?” Lee tells Observer. “That feeling of you don’t know what’s going to happen, but you know it’s not going to be good—that’s an important feeling. There can be fun in that, too.”

The idea for False Positive began to germinate after Lee and his wife suffered a miscarriage nearly a decade ago. It was a few years after his father had died, someone Lee calls “a big influence in my life comedically and inspirationally, and the director was reading J.M. Barrie’s Peter Pan, which resonated with him as he thought about the Darling parents waiting for their children to return.

“The closest thing we have to [Franz Kafka’s] Gregor Samsa in our lives is birth.”

“It made me rethink how I felt about ghosts and the past and how do you memorialize somebody,” he remembers. “I would have dreams of my father at the time and wake up so excited I got to spend the day with him — whatever the dream was. The synthesis of that created the ending that’s 90% still in the movie. The ending is accurate to that inspiration of the cross of Peter Pan and loss and how we wrestle with ghosts.”

To get to that ending, Lee needed a story. He considered a lot of intersecting ideas, from the lack of mental and physical health care support in the U.S., to what it means to grapple with the loss of a child. His first draft of the script was what he calls “an emotional tone poem that wasn’t quite a movie,” but it felt like there was something there. It wasn’t until he shared the script with Ilana Glazer while directing the “Jews on a Plane” episode of Broad City that Lee found a collaborative partner who could help him give the screenplay more shape.

“We molded it into a story,” Lee notes. “Less of a feeling or a psychological fever dream and more an actual thing you could hold on to.”

The film follows Lucy (Glazer) and her husband Adrian (Justin Theroux) as they struggle to get pregnant, as Lee and his wife did. That’s where the real-life comparisons end. Adrian calls in a favor with his former professor, renowned fertility specialist Dr. John Hindle (an eerie Pierce Brosnan), who uses cutting-edge technology to impregnate Lucy. Soon though, she begins to suspect that sinister forces may be at play. Lee and Glazer knew from the outset that the horror genre was the best place to explore the film’s themes, although False Positive is more in the vein of David Cronenberg than John Carpenter.

“I now have two daughters and seeing my wife metamorphosize — the closest thing we have to [Franz Kafka’s] Gregor Samsa in our lives is birth,” Lee says. “Seeing that, I was like ‘This is the most Cronenberg experience we’re ever going to get.’ As a human being, the change you go through is not just physical, but it can be mental. It can be profound. All these things clearly change at the time of birth. I tend to enjoy the things that are uncomfortable. When I get on a rollercoaster I tend to laugh and some people scream. That, to me, speaks to how I feel about the world.”

Lee drew on a lot of inspirations when filming False Positive’s creepy, surreal scenes, including Cronenberg, as well as David Lynch and Stanley Kubrick. He cites Luis Buñuel as someone whose surrealism is interesting because the realism is so tangible and well-drawn. “Some of those directors are people who find the uncomfortable quality in the real,” Lee says. “It’s a genre I like to call ‘nervous laughter’ or ‘psychological satire.’ That thing where you don’t know how to respond. You laugh because it’s the only release of tension you know how to do. And if I can make you feel that way that’s the goal.”

It’s something he’s certainly achieved in False Positive, which has a lot of jarring, unexpected moments, including its tumultuous climax. One of the most provocative images is seeing a charming James Bond star like Brosnan play a fertility specialist who is constantly lubing up various medical instruments for insertion.

“The first time I showed [the film] to a friend, and they saw him lubing up, they gave a little sigh, like ‘Come on now,’” Lee remembers. “The second time he did it they were like ‘This is too much’ and the third time he did they laughed. It took that third time to really understand where I was going with the tone. We linger on this lovely, really handsome man for a little bit too long. When we sent [Brosnan] the script he understood the bit. His wife really embraced the idea of it and thought it was important, while also understanding the humor of the character. It was a thrill. And who doesn’t want him as their doctor, even knowing what you know at the end?”

While False Positive may seem like a shift for Lee, who is best known as TV series creator and director, it follows in the vein of building off-center stories that play with audience expectation. Like his work directing episodes of Broad City and Inside Amy Schumer, as well as 2016 film Pee-wee’s Big Holiday, False Positive gave Lee an opportunity to investigate deeper themes with humor and weirdness, although this was a much more extensive, more personal endeavor.

“Most of the shows I’ve made on my own have all been fairly personal,” Lee says. “And strange. Wonder Showzen and The Heart, She Holler — they’re all about things we were all talking about and thinking about in the world, politically. This is the one I’ve done without [my producing partners] and that was a little more isolating. That was part of the journey. Ilana was 100 percent a great partner in writing, but we were new to it. That was a really strange experience for sure.”

He adds, “I feel like everything I’ve ever made has been with a purpose or a reason, personal or not. I’m interested in all those things. I’m interested in making whatever inspires me. But if I look back at the work I’ve made there is definitely some sort of mission I have. Clearly, I’m making stuff that is both personal and for a purpose.”

Whatever viewers think of False Positive, Lee hopes that purpose is clear. The film asks some questions that may not be the most comfortable to answer, especially with its ending, but for the director it’s not about a jump scare or a plot twist so much as it is about how you feel when it’s over.

“I’m not into secrets and twists, so much,” Lee says. “There are some in this movie, but for me it’s always the journey to get to them.”

False Positive is available to stream on Hulu now. 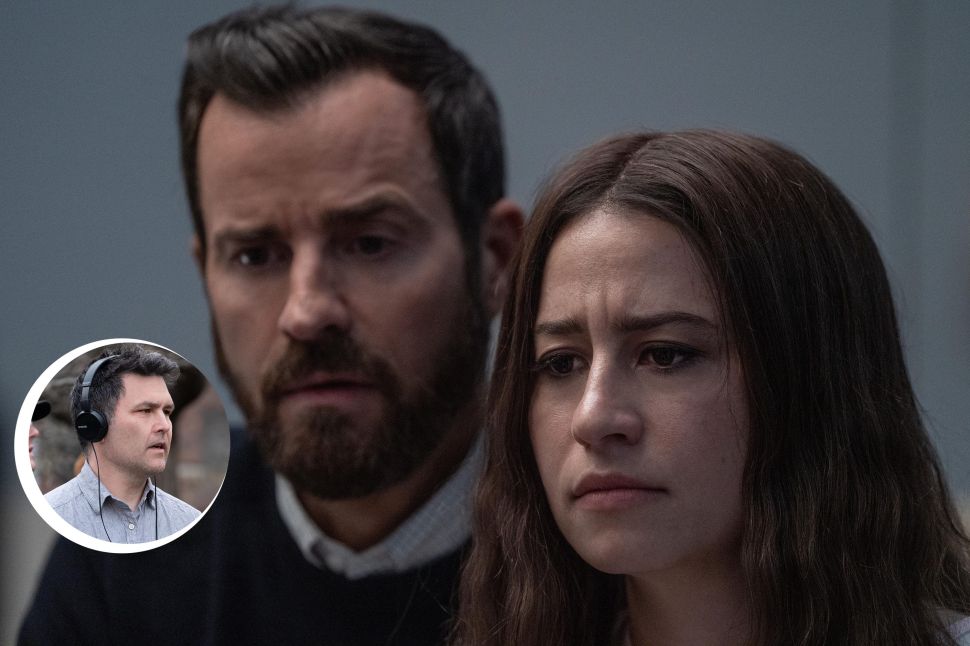