When the first installment of the Fast & Furious franchise arrived in 2001, it served as a super-charged update of the venerable “B movie” fast cars and youth culture films of the 1950s and ’60s. The chemistry of the main characters and the high-octane action proved irresistible and offered the pure popcorn adrenaline rush only associated with the big screen. F9, which zooms into theaters Friday, is now poised to capitalize on its current international success ($292 million as of this writing) and parlay that into one of the biggest films of a most unusual summer movie season. The hope and expectation is that it will drive North American audiences back into multiplexes faster than Dom Toretto’s Dodge Charger R/T.

The Fast & Furious franchise has long been built around the idea of defying not only the laws of physics, but also common sense. It’s the only reality where gravity is at the behest of automobiles and not the other way around. In that never-ending pursuit to up the ante, it has become one of the longest-running unbroken franchises in history that didn’t fully reboot or retool itself à la Batman or James Bond. Unlike its blockbuster compatriots, however, the Fast & Furious series doesn’t derive its origins from popular source material or pre-existing successes. There isn’t 40 years of history behind it like Star Wars, decades of pent up comic book fandom like Marvel and DC, or even a series of successful novels and YA fads that led to The Hunger Games. It’s an original that has grown into Universal’s crown jewel and the unlikeliest of megabucks Hollywood successes.

As every major studio scratches and claws in the ceaseless hope of unearthing a lucrative franchise, it’s worth looking back on how Universal arrived at this $6 billion-plus box office perch.

Across its first two theatrical outings, the Fast and the Furious series earned more than $440 million total. When the bigger budgeted Tokyo Drift disappointed, the future of the franchise was unclear. But as we saw more recently with the studio’s quick pivot away from the sunken cost of the Dark Universe, Universal doesn’t panic. It mobilizes.

“Just when everyone thought the series was going straight to home markets after Tokyo Drift, they brought back Vin and Paul Walker for Fast & Furious and the rest is box office history,” Jeff Bock, Senior Box Office Analyst at Exhibitor Relations, told Observer.

No one could have predicted the massive success to come after the franchise looked to be fading following the third installment. Many look back on Tokyo Drift as a misstep. In reality, it proved to be the catalyst necessary to accelerate the series.

“Universal didn’t just give up on the series because Tokyo Drift didn’t make as much money,” Paul Dergarabedian, senior media analyst at Comscore, told Observer. “Instead, they went back to the roots of the franchise. They expanded the scope and breadth and the international flavor. They added big stars into the mix. It’s been all about adaptability and evolution for the franchise ever since.”

2009’s Fast & Furious, which reunited Diesel and Walker for the first time since the 2001 original, set new series records in both opening weekend ($71 million), domestic gross ($155 million) and worldwide gross ($359 million) at the time. Today, the franchise has collected more than $6 billion at the worldwide box office.

Universal methodically grew the Fast & Furious series from an unlikely modest success story to a globally dominant blue chip franchise. That doesn’t happen by accident. It happens through a strategic expansion of demographic.

“Universal was way ahead of the curve in making Fast & Furious a culturally diverse series,” Bock said.

Widening the scope of the series from a narrow American viewpoint to a more international collective helped reinvigorate and grow worldwide interest in the series. Both Furious 7 (2015) and The Fate of the Furious (2017) earned more than $1 billion in international ticket sales outside the U.S. Over the last decade, Fast movies earn close to 75% of their worldwide gross internationally. It’s not rocket science (though that is present and accounted for in F9): A diverse cast can lead to worldwide success.

Good Times at the Movie Theater

There’s a decidedly old school vibe to the Fast franchise. Similar to the over-the-top tone and stunts of action movies from the 1980s and ’90s, Fast & Furious is a series that quickly learned to lean into the absurdity of movie magic, occasionally at the expense of the Tomatometer.

In F9, Tyrese’s character acts as a mouthpiece for the slack-jawed audience raising an eyebrow to the gang’s increasingly nonsensical maneuvers. In a self-aware wink at the audience, he explains his theory of invincibility and notes how crazy their encounters with cars, trucks, tanks and submarines have truly been.

“What really kept this franchise going was the fun factor, unbelievable word-of-mouth and rewatchability,” Bock said. “Escapism at its cheesiest and most digestible. Fast & Furious is pure Hollywood gold for Universal. This is their superhero franchise.”

“It’s really reached a point where, in this movie, they genuinely smile and wink at the audience.”

Letting the audience take the wheel

Franchise success in Hollywood requires a bit of magic, a dose of metaphysics, a lot of luck, and great casting. But for a series as deliberately over-the-top as Fast & Furious, a fan-first mentality doesn’t hurt either.

“It’s really reached a point where, in this movie, they genuinely smile and wink at the audience,” F9 co-star John Cena told Observer. “It’s almost like an homage to the fans across the world, as a way of saying ‘Thank you for allowing us to do this.’ That’s just another facet that Fast does that lets everybody in. It’s been able to grow with the demands of its audience.”

Nowhere is that more prevalent than in the upcoming movie, which has advertised the return of Sung Kang’s Han, a character that seemingly died at the end of Tokyo Drift. As Cena explains, director Justin Lin listened to the fans who created a #JusticeForHan social media campaign and decided to revive the character. Is it ridiculous? Absolutely. But is it a crowd pleasing move likely to help sell a few extra tickets? Very likely.

As the series has progressed, Universal has deliberately gone after some big names in the casting department to continue drumming up excitement and interest. The series has a unique understanding of what its audience wants on a base level and decided long ago to keep giving it to them. Everyone is in on the joke.

Paying off for Universal Studios

Universal Studios has long impressed with its ability to compete with Disney and Warner Bros. without the aid of superheroes or Jedi. Part of that creativity is how nimble the studio manages to be. After Tokyo Drift, it reassessed and changed directions on the fly. Contrast that with the stumbles other major franchises have run into at rival studios and the ability to course correct is an underrated element of franchise development.

“Having a studio that was not so monolithic that it would take too long to make decisions that would positively impact the franchise moving forward is a key to its success,” Dergarabedian said.

The studio doesn’t blindly throw money around. The most expensive Jurassic World feature was 2015’s legacy sequel that cost “just” $215 million, a manageable expenditure for a supersized budget (the 2018 sequel carried a production budget of $170 million). The most recent four films in the sprawling 20-year Fast saga were also the first four films to exceed $125 million production budgets. As the most expensive film in the franchise thus far, The Fate of the Furious ($250 million) still falls behind the costliest outings in Marvel ($400 million), Star Wars ($306 million), DC ($300 million) and James Bond ($300 million), per The Numbers.

“Every studio head goes to bed at night dreaming of a franchise that starts from this little germ of an idea and then builds into a 20 year multi-billion franchise. That’s the prize,” Dergarabedian said. 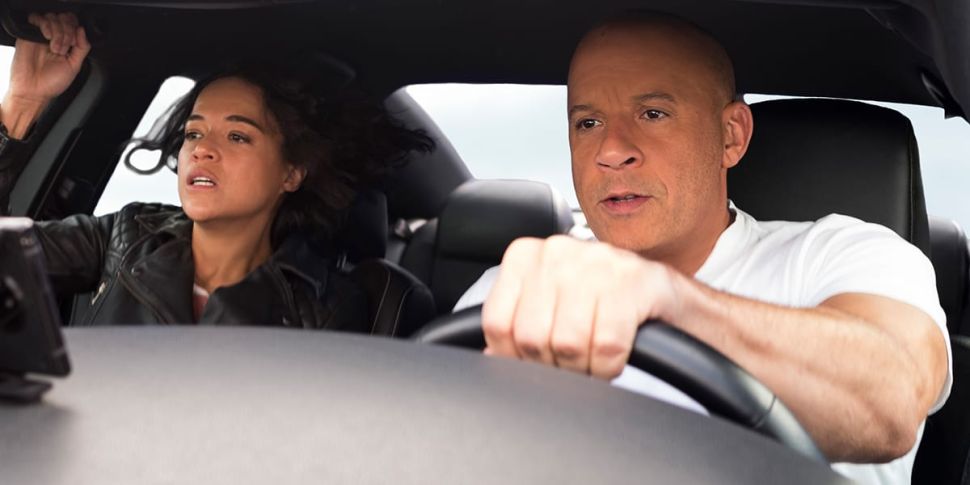